Like all sports, netball is facing an uncertain time as the coronavirus pandemic brings a halt to not only the sporting calendar but day-to-day life as we know it.

The Vitality Superleague has been suspended until at least April 30 and netballers are awaiting the green light to resume careers that, unlike some of sport's superstars, do not have the security of lucrative contracts.

Scotland head coach and Sky Sports expert Tamsin Greenway looks at the Netball Players Association and what it can do for the athletes during and after their careers.

Nothing feels quite real at the moment, with so much change and so much happening. As netball pauses at all levels in England, I think that the role of the Netball Players Association (NPA) and its importance comes to the fore even more

The NPA is something that I feel very strongly about and it's something that I believe is absolutely vital. It's vital, not only when it comes to netball's movement on the road to professionalisation, but also in times of crisis like this.

Even though I won't be taking to the court again I still went ahead before the start of the season and paid my alumni membership fee for the year.

As we look back on how much the Superleague has developed in terms of venues, sponsorship, salary caps, kit deals, intensity and even players getting agents, it's become clear that both players and clubs need a greater understanding of the role of the NPA has and begin to back it.

In England, there's still a massive lack of clarity as to what it means, what it does and more importantly what it can achieve. You can see that by the fact that not all of the players have signed up to it yet 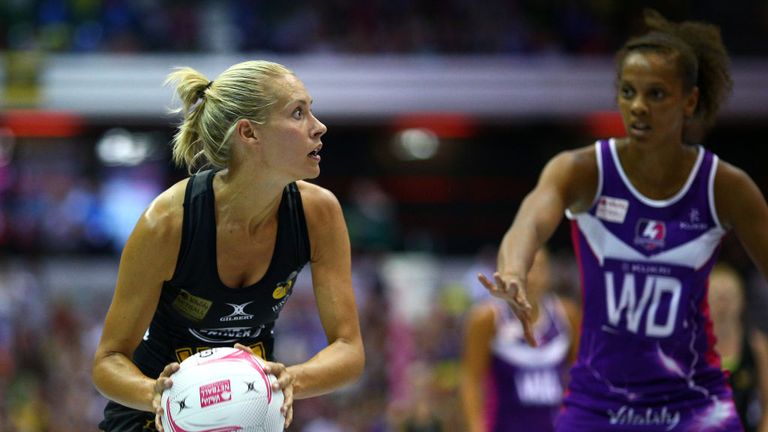 The NPA gives players a voice. It gives them a collective voice and one that’s stronger than they could ever be as individuals.

The NPA conducted a survey recently and asked players what they wanted? The two key elements that came out of that, was that they didn't feel like they were being heard by the decision makers and that they needed support in transitions through and after their playing careers. Both are major issues.

Having played, coached and worked behind the scenes for such a long time it's something I've witnessed first hand. Also looking at what's happening right now, with so much uncertainty, this support is vital.

To have a voice and understanding of contracts and commercial rights. To mould what a future could look like (on and off the court) and not just be forced into a one size fits all, is so important for the players.

The @netballpa have done so much for the players. In any uncertain situation they are always there for us and make sure that the players have a collective voice. So important that this continues which means we all need to be signed up ⬇️⬇️⬇️ https://t.co/ViBs7l6WJh

As players aren't fully professional, I believe that right now not all understand about their image rights and the regulations that are in place around their use with commercial sponsors. They're not sure how to negotiate contracts, or even what happens to their contracts in situations like these right now.

They feel worried to speak out about club and country commitments. They don't know how to balance life, uni, work with the expectations of the game and some don't know about the opportunity that may await them after the game. The NPA has the knowledge and tools to change that and to advise them on all these areas

This support comes through individual players but also in the form of a collective. For example, medical insurance has been addressed and the NPA has not only secured an affordable insurance cover for all members, but they have also made sure that all clubs have to insure their players from 2021. This is a huge win for players and a big step for the sport.

However, until players join in with the NPA as a collective, their work cannot be as impactful as it could be. If all players bought in, then that allows widespread education on these areas. It gives players a much louder voice and it gives them a unit that’s fighting every player’s corner. But until that happens, we’re still living in a very amateur era.

And, it's not only about the commercial and the financial elements, there's the other side of the game too. The NPA have other partnerships and the ability to facilitate areas such as sports psychology and lifestyle development which can help a players' mental health, which right now, as players are left in limbo, seems crucial.

Superleague netball players aren't earning the type of money where they can put their feet up once their career ends or even during it for that matter.

When players' careers stop, normally between the ages of 30 and 40, they need to have something else, a career or an option to continue their working lives. It's ensuring that's thought about by players before it comes to crunch time.

In Australia and New Zealand, their Netball Players Associations have been present for years and are integral. When I went over to the Queensland Firebirds, I saw first hand how important an NPA was as the game began its professional journey. It's been supportive of the players and the game ever since.

For example, a minimum salary cap was introduced so all players were paid and discussions about the cap have been constant, regarding players not over expecting and clubs properly looking after all players. There were also rest periods and rules about how much training players could do to ensure that they weren't being taken advantage of.

This is another key area that I think can support our athletes; aiding athletes in understanding their worth, upping their knowledge about how the salary cap is enforced and also around the budget of the clubs.

Very lucky to have an NPA who have been so proactive.. please sign up if you haven't already you never know when you may really need their services like we all have that last few days https://t.co/d5bE98hYn5

A Netball Players Association is a safeguard for players. As the game becomes more commercial, money comes into play and that's to be expected. But, it changes the dynamic and priority of everyone and often players feel the brunt.

Often, when Players Associations arrive, they can be seen as a threat. However, it's for clubs to understand that moving into a more professional era, the players need to be represented properly. It can make everyone's work easier and actually be a really productive partnership.

If we're all saying that we want netball to become professional, then the reality is that things will change for everyone. I understand that change is scary, especially for players, staff and clubs who have been with the sport from the start but having a thriving NPA will be invaluable in the long run.

We’re wanting to keep the netball chat going so get asking....can hopefully bring some much needed distraction 👍🏼 #offthecourt https://t.co/St8uPT0OFj

Ultimately, the momentum needs to come from the players to ensure that the body which represents them has the chance to do that fully and completely moving forwards.

This is the time that players need to come together and make a stand. It happened in rugby with the Rugby Players' Association and I see it as being a really important step and time in netball's development in England

It has frustrated me that so many players haven't jumped on board already because this is such an important thing for the sport that we all love.

If players come together, at all clubs, at all levels, age and experience regardless of whether the issues impact them right now and see that the NPA is important for the game, for their teammates, the future players and for brand netball it'll be really powerful thing.

As we spend the next few weeks and months with so much uncertainty, I hope that when we finally do get back together, we'll have realised just how important it is to fully support each other and the NPA will be a great start for the netball family.