Aaron Rodgers led the Packers on a 10-play, 69-yard opening drive capped with a six-yard rushing score by A.J. Dillon, but it would be the only offensive touchdown in the game; the 49ers defense sacked Rodgers five times and Talanoa Hufanga scored their lone TD off a blocked punt 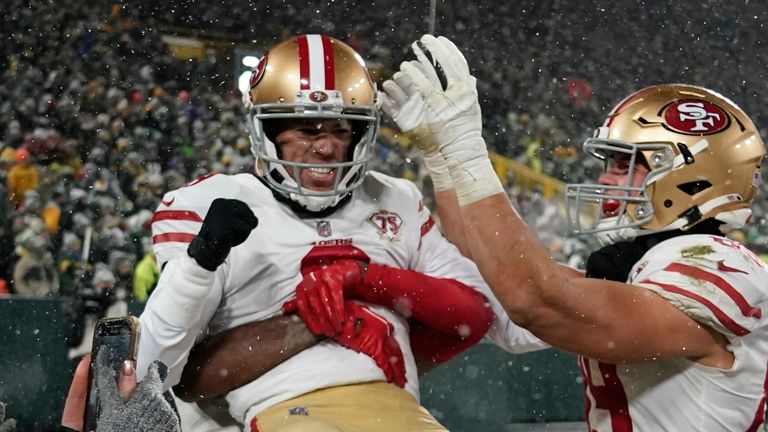 Robbie Gould kicked a 45-yard game-winning field goal as time expired to see the San Francisco 49ers beat the Green Bay Packers 13-10 at a snowy Lambeau Field and send them through to the NFC Championship game.

Aaron Rodgers led the Packers on an impressive 10-play, 69-yard opening drive capped by a six-yard rushing score by A.J. Dillon, but that was to be the only offensive touchdown of the night in a gruelling, defensive battle between the two teams.

The 49ers had mustered only 168 yards of total offense up till the moment, with four minutes and 41 seconds to go in the game, Talanoa Hufanga scored their lone touchdown off a blocked punt from Jordan Willis, returning it six yards to tie the game up at 10-10. The 49ers had also earlier blocked a Mason Crosby 39-yard field goal attempt on the stroke of half-time. 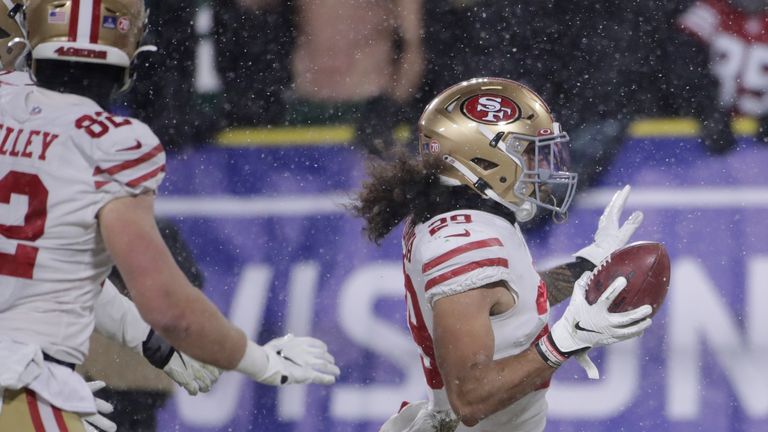 The San Francisco defense, who were superb throughout, sacking Rodgers five times - Nick Bosa and Arik Armstead with two each - then forced a quick three-and-out to follow, seeing the visitors get the ball back with three minutes and 20 still on the clock.

Jimmy Garoppolo picked up a couple of big completions to George Kittle and Deebo Samuel, before the latter then had a key nine-yard run on 3rd-and-7 that helped move the chains, run down the clock and set-up Gould's game-winning kick. 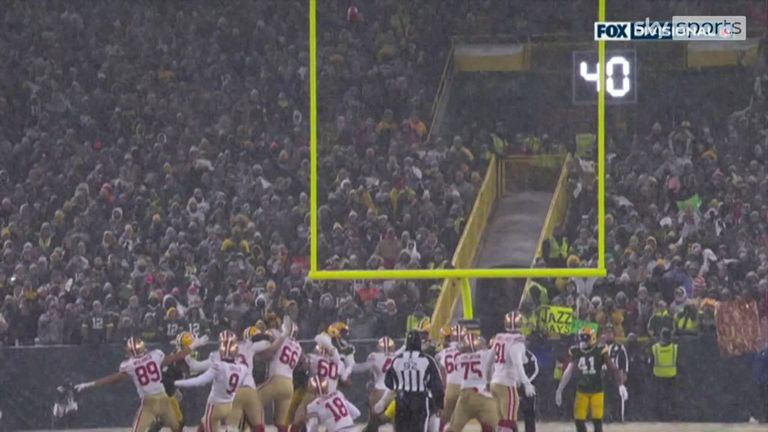 The 49ers will next travel to either the Tampa Bay Buccaneers or Los Angeles Rams for the NFC Conference Championship on Sunday, February 30.

The Bucs and Rams first battle it out at Raymond James Stadium on Sunday night (Kick-Off, 8pm) - live on Sky Sports NFL - for the right to progress, with the Buffalo Bills' trip to the Kansas City Chiefs (KO, 11.30pm) in the AFC rounding off divisional weekend in the NFL playoffs.