While Tom Brady was non-committal on his NFL future, Tampa Bay Buccaneers head coach Bruce Arians confirmed he would be back on the sideline next season; Arians also said he will give Brady time to decide his future Tom Brady neither confirmed nor denied whether he would still be playing in the NFL next season as he attempted to process the blockbuster finale that saw the Tampa Bay Buccaneers' Super Bowl defence end in defeat to the Los Angeles Rams.

The 44-year-old may have simply nodded to the 24-point comeback he had just led the Bucs on as evidence of his unerring powers upon being questioned over his future.

Tampa had trailed 27-3 in the third quarter before threatening one of the great postseason turnarounds when Leonard Fournette tied the score with 42 seconds left on the clock, only for Matthew Stafford and Cooper Kupp's 44-yard connection to set up Matt Gay's game-winning field goal as time expired.

Brady's future was evidently at the back of his mind in the aftermath.

"I haven't put a lot of thought into it, so," Brady told reporters. "You know, we'll just take it day by day and see, kind of see where we are at. The former New England Patriot has never shied from admitting his ambitions of playing at the age of 45 having won his seventh Super Bowl ring in his first season with the Bucs in 2020 before agreeing a restructured contract that includes the 2022 campaign.

He is notably coming off a regular season in which he led the NFL with a career-high 5,316 yards and finished with 43 touchdown passes despite injuries and departures at wide receiver.

Head coach Bruce Arians confirmed he would definitely be back on the sideline next season and said on Monday that he will give Brady time to decide his future. 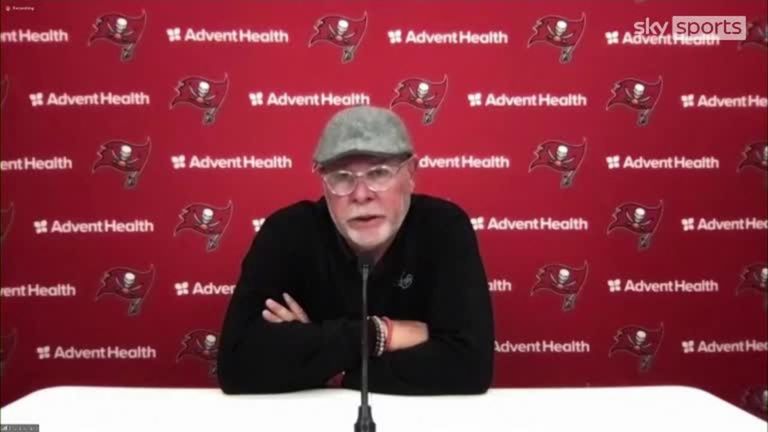 Asked about a contingency plan for Brady retiring, he added: "Yeah, we do that with every position. Quarterback, obviously, you start there. Again, we'll see where we're heading and wait and see what Tom does. But we'll be doing our homework, that's for sure."

Tampa were ultimately made to pay for a sluggish start that saw them manage just three points in seven first-half drives that had included a missed field goal and an interception. The comeback was on when the Bucs recovered Kupp's fumble to set up Fournette's one-yard score that reduced the deficit to 27-13 late in the third, before Brady found Mike Evans for a 55-yard touchdown to move his team within seven points after Cam Akers' had fumbled. 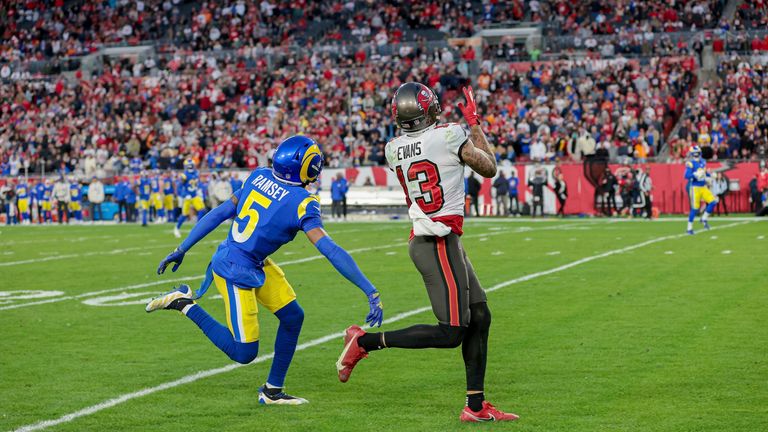 Another fairy-tale night was on the cards as Fournette levelled the score inside the final minute, but back came Stafford with his clutch playoff moment.

"It's the reality of football, you know. It's one team one year and then it's never the same after that. And you know, you got to work hard to put yourself in a position to be successful and we certainly worked hard," said Brady. "And you know, every team at this point does and every team is really qualified when you get to the final eight and then the final four, then the final two.

"And it doesn't feel good to lose any one of those games that I've lost each of those stages. So at the end, there's only one team that's going to be happy. Now it feels good to move on, when you move on. And obviously when you don't, you know whether it was last week or this week or next week or the week after two weeks after that. If you're the loser in that game at all, it all sucks to lose in the end."

The NFL playoffs continue this weekend when the Kansas City Chiefs host the Cincinnati Bengals in the AFC Championship game live on Sky Sports NFL from 8pm Sunday, followed immediately after by the San Francisco 49ers at the Los Angeles Rams in the NFC Championship game at SoFi Stadium.