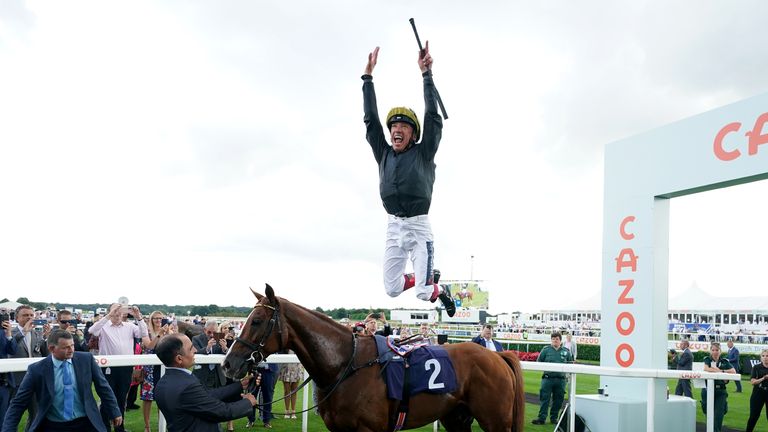 With his chief rival Trueshan missing this potential clash on account of unsuitable ground, Stradivarius was the 4-11 favourite to regain his crown on Town Moor - and the result was scarcely ever in doubt.

Given a confident ride by Frankie Dettori, the son of Sea The Stars cruised into contention in the home straight, with the popular Italian looking round for non-existent dangers as he moved alongside the front-running Nayef Road.

Once given his head, Stradivarius readily extended clear - passing the post with two-and-a-half lengths in hand over Alerta Roja, who beat Nayef Road to the runner-up spot.

"You want everything to go right and we were playing cat and mouse, with one in front and one behind. I was giving the one in front a bit of rope but not too much and was waiting for Jamie [Spencer, on Rodrigo Diaz] to come. 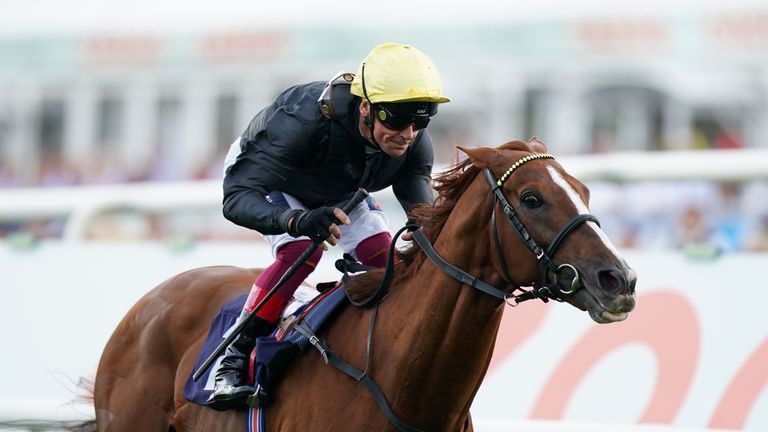 "I was the meat in the sandwich but when you have a horse like him, he makes it look so easy.

"It's probably the easiest race he's had since he won this last time."

There was no sign of any retirement talk for the seven-year-old, who Dettori reported to be as enthusiastic as ever.

"I can't believe how much he loves his racing and it's great for the public and me too that we've had such a champion for so long," Dettori said.

"I never had to hit him with my stick, he did everything himself. He was really enjoying it and was full of enthusiasm. Long may it continue."