War Lord gained handsome compensation for his fine run in a Grade One on his previous start with a hard-fought victory in the Cazoo Novices' Chase at Lingfield.

The Colin Tizzard-trained seven-year-old had finished a long way second behind Edwardstone in the Henry VIII Novices' Chase at Sandown - but showed he is pretty smart in his own right as he made it three wins from four races over fences.

Il Ridoto made the running in the four-horse affair with War Lord always on his heels in second place under Brendan Powell.

Taking closer order in the straight with three fences to jump, War Lord (11/10 favourite) had to work hard to overtake the long-time leader before landing the spoils by three and a quarter lengths. Faivoir edged Il Ridoto out of second place by a length.

War Lord was cut to 33/1 from 50/1 with Coral for the Sporting Life Arkle Trophy at Cheltenham.

Joe Tizzard, assistant to his father, said: "He deserved it. He has done nothing wrong all season. He is quite a progressive young horse. We have Doncaster next week in mind - we were always going to enter and just see where. I wouldn't say this race has cut up, but the front three were all, on ratings, much of a muchness. I think he has done it quite nicely and I think he is getting better.

"He earned his right to run in a Grade One and he lost nothing in defeat. We were chuffed to bits he finished second that day and we dropped back down to a Grade Two. He is a two-and-a-half-mile hurdler so we can step up in trip when we need to, but just on this ground, we don't need to yet. Trainer Ben Clarke enjoyed the biggest winner of his career so far as The Galloping Bear landed the Surrey National at Lingfield.

"He has got two options at Cheltenham - the Arkle and the two-and-a-half-miler. As the ground dries out, we won't be afraid to step him up, but at the moment, he jumps so well and he's slick and he travels, so we don't need to.

"The boys are keen to have a go (at Cheltenham), I'm keen to have a go and he's earned the right to be there as well. He is three out of four and second in a Grade One, so he deserves to be there. We will wait and see. The guys are enjoying planning all the races, as much as I am.

"I might enter him for next Saturday (Lightning Novices' Chase), as he has not had a hard race. I might enter him up at Doncaster just in case that cut up to two or three - I won't tell them that yet. I will just press the button and tell them at 12 o'clock!

"He jumps and travels and done it well. He's a good chap."

The Tizzard stable and Powell completed a double when Triple Trade (7/2) outfought Shearer by two lengths in the Winter Million Novices' Handicap Hurdle.

Our Jester wins well but O'Brien gets ban 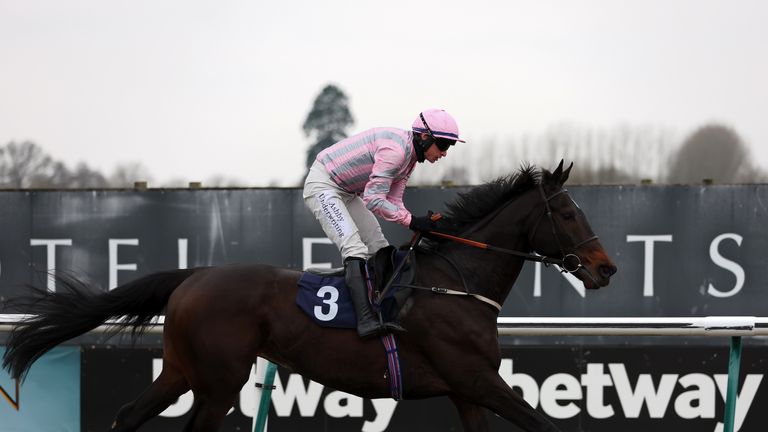 Winning connections of Our Jester are thinking big with Cheltenham or Aintree on the cards next after victory at Lingfield.

Our Jester ran out a convincing winner of the Winter Million Open National Hunt Flat Race.

Hughie Morrison's six-year-old pulled clear of his rivals early in the straight to quickly put the two-mile race beyond doubt in the hands of Tom O'Brien.

Our Jester (5/2) got off the mark in a bumper at Ascot in November on his third start and took a big step forward in a competitive heat.

Always prominent, the Garswood gelding set sail for home on the final bend and went on to score by three-and-a-quarter lengths from the Nicky Henderson-trained Swapped. German challenger Estacas, the 15/8 favourite, was a neck away in third.

There was a sting in the tail for O'Brien as he was banned for five days for careless riding. He will be out from February 6-10 inclusive. 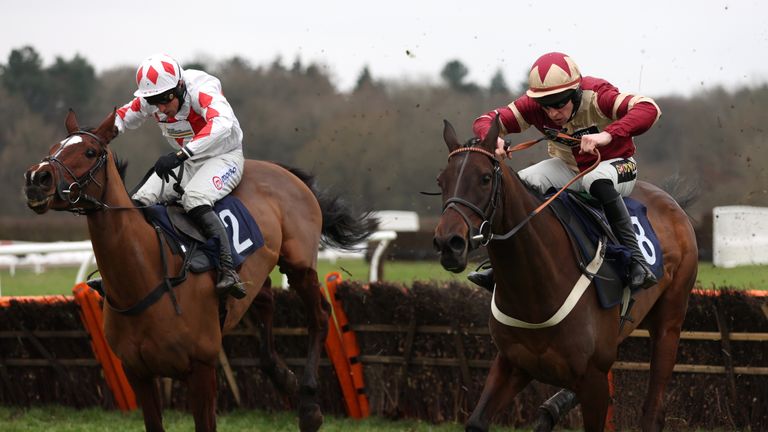 Ballygrifincottage (7/4) wore down High Stakes in the closing stages to win a thrilling race for the Winter Million Novices' Hurdle.

The seven-year-old, trained by Dan Skelton, made his stamina count as he knuckled down for Harry Skelton to see off his gritty opponent by a length and a half.

It was only Ballygrifincottage's second start under rules following his third place in the Grade Two Albert Bartlett Novices' Hurdle at Cheltenham on his debut for the Skelton stable last month after being sold out of the point-to-point sphere.