Calls have been made for disqualification of horses when a rider uses the whip four or more times above the permitted level; other proposed changes include at least a month's suspension if a jockey strikes a horse four or more times in a major race 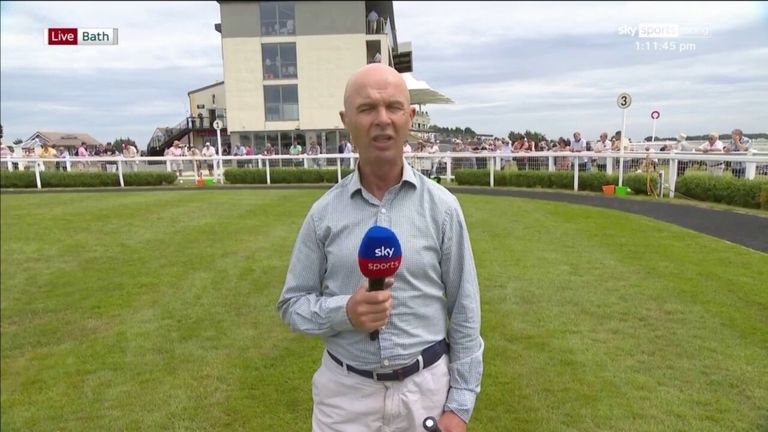 Former jockey Luke Harvey agrees with the new whip rulings, highlighting the need for jockeys to stay within the rules.

Former jockey Luke Harvey says he is in favour of horses being disqualified if whip rules are broken, following a review board's call for significant increases in penalties.

The British Horseracing Authority (BHA) released a report on Tuesday from the Whip Consultation Steering Group - including senior industry figures such as trainer John Gosden and jockey Tom Scudamore - recommending changes to whip rules and penalties that could include disqualifications.

The report calls for the introduction of disqualifications for horses when a rider uses the whip four or more times above the permitted level, which is set to remain at seven strikes for Flat jockeys and eight for Jump jockeys. 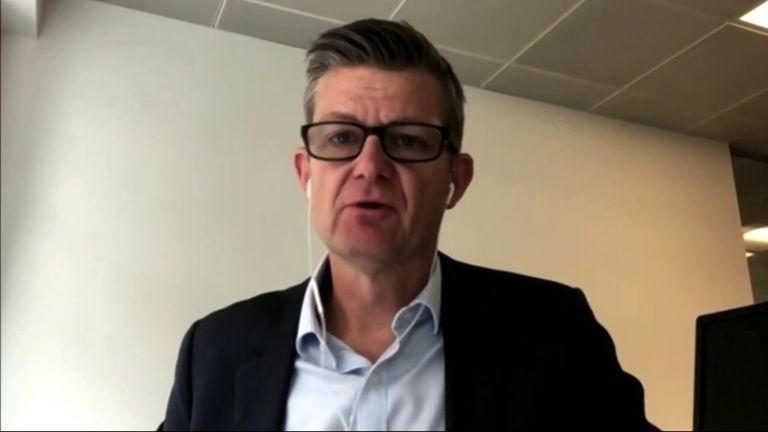 Alongside that, the board will recommend restricting jockeys to backhand use of the whip, unless for safety reasons.

Another proposed change is a doubling of the suspension for offences in "major" races, defined on both codes to include all Class 1 and Class 2 contests and any races exceeding a total prize fund of £27,500 for a Flat race or £20,000 for a Jump race.

Speaking to Sky Sports Racing, Harvey said a line has to be drawn in the sand for jockeys, and that the sport will become much fairer as a result.

"I thought it was inevitable that horses would be disqualified when horses go over a certain limit," Harvey said.

1 - Use of the whip for safety purposes should continue to be a fundamental principle of regulation.

2 - The Rule requiring the whip to be carried (though not necessarily used) should be retained.

3 - Use of the ProCush whip should continue to be permitted for encouragement, with strong and appropriate regulation of its use.

4 - The whip rules will be amended to restrict use for encouragement to the backhand position only.

5 - Harmonisation of whip rules and penalties is a positive aspiration. The BHA should continue to play a leading role in discussions about harmonisation with its international counterparts, particularly Ireland and France.

"When people say there's a certain leeway in the number of times a jockey was allowed to strike a horse, I always thought that was a load of rubbish.

"You need to draw a line in the sand - if it's eight, it's eight. I'm in favour of horses being disqualified, in no other sport can you cheat and win.

"What's the point of obeying the rules when the chap that's beaten you has got away with it. The force in the backhand position is tiny in comparison to when you turn one over."

However, Harvey did concede that the introduction of backhand use only may not alter the perception of the general public. 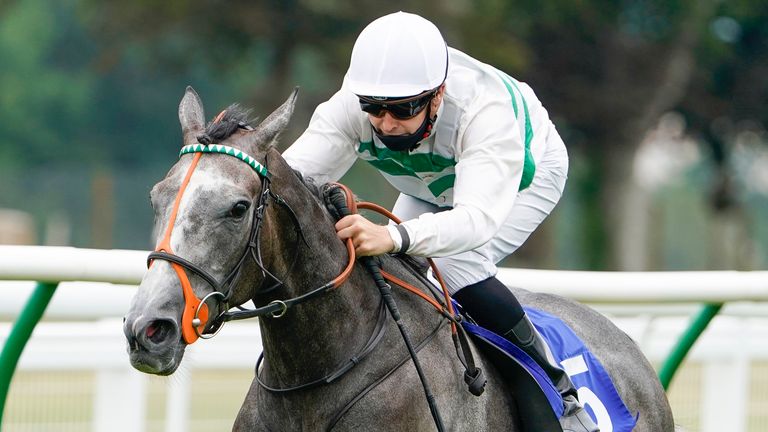 Jockey Luke Morris says the new whip rules will help riders in the knowledge that rules can't be broken and the winner still keeps the victory.

"I'm just wondering in the general public perception, that although you can't hit a horse as hard, I wonder whether that will appease people," he added.

"I just wonder whether that'll make any difference to the people that don't want the whip used at all."

Group One-winning jockey Luke Morris agreed that the new rules will make the sport a level playing field, but said he doesn't see the need for moving to backhand use only.

"When you're competing you want to know that the guy you're competing with isn't going to completely break the rules. It's good that it's at a level where people can't take the mickey out of the rules, I think that's a good thing.

"I'm not too sure what the real difference was between moving from the forehand to the backhand, I don't think there's much difference in force. We'll have to work on it and hopefully it'll create a better understanding."

1 - The threshold for the application of some whip penalties will be lowered, to increase the deterrent effect and ensure earlier intervention.

2 - Penalties will be increased for some specific offences where the current penalty is considered inadequate.

3 - Financial penalties applied to amateur riders for whip offences will be increased.

4 - The penalty structure for use of the whip above the permitted level, which are the most frequently committed offences, will be revised to increase the deterrent effect.

5 - Penalty structure for use of the whip above the permitted level in major races to be revised as a doubling of the suspensions for the same offence in standard races.

6 - Repeat whip offences should be addressed at an earlier stage, and the penalties for repeat offences increased to deter further repetition.

7 - Disqualification of the horse will be introduced into the penalty framework for particularly serious use of the whip above the permitted level, where there has been a clear and flagrant disregard for the rules.

BHA Chief Brant Dunshea also spoke to Sky Sports Racing after the recommendations, and stated that the new rulings will soon be reflected around the world.

"It will be the primary focus of the stewards before clearing a race and announcing the result, he said. "We hope that it will be very unlikely the stewards miss a clear breaking of the permitted level that would trigger a disqualification.

"Of course, this regulation around disqualification will place us differently to other nations, but I think the Steering Group's view is that this is a world-leading initiative.

"It positions British Racing very prominently internationally and it will be interesting to see if others follow." 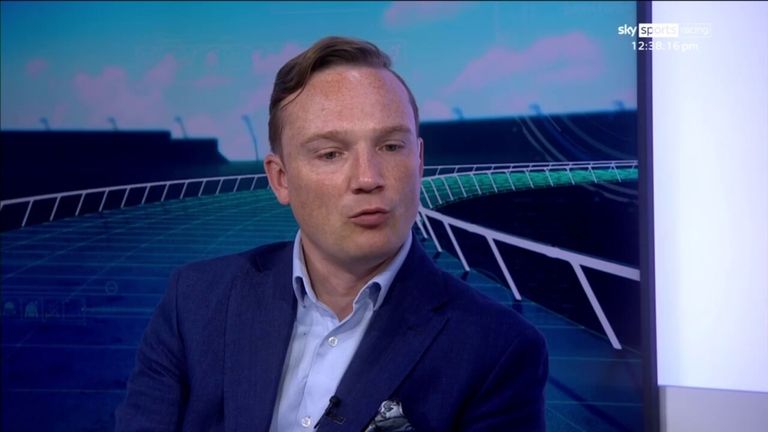 Former jockey Freddy Tylicki discusses the new whip rulings and argues that interference should have been tackled first.

'Racing needs to update itself a lot'

However, Freddy Tylicki, who was paralysed following a mid-race fall in 2016 - asked why more hasn't been done to alter the interference rules that have been a controversial topic in recent weeks.

Paul Hanagan was handed a ten-day ban following his ride to victory on The Ridler in the Norfolk Stakes at Royal Ascot, whilst Rab Havlin's ride on Free Wind in the Lancashire Oaks and the 12-day ban given to Christophe Soumillon after winning the Eclipse on Vadeni have also come under scrutiny.

"Racing needs to update itself a bit - well, a lot," Tylicki said. "What I can't get my head around is how the whip rules and offences are on top of riding interferences?

"How come that is more important now than getting stuck into riding interferences? Sorting that out for the better and the good so when you go out there, you make things safer out on track.

"I don't quite understand how the whip can be more important right now than the riding offences after what has been happening over the last few months."

Pundit Kevin Blake agreed with that assessment, admitting that lives are in danger for horses and humans if the current interference rules aren't changed. 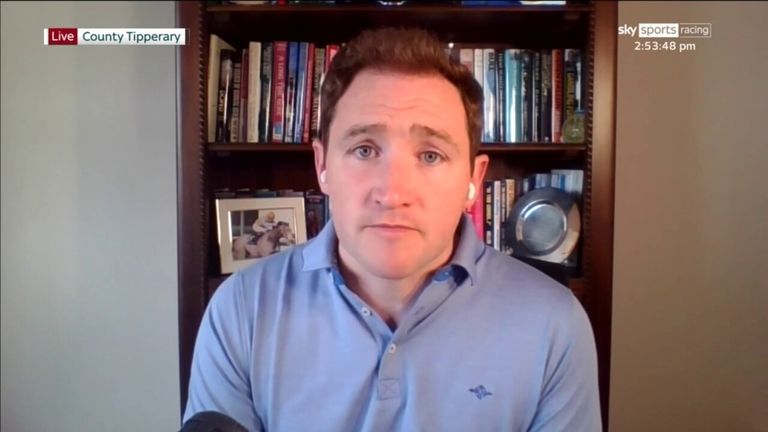 Kevin Blake says this afternoon's whip rulings has laid the blueprint for the BHA to tackle interference that has been a hot topic in recent weeks.

"The whip is something that we have to be aware of - and wider perceptions - but the whip will never harm man or beast. It is purely a perception thing that we look at.

"Interference puts horses and riders in danger every day and to me is a far more pressing issue.

"This for me lays the blueprint as to how they should tackle the interference issue now in the exact same way.

"Increase punishments and sub-contract it out to a panel of centralised stewards who can deal with it as consistently as possible."