John and Thady Gosden's eight-year-old could well make his final appearance at Goodwood; owner Bjorn Nielsen has hinted the horse could run at York next month; other contenders include Gold Cup winner Kyprios and Northumberland Plate hero Trueshan

Stradivarius is the headline attraction among the nine that go to post for the Al Shaqab Goodwood Cup on the opening day of the Qatar Goodwood Festival.

John and Thady Gosden's star stayer won the two-mile Group One four years on the bounce between 2017 and 2020 and bids for victory number five on the Sussex Downs before the curtain comes down on his illustrious career on the track - although this is far from guaranteed to be his final outing.

Owner-breeder Bjorn Nielsen already has one eye on Stradivarius' future as a stallion, but remains convinced that his horse of a lifetime retains all the ability needed to record his 19th victory at Group level. 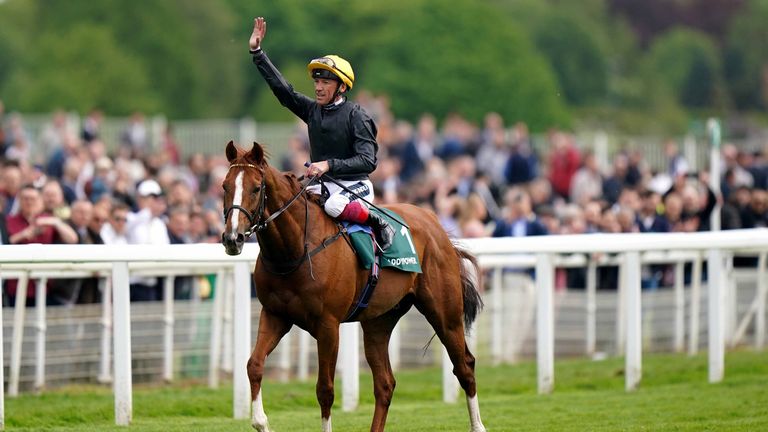 Much fallout followed his defeat in the Gold Cup at the Royal meeting, and while Frankie Dettori and the Gosdens have reunited after a brief "sabbatical", it is Andrea Atzeni who takes the ride on Tuesday afternoon, in the latest leg of the Qipco British Champions Series.

Nielsen said: "He hasn't lost any of his ability or enthusiasm and if things had gone the right way at Ascot last month I have no doubt that he could have won another Gold Cup, as when they turned in the others were all being ridden along and he was sitting there with a double handful. I think he could have won on Champions Day last year too, but for not being able to get out.

"The way the races have been run, really since October 2018, the tactics have been to put Stradivarius in a pocket, and that's a lot easier to do at Ascot as it's a short straight, whereas at York they can't hem him in as it's a long straight and they come up the middle.

"It happened the last time he won the Goodwood Cup too, as he was held in a pocket there until Frankie got out just in time. That's been the strategy and that's the way it is, but Andrea knows the score. He's ridden him three times and won every time.

"I couldn't have visualised he would go on as long as he has, but he's been an amazingly sound and charismatic horse. If he could win the race for a fifth time it would be some redemption for what's happened at Ascot the last three times he's run there."

On the future, Nielsen said: "It could be his last run, of course, but it depends on his performance now and he seems in really good form. I saw him go up Warren Hill the other day and he's in good nick. He did a bit more I think when Andrea had a sit on him the day afterwards, and everyone was very happy with him. 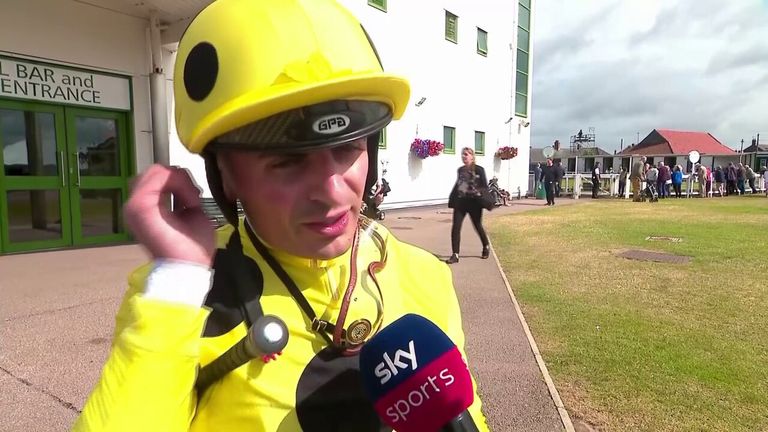 "I'm just taking it one race at a time and we'll see how it goes. If he gets properly beaten we'd probably call it quits, but he's not shown any signs of that and there's a chance that he'll run again, for sure. He has an entry in the Lonsdale at York, so we are keeping our options open."

There is no shortage of top-class opposition lining up to take the four-time champ, with Aidan O'Brien's Gold Cup winner Kyprios sure to be of warm order looking to make it four-in-a-row, while last year's winner Trueshan has had Stradivarius' number in recent times and will be attempting to extend his winning thread to six, ground permitting.

O'Brien said: "Everything has gone well with Kyprios since the Gold Cup and we are very happy with him. It's a tough race to win and we haven't been successful since Yeats, but he's in good form and we are looking forward to it."

Hollie Doyle will again be in the saddle aboard the Alan King-trained Trueshan. She said: "Alan has said he'd be happy to run if it's good ground, and although it looks unlikely at the moment there is some rain around on Monday so we'll just have to wait and see. 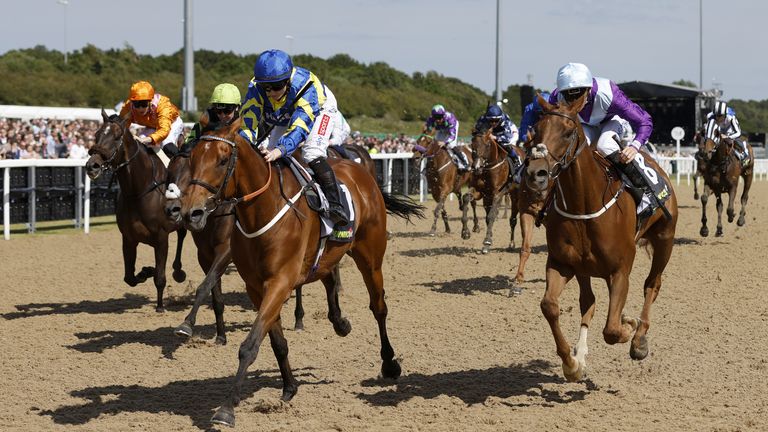 "Last year's Goodwood Cup was excellent for us and he won very decisively. I know the race cut up and he had the soft ground he loves, but he handled the track very well and so if he does run I'll be very much looking forward to getting back on him."

Royal Ascot scorer Coltrane bolted up in Listed company on his next start at Sandown and is given the chance to continue his run of form at the top table, with the Andrew Balding team also represented in the race by Nate The Great.

Sagaro Stakes winner Princess Zoe adds further spice to the mix, with the third on that occasion Enemy also engaged, while the line-up is completed by last year's runner-up Away He Goes and Yorkshire Cup silver medallist Thunderous.