Titleholder (8/1) is the lead hope of Japan's four runners in this year's Prix de l'Arc de Triomphe at ParisLongchamp, live on Sky Sports Racing on Sunday; Japan yet to win top prize despite a number of near misses 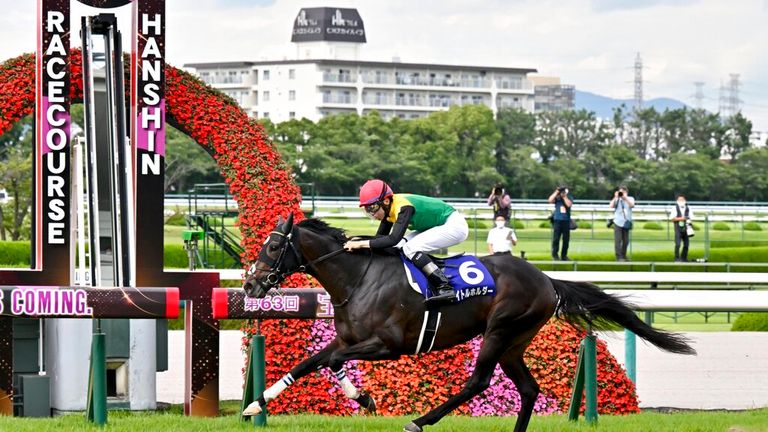 Despite carrying the weight of Japanese expectation ahead of Sunday's Prix de l'Arc de Triomphe, Titleholder's trainer Toru Kurita is staying cool and focussing on getting his star to Paris in the best shape

Trainer Toru Kurita believes Japan’s dream of a first Arc victory is “within reach” as Titleholder heads to Paris with a leading chance.

As a racing nation, Japan has flourished in recent years, landing multi-million-pound prizes around the world, from the Middle East and across to the USA.

But, the famous Prix de l'Arc de Triomphe trophy - Europe's ultimate meeting of the best stars over a mile-and-a-half - has eluded the Japanese so far.

Ending that hoodoo has become something of a national obsession, amplified by a number of near misses in recent years with Orferve (2012 and 2013) and Nakayama Festa (2010) both filling the runners-up spot.

Kurita himself has come close but saw his 2006 pre-race favourite Deep Impact come home third before later being disqualified.

Titleholder, currently an 8/1 shot for Sunday's big race at ParisLongchamp live on Sky Sports Racing, is the main hope of the four Japanese horses in this year's 20-runner field after winning all three of his starts this year, including Grade One triumphs in the Tenno Sho and Takarazuka Kinen.

Despite the weight of expectation on their shoulders, both Kurita and his stable star are keeping their cool. 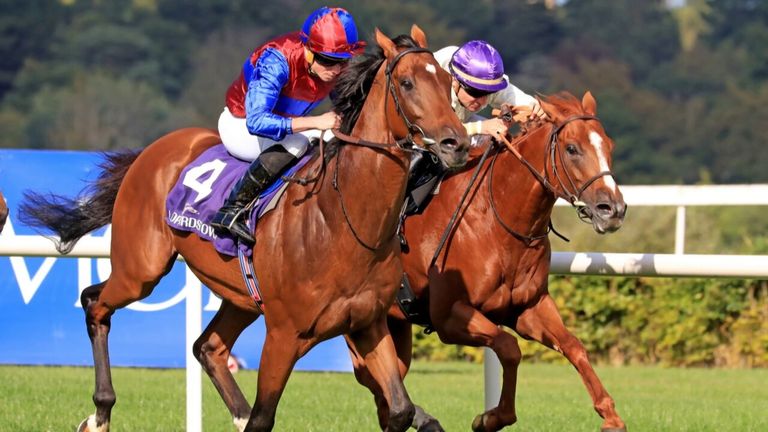 Trainer Aidan O'Brien will be hoping the rain stays away from Paris this weekend as favourite Luxembourg gets set to strut his stuff in the Qatar Prix de l'Arc de Triomphe, live on Sky Sports Racing

"He is really quiet and sweet when he is in his stable, and when he is racing, he is very focused and races strongly to the finish," Kurita told Sky Sports Racing. "There is no doubt about his endurance.

"In truth I try to stay calm, the same as when I am in Japan. It is important for the horse to stay the same and not be stressed.

"The Arc is a race which is very difficult to win and horses representing Japan have not managed it yet, but it seems to be within reach.

Top Arc contenders from around the world

"So, I think that everyone is looking forward to that moment. But over the past few years, the level of racing in Japan has improved.

"It would be good if this were the moment to win the race. But the most important part of our work is to bring Titleholder to top form for Arc day."

Titleholder arrived at his temporary base in France on September 16 and has been acclimatising to local conditions.

"The aim is for him to get used to the ground and prepare for next week," Kurita said. "He arrived last week, and all has gone very well until now. He is progressing well.

"His improvement is due to maturity, more than the distance. I have understood the horse's characteristics and his strengths."

With plenty of rain expected to fall in Paris on Arc weekend, Titleholder's stamina could be well and truly tested, while Kurita admits the ground conditions will be somewhat of an unknown. 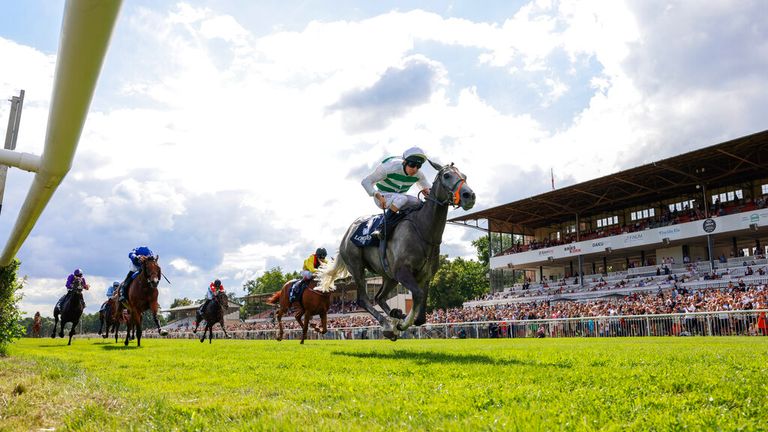 Sir Mark Prescott admitted the pressure is on to deliver with Alpinista in Sunday's Arc, live on Sky Sports Racing

"There is the question of the ground, but the quality of Japanese horses has improved, so with the four runners this year we will see how well they can do," he said. "We will not know until the day.

"I will make sure he is at 100 per cent to give the best possible performance.

"His strength is that he has a good cruising speed and can run powerfully to the end of his races. The most important thing is that he has established his racing style.

"The name Titleholder means the horse that has won the titles, and now that he has won three Group One races he deserves this name!

"The name suits him and I hope he will win many more titles!"