Coral-Eclipse: David Egan grateful to get Mishriff ride back as duo go for Sandown glory on Saturday 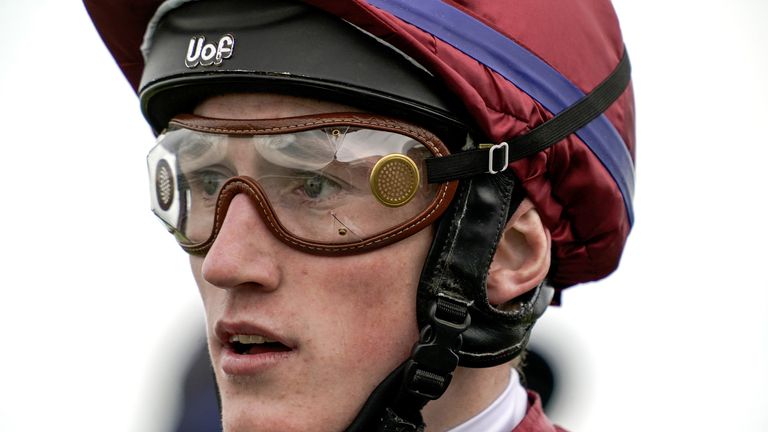 David Egan admits watching other jockeys claim big-prize wins with Mishriff "killed me inside" but is grateful to be back on board for Saturday's Coral-Eclipse.

Egan, retained jockey for owner Prince Faisal, was unavailable due to quarantine issues as Mishriff won the French Derby in July last year, with Ioritz Mendizabal taking his place.

A five-day suspension picked up at Goodwood then saw Egan replaced by Frankie Dettori as the John and Thady Gosden-trained colt won again in France, picking up the Group Two Prix Guillaume D'Ornano.

Dettori was then kept on as Mishriff flopped in the Champion Stakes at Ascot in October, before Egan finally got back on board this year, winning the Saudi Cup and the Group One Longines Dubai Sheema Classic.

"It killed me inside watching him go and win," Egan told Sky Sports Racing. "Obviously, I was over the moon for Prince Faisal and I knew I would get back on him someday, being retained for his owner.

"Missing out on a French Classic winner was hard to take but I just took it on the chin and moved on.

"It paid me in good stead to just keep my mouth shut, keep working hard and I've reaped the rewards this winter.

"We had a fantastic time together out in the Middle East and hopefully we'll have a fruitful summer again."

Asked if he had held concerns at being replaced long-term as Mishriff's rider, Egan added: "Prince Faisal has spent longer than I've been born building his bloodlines.

"He chose to choose Frankie in the Champion Stakes and I respect that decision. He's entitled to do so. He pays the bills.

"I was really grateful to get the ride back and hopefully I can do him justice on Saturday."

Mishriff will face a maximum of six rivals at Sandown this weekend, with Aidan O'Brien likely to field the main opposition with three of the field hailing from Ballydoyle.

Egan could come face-to-face with this year's French Derby winner St Mark's Basilica, while William Haggas will be hoping it rains during the week to enable him to run the soft-ground lover Addeybb.

On Mishriff's chances on Saturday, Egan said: "I think the stiff mile-and-a-quarter at Sandown is probably his optimum.

"He shows he's got a good cruising speed and he'll stay the mile-and-a-quarter really well.

"It'll be a tremendous race with some top-class opposition."