Go Bears Go was second at Royal Ascot before winning the Group Two Railway Stakes at the Curragh on Saturday; two-year-old, son of Kodi Bear, has won over five and six furlongs but trainer David Loughnane sees no reason he can not step up in trip 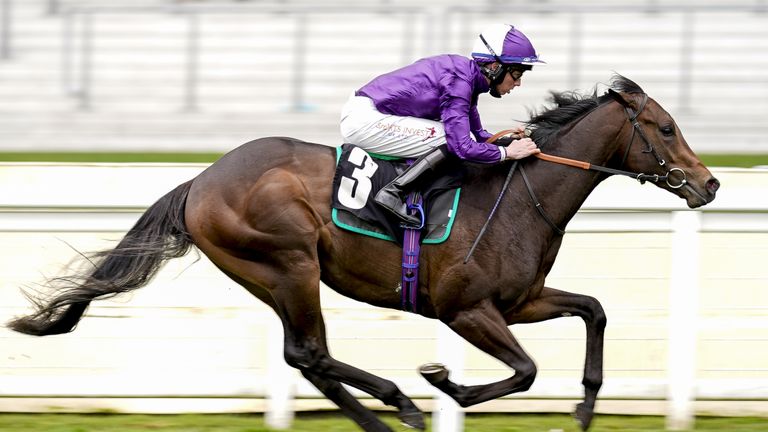 Trainer David Loughnane believes "the sky is the limit" for stable star Go Bears Go, including a potential step up in trip in the future.

That proved to be "redemption", having just failed to get past Perfect Power in the Group Two Norfolk Stakes at Royal Ascot nine days earlier.

Loughnane had no concerns about running Go Bears Go so soon after what had looked a tough race at Royal Ascot.

"He has an unbelievable mind. It was Kia's son Max who suggested the Railway Stakes. It wasn't on our agenda because it was so soon after Royal Ascot.

"I rode him on the Tuesday morning and said to Kia: 'It's worth taking the chance'. He was bucking and squealing going down to the gallops. He just loves his racing." 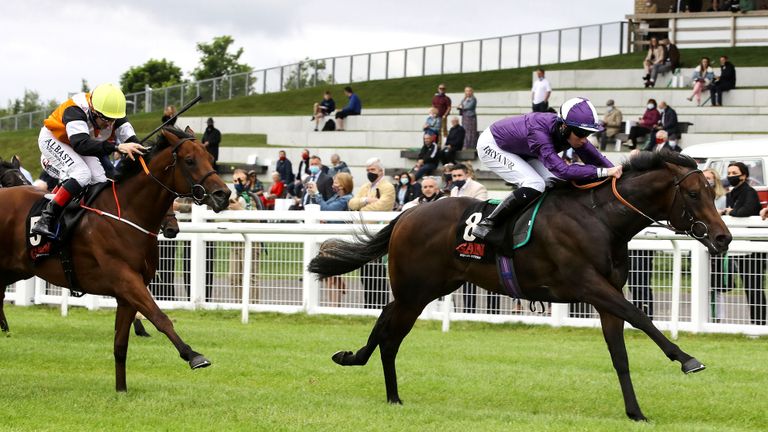 On the future hopes for Go Bears Go, who is being aimed at the Phoenix Stakes back at the Curragh next, Loughnane added: "I think he'll progress. At the moment, he is so effective over five and six furlongs. The sky is the limit with him.

"Will he stay further? I have no reason to see why he won't. He's very relaxed and will drop the bridle when you want him to.

"He's a very strong traveller but the way he hit the line at the Curragh, he was pulling away. I think we can go wherever we want with him."

Lola Showgirl, who provided Loughnane with his first Royal Ascot winner in the Kensington Palace Stakes earlier this month, is also heading to Ireland next.

Ffion finished a length behind her stablemate at the Royal meeting and gave the trainer a memorable one-two finish.

"It was a really special day for me and the team, one that will live long in the memory," Loughnane said.

"She [Lola Showgirl] has come out of the race really well and her next port of call, if all goes to plan, is to go to Galway at the end of July. There's three or four options there for her.

"We'll take a trip across the water and try to get a winner. From there we'll probably start targeting some black-type races. She's ready to rock and roll.

"For any horse to win at Royal Ascot and still be rated 85, we've definitely still got a bit in hand.

"[Ffion] will stay [in England]. There's an apprentice race back at Ascot on July 9. It's not Royal Ascot but we'll try to give the owners their day in the winner's enclosure.

"The two of them are so well handicapped, we need to take advantage of that."

Loughnane could add another Listed victory to his record on Friday with Mojomaker.

The Sandown winner returns over the same course and distance in the Dragon Stakes, taking on a maximum field of eight.

"We'd have no reason not to go there pretty bullish," Loughnane said. "There's some nice horses in the race but there's no better form than course form.

"Pat [Cosgrave] will be on board. He said before Sandown the last day that it would suit and he was spot on. Fingers crossed we can keep the ball rolling and get another Listed winner on the board."