Amy Murphy, who trains at Southgate Stables in Newmarket, has reserved the name 'Southgate' with the BHA; Murphy: "We're always trying to be inventive and think of different ways to attract owners into the yard" 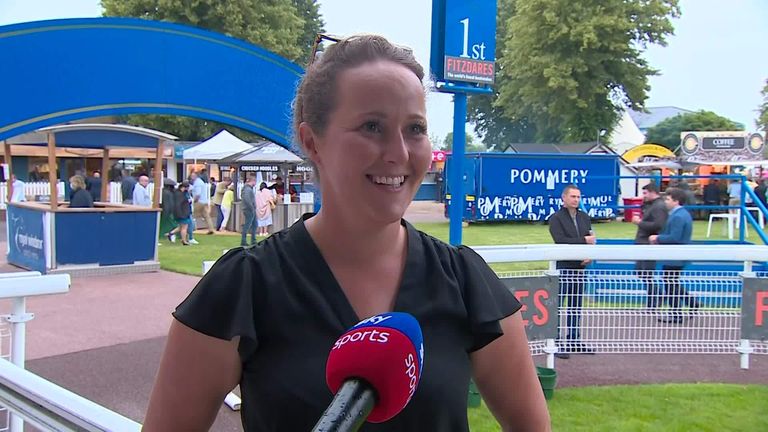 Trainer Amy Murphy has reserved the name ‘Southgate’ for a potential new horse and hopes she might even get the England manager on board as an owner!

England manager Gareth Southgate could have a racehorse named in his honour after Euro 2020.

Trainer Amy Murphy, whose dual purpose yard in Newmarket is called Southgate Stables, has reserved the name 'Southgate' with the British Horseracing Authority (BHA) and is urging fans of both football and racing to get involved as potential owners.

After England's run to the World Cup semi-finals in 2018, Southgate underground station in north London was renamed 'Gareth Southgate' for 48 hours by Transport for London (TfL).

"We're always trying to be inventive and think of different ways to attract owners into the yard," Murphy said.

"The yard is called Southgate Stables, so as soon as they got through the group round it made sense to go and reserve it.

We have reserved the name SOUTHGATE which is the name of our training yard and obviously the @EnglandFootball manager @GarethSouthgate If you have a passion for both sports & would like a horse in training with us get in touch...not long until the yearling sales 😉 pic.twitter.com/Cu5vAgOAGV

"In this game, you've got to always be looking for new ideas and new ways to move forward, that one connection with somebody new or existing can only be good.

"There are lots of links (with racing and football), there's obviously Michael Owen and other owners, the links are already there."