Since getting involved as part-owner of July Cup contender Rohaan, Crystal Palace defender James Tomkins has seen the horse rise dramatically through the ranks, reminiscent of Jamie Vardy's journey.

James Tomkins has been on a fairy-tale ride since getting involved as part-owner of July Cup contender Rohaan, whose journey through the ranks reminds the Crystal Palace defender of Jamie Vardy’s rise from non-league to Premier League champion.

That was the three-year-old's fifth victory since December last year, having improved from a rating of 55 to 95.

Tomkins was then able to share in the celebrations as Rohaan picked up the Group Two Sandy Lane Stakes at Haydock before a remarkable victory at Royal Ascot in the Wokingham Stakes last month.

"Jamie Vardy springs to mind, when he made it through the ranks," Tomkins told Sky Sports Racing. "His progression has been unbelievable.

"The first time I got involved was after watching him run at Ascot [in April], with Ryan Moore on board. How he ran that day was unbelievable and really took my eye.

"To see it go from that to winning at Royal Ascot and being entered in the July Cup is a dream come true.

"I love horse racing. The interest came from when I was young, my granddad used to take me to Newmarket quite a bit, so I blame him!"

The former England youth player was unable to attend the Royal meeting as he was in Spain on an off-season holiday, but still managed to enjoy the moment.

"I'd love to have gone and I regret not being there but I celebrated a lot in Spain," Tomkins said. "It was a good day, even though I wasn't there."

Tomkins admits there will be nerves as he watches Rohaan go for Group One glory on Saturday at Newmarket, but connections could not be happier with their horse.

"It's a tough race, there's a few good horses in that race," Tomkins said. "We're going there with a chance and that's a dream come true in itself.

"I'm just really excited about the race. Anything can happen and I think a bit more rain would help us but we're going in there very optimistic. He's on great form and looking well in training so we couldn't ask anymore of him.

"I don't think I'll have time, with all the nerves running through me, to even think about having a bet. Winning the race is enough in itself." 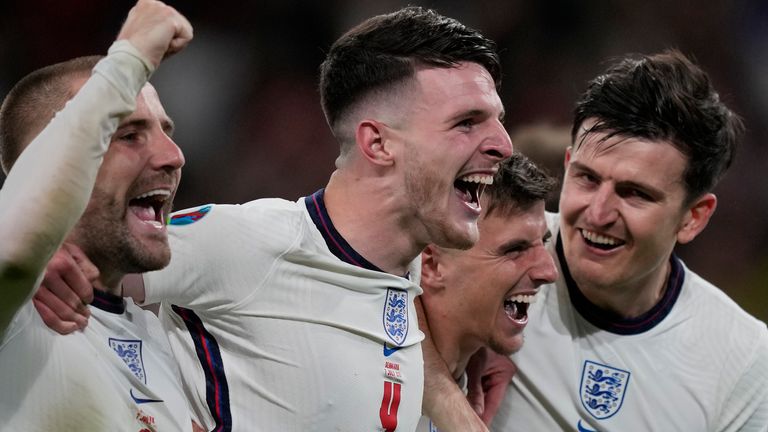 Tomkins is hoping for a double celebration this weekend as he cheers on his horse Rohaan in the July Cup at Newmarket, followed by England in the Euro 2020 final

Tomkins, who played for England from U16 through to U21 level, is hoping for a double celebration this weekend as he cheers on Gareth Southgate's team in Sunday's Euro 2020 final.

"It's so exciting to have our team in the Euro final," Tomkins said. "We must be going into the game as favourites because of the way we've been playing, controlling and seeing out games.

"All the players in training at Palace believe that England are going to win it on Sunday.

"That will be some weekend if Rohaan can win the July Cup on Saturday and England win the final on Sunday!"