Team Swish's Saffie Osborne has shot to the top of the Racing League jockey standings after week two at Doncaster.

Having picked up 41 points from the opening night at Newcastle, Osborne had sat fifth in the table, but was highest-ranked rider in action as the competition moved south to Yorkshire on Thursday.

She wasted no time in adding to her tally with victory in the opening race over five furlongs, riding Ed Walker's Tenaya Canyon.

Osborne leads the way on 87 points, nine clear of week one leader Jack Mitchell, with the team talkSPORT representative in action elsewhere on Thursday.

Martin Dwyer, for team ODDSbible, is up to third on 75 points after a double at Doncaster with Bake and Corbulo.

Reflecting on the Racing League, Osborne said: "It's an idea and a concept that I've always liked.

"My dad [trainer Jamie] has been a part of it, involved alongside [competition chief executive] Jeremy Wray. 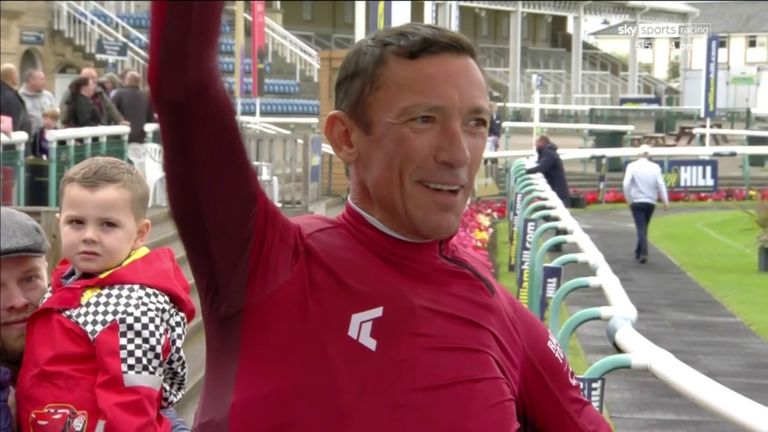 "It's nice to get a winner on the board - and it's a really exciting concept. I'm just glad to be a part of it."

Racehorse Lotto, whose rider Marco Ghiani is fourth in the jockey standings on 61 points, lead the competition on 122 points, three ahead of BullionVault.

Despite failing to register a winner on week two, Racehorse Lotto replaced Newmarket Red at the top after consistently picking up points with two third-placed finishes, a fourth and a fifth.

ODDSbible (115) are up to third in the overall standings after Dwyer's double, seven clear of a three-way tie for fourth involving Team Swish, Team talkSPORT and ThoroughBid.