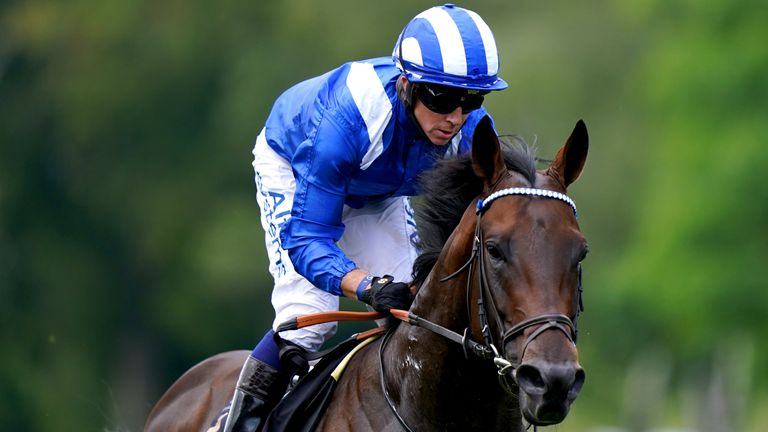 Connections of Baaeed are taking nothing for granted ahead of the unbeaten colt's eagerly-anticipated graduation to the highest level in Sunday's Prix du Moulin at ParisLongchamp.

The William Haggas-trained three-year-old did not make his racecourse debut until early June - but less than three months later he is ranked as one of the most exciting horses in Europe.

Since scoring on his introduction at Leicester, Baaeed has treated his rivals with contempt on a couple of occasions at Newmarket before powering clear in the Group Three Thoroughbred Stakes at Glorious Goodwood.

The time has come for the son of Sea The Stars to test his powers in Group One company - and with Jim Bolger deciding against declaring his 2000 Guineas and St James's Palace Stakes hero Poetic Flare, Baaeed will be a red-hot favourite to make it five from five.

Angus Gold, racing manager for owners Shadwell Estate, said: "He's going up another couple of grades and there's no point jumping the gun - let's see if he's up to it. "It's a shame Jim Bolger's doesn't run. Everyone wants to see the good horses run in these races and I'd imagine he's saving him for the Irish Champion Stakes, which is understandable.

"We're taking on a very good filly (Snow Lantern) who is obviously a Group One winner already and very highly thought of. Sean Levey says Prix du Moulin rival Baaeed looks ‘an exceptional horse’ but is more than happy to take him on with Group One winner Snow Lantern.

"It's going to be a big test for him and we'll see if he can live up to the hype now."

With Baaeed having proved his versatility ground-wise, there are no real concerns regarding underfoot conditions in Paris.

"I'm told it's going to be nearly good ground. They might get a little bit of rain, but not too much," Gold added.

"He's won on good to soft, so I don't think the ground will worry him unless they get a downpour and it goes heavy or something."

Baaeed is joined on the trip across the Channel by Richard Hannon's Snow Lantern. The daughter of Frankel is a Group One winner already, with a top-level triumph in the Falmouth Stakes sandwiched by creditable placed efforts in the Coronation and the Sussex.