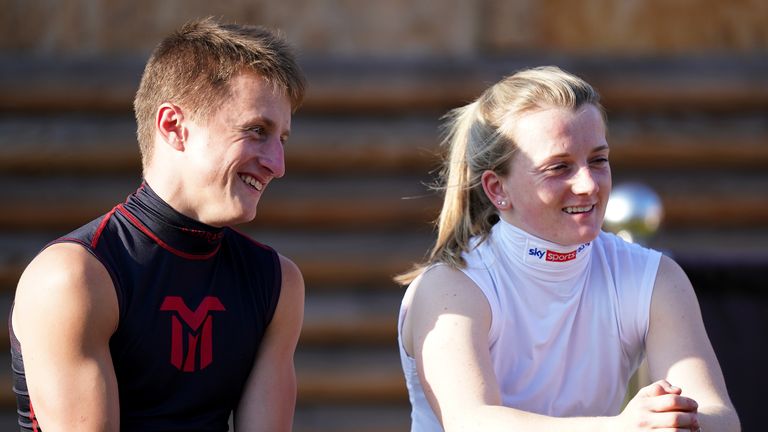 Jockey Hollie Doyle gets her first ever ride in the St Leger at Doncaster on Saturday and says victory on Aidan O'Brien's Interpretation would be a dream come true.

Hollie Doyle has spoken of her delight at picking up the mount on Interpretation for Aidan O'Brien in the Cazoo St Leger - her first ride in the Doncaster Classic.

Doyle has linked up with Ireland's champion trainer on a couple of occasions at York this year, finishing fourth in the Dante Stakes on Roman Empire and third in the Yorkshire Oaks on 150-1 chance La Joconde.

The record-breaking jockey has clearly impressed O'Brien, who has handed her the mount on the Galileo colt who has won his last three, including at Listed level last time out in the Vinnie Roe Stakes, where he beat Donnacha O'Brien's Fernando Vichi, who reopposes.

Doyle said: "It's a great ride to pick up. He looks highly progressive and is unbeaten this year.

"He's certain to stay and has beaten Donnacha's horse before.

"It's my first ride in the Leger and I'm really looking forward to it."

High Definition was an early Derby favourite but has endured a disappointing campaign so far, most recently finishing a well-beaten sixth in the Great Voltigeur at York - in which The Mediterranean was runner up, with Sir Lucan fourth.

Frankie Dettori will ride High Definition, James Doyle has been booked for Sir Lucan and Wayne Lordan partners The Mediterranean.

Watch the final British Classic of the season, the Doncaster St Leger, live on Sky Sports Racing on Saturday, September 11 at 3.35pm.

Winner of the Irish Derby and Grand Prix de Paris on his last two starts, the Charlie Appleby-trained Hurricane Lane is odds-on to make a successful transition to 14 furlongs in the final British Classic of the season on Saturday.

Ottoman Emperor will be seeking a fifth successive win for Johnny Murtagh, as he tries Group One company for the first time. The St Leger at Doncaster always eluded Johnny Murtagh as a jockey but the Irish trainer is hoping to right that wrong this week with leading hope Ottoman Emperor.

He won a Cork maiden in April and has been on a rapid upwards trajectory since, landing a Gowran handicap in June before adding another win at Navan and successfully moving up to Group Three level to win the Gordon Stakes at Goodwood in July.

Derby runner-up Mojo Star has another shot at Classic glory, with Richard Hannon having sent him to Newbury last month for a confidence-boosting win in a 12-furlong maiden - the first victory of his five-race career.

Youth Spirit finished fourth behind Ottoman Emperor at Goodwood and third in the Voltigeur last time. He runs for Andrew Balding, who so nearly won the race last year when his Berkshire Rocco was beaten just a neck. Tom Marquand rides - having been aboard winner Galileo Chrome 12 months ago.

Voltigeur fifth Scope, who is trained by Ralph Beckett, completes the Leger line-up.