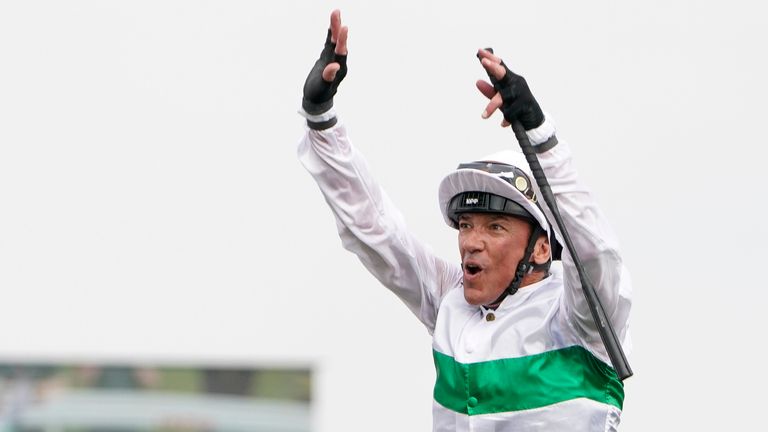 Frankie Dettori feels Park Hill Stakes victor Free Wind could have won over any distance and believes Group One targets will be on the cards.

Frankie Dettori dominated the show on day two of the St Leger Festival at Doncaster, landing a treble for trainers John and Thady Gosden.

The legendary rider partnered exciting filly Inspiral to a straightforward success in the Cazoo May Hill Stakes, solidifying her position at the head of the betting for next year's 1000 Guineas.

He followed that up in the very next race as Free Wind continued her rapid progression when routing her rivals the Hippo Pro3 Park Hill Fillies' Stakes, running out a hugely-impressive seven-length winner.

Inspiral has been given quotes of 7-1 for next year's 1000 Guineas, while Paddy Power went 9-2 about Free Wind's chance in the Qipco British Champions Fillies & Mares Stakes at Ascot next month, although the daughter of Galileo has another option in France. 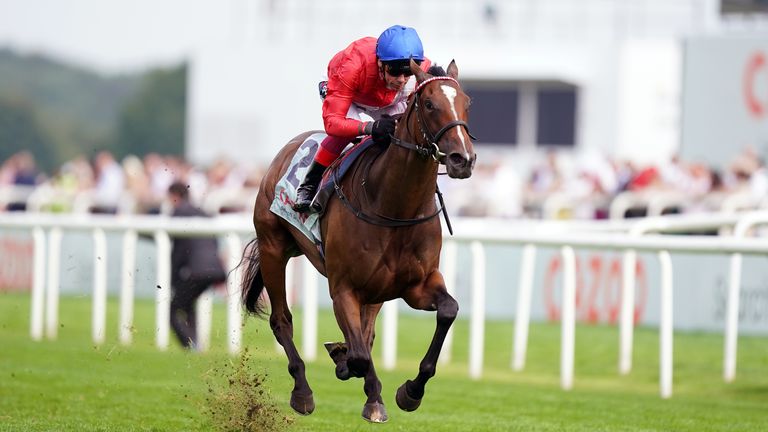 Frankie Dettori is already relishing the prospect of getting back on board impressive May Hill Stakes winner Inspiral, who looks set to head to the 1000 Guineas next season.

On Free Wind's victory, Thady Gosden said: "That was very pleasing. Obviously the trip was an unknown. She'd only won over a mile and a half before in France.

"She could have run in the St Leger. We'll never know what would have happened. Obviously today's race was a different kettle of fish.

"She settles well off any pace really and also has a turn of foot that most of those others wouldn't necessarily have.

"Frankie rode her perfectly - he put her to sleep and she quickened up nicely.

"The obvious options are the fillies and mares race on Champions Day and there's also the Prix Royallieu on Arc day as well."

Dettori feels next month's ParisLongchamp contest could be the best option.

He added: "She hasn't stopped improving. Wow, what a performance today, she's improved a lot.

"I suspect the Prix de Royallieu on Arc weekend will be next.

"I rode her on loose ground in Deauville and good to firm today and she's getting better.

"She's quite tiny but she's got a massive heart with a big engine."