Racing League: Competition returns in 2022 with regional teams and over £2m prize money on offer

2022 Racing League to involve seven regional teams - Ireland, Scotland, Yorkshire, the North, the East, Wales & the West and London & the South; prize money increased to over £2m across six Thursday meetings, beginning at Doncaster on August 4 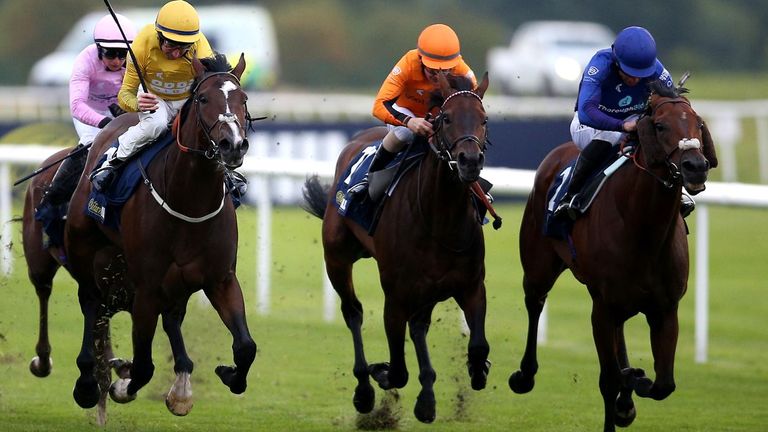 The Racing League returns in 2022 "bigger and better" with seven regional-based teams competing over six action-packed fixtures next summer.

The inaugural competition saw 12 sponsored teams do battle during six competitive Thursday evening meetings, with team TalkSport coming out on top after a tense final race in Newcastle in September.

The new format, which launches at Doncaster on August 4, sees teams of trainers from Ireland, Scotland, Yorkshire, the North, the East, Wales and the West and London and the South taking part.

Prize money for the 2022 edition is set to increase to over £2m. All six fixtures will be shown live on Sky Sports Racing.

Racing League chief executive Jeremy Wray told Sky Sports Racing: "We're very pleased to have it back. Last year was always going to be proof on concept and there's lots of things we're keen to do again and improve.

"We're confident next year is going to be bigger and better. Hopefully it really catches on and becomes firmly part of the calendar.

"There were lots of positives, not least I thought Sky Sports Racing did a lot of innovative stuff with cameras. It was really exciting coverage.

"I firmly believe that a team concept can work and that was seen with a lot of the teams working well together and trainers cheering each other on.

"Equally, we listened to a fair bit of the criticism that came out. You can't expect to get everything right in the first year."

2 - runners per team in each race

25 - points awarded to winner of each race

On the switch to regional teams, Wray added: "I was nervous initially of carving a map out geographically, but it was quickly shown to me that we can put together a competitive format.

"We've sounded out trainers from different areas and I think we've come up with a format where everyone who wants to participate from the training ranks can do so."