Juan De Montalban returned to his best with a determined victory under Jack Mitchell for Kevin Philippart De Foy; also on the card, Mostly Cloudy bagged a fifth straight victory - and a first at Ascot for trainer Gemma Tutty - in the staying handicap 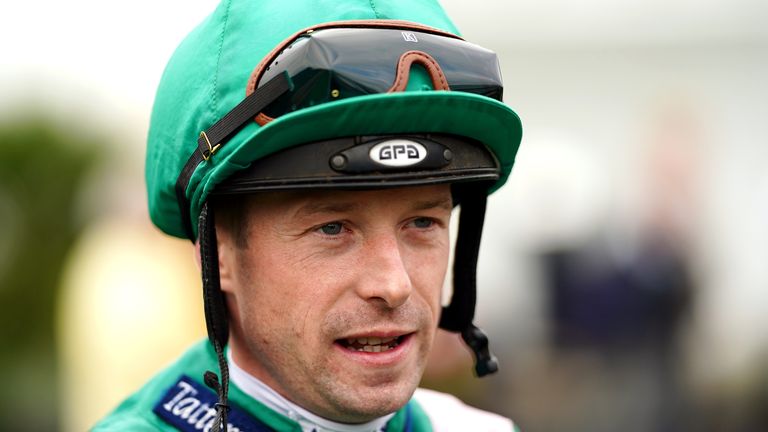 Jockey Jack Mitchell says €400,000 purchase Juan De Montalban is slowly rewarding his owners after getting back to winning ways at Ascot on Friday.

Juan De Montalban (9/4) stayed on powerfully to deny The Whipmaster a fifth straight victory in the feature John Guest Racing Handicap at Ascot on Friday.

The four-year-old gelding - trained by Kevin Philippart De Foy - was given an aggressive ride by jockey Jack Mitchell, picking up the pace at the half-mile post and taking the lead off early frontrunner Jeremiah.

He soon moved into a three-length lead but was followed into the race by Ryan Moore - riding for father Gary - on The Whipmaster who was pushed up alongside his main market rival.

But if he managed to nose ahead on the outside, it was only for a stride or two as the eventual winner found plenty for pressure, kicking again to win by over two lengths at the line.

The victory was a return to his best after winning at the same track in May, but was a disappointment when well-fancied at the Royal meeting in the Copper Horse Stakes.

Speaking after the race, winning jockey Mitchell highlighted the return to 12 furlongs as the reason behind his improved form following his Royal Ascot no-show.

"He's obviously got track form and ran with credit at Royal Ascot where I don't think he quite stayed the full one-mile-and-six [furlongs]," he said.

"It was a smaller field today and he kept things simple. He seemed a lot happier. He's got a bit of speed about him and handles conditions well. He was a big purchase and is slowly rewarding them."

Listen to the Racing Debate podcast

The winning trainer agreed with the reasons behind his four-year-old's poor run two starts ago, and looked ahead to potential targets that could include running in the Sky Bet Ebor at York later this season.

"I still believe that he will stay one-mile-and-six [furlongs] one day. I'd like to try that one more time," said Kevin Philippart De Foy.

"He hit the line strongly today. Everything went wrong at Royal Ascot and the atmosphere was much better for him today.

"On his day he is very good. He will handle a bit more juice in the ground so he'll have some nice targets later in the year."

Top rider Tom Marquand rode at the feather weight of 8st 12lb and it proved worthwhile as his mount powered clear in the final furlong under pressure to win by four lengths at the line.

The three-year-old relished the two-mile trip, looking in trouble with half a mile to run but had matters well in hand in the closing stages, with Single back in second and Mancini in third.

The winning trainer admitted it wasn't an enjoyable watch, despite the emphatic winning distance at the line. 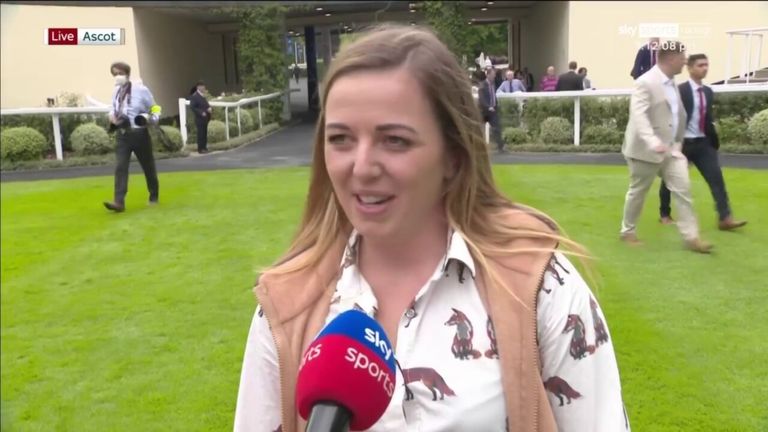 Young trainer Gemma Tutty celebrated one of the biggest wins of her career to date as Mostly Cloudy completed a five-timer at Ascot on Friday.

Tutty told Sky Sports Racing: "I think I'll enjoy it when I watch it back later but it wasn't so enjoyable at the time! He looked like he wanted even further. Tom had everyone covered.

"He's the most expensive horse in my yard right now at 23,000 Guineas. He'd only had one run and finished second last but his sectionals were really impressive.

"We'd had waiting for two miles in our mind at the time so it's wonderful when a plan comes together."

Earlier on the card, there was an impressive performance from Buccabay (7/1) who improved for a debut eighth at Newbury to win with plenty in hand under Charles Bishop for the Eve Johnson Houghton.

Always travelling well in behind the leaders, the two-year-old colt quickened up smartly to move past Bailey Gate, who also improved for debut run to finish a good second, under two lengths behind the eventual winner.

After the race, Bishop told Sky Sports Racing that he was under pressure to deliver after telling Buccabay's owners that he would win second time out. 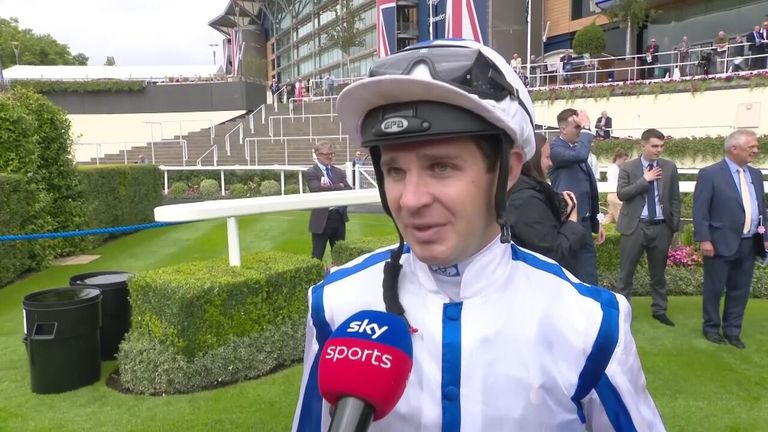 Jockey Charlie Bishop was a relieved man after putting pressure on himself to ride Buccaboy to victory at Ascot on Friday.

"I told them [the owners] I'd win on him next time after Newbury so I was shaking a bit going out but thankfully it's worked out," Bishop said.

"He was very unlucky last time when I got wiped out at the stalls and just had to educate him. He'll have learned loads for that and he'll improve again."

In the following race, Clochette (8/13f) went one better than her own debut second at Newbury, winning a shade snugly under Andrea Atzeni for the Andrew Balding team.

The No Nay Never filly travelled strongly and went a length clear, but was pushed all the way to the line by Aunt Violet and Richard Kingscote who stayed on nicely for pressure, eventually beaten just a neck at the line.