Sebastine Ikahihifo is returning to the Huddersfield Giants after spending two seasons on loan with Super League rivals Salford.

The former Super League Dream Team front-row forward played 28 times for the Red Devils in his spell, some of those outings coming when now Giants coach Ian Watson was in charge.

Ikahihifo initially came to Huddersfield from the NZ Warriors back in 2016 and his tremendous 2017 season was rewarded with a Dream Team berth.

His contract with the Giants was due to expire at the end of the season.

Ikahihifo said: "It feels good to be back, I still live here and it's good to be home. I'm looking forward to working with Ian Watson again - he's one of the smartest coaches I've worked with and he uses me really well. I've got some good memories with Ian Watson and Greg Brown.

"I know what to expect from Greg Brown as well, lots of muscular endurance which is good for me, it'll get me fit. The training at Salford was excellent and they're both great trainers and I'm looking forward to working with them again.

"Hopefully I can have a good time here: we have a good team, a good coach and I feel really good about next season. 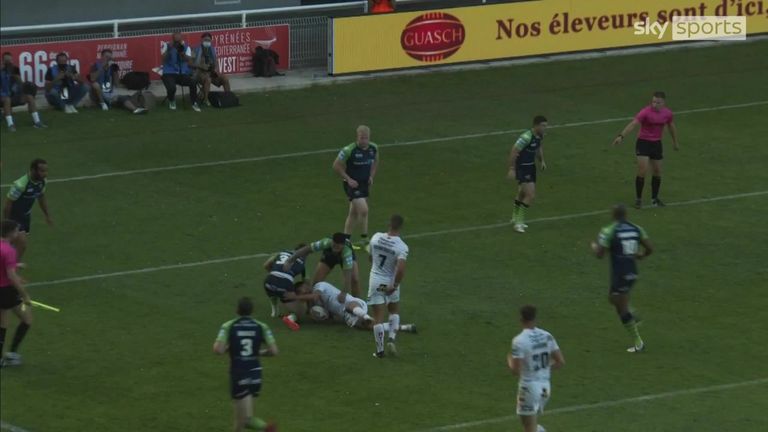 "I'm expecting top four next season and everyone expects a lot from this group and hopefully we can deliver."

Watson added: "I like everything about Sebastine: his carries, his work on the ball and off the ball, the work in defence - so he ticks lots of boxes for me.

"He was one of the best front-rowers in the competition a few years ago and we felt like we were getting him back to his best at Salford and he's been close to his best this season. He's a great addition."