The last time Hull FC were crowned as rugby league's champions, Dave Topliss was captain, Arthur Bunting was head coach and David Bowie was at number one in the UK singles chart with 'Let's Dance'.

Want even more of an idea of how long ago it was? Well, of the current Black and Whites squad only the retiring Gareth Ellis had been born then, while interim head coach Andy Last was barely two years old.

Since that 1982/83 triumph, the club have only truly been close to lifting the league title on two occasions - the following season, when they were edged out by bitter rivals Hull Kingston Rovers by just one point, and in 2006 when what to date remains their sole Super League Grand Final appearance ended in a 26-4 defeat to St Helens.

The Challenge Cup has, of course, been claimed in the intervening decades, perhaps most notably the back-to-back successes in 2016 and 2017 when Hull FC's record of having never won at Wembley was finally vanquished.

But having now been granted a shot at the 2020 play-offs following the expansion of the post-season to the top six in this pandemic-affected campaign, the desire to secure that elusive Super League title burns brighter than ever and perhaps no more so than in Hull native and vice-captain Scott Taylor.

"That's reason why I'm still turning up at training every day and when I signed my new contract, I had one goal in mind," Taylor, who returned to his home city from Wigan Warriors four year ago, said.

"When I came back to Hull, the first goal was to win the Challenge Cup, get rid of that hoodoo...and we were lucky enough to do that in the first year. 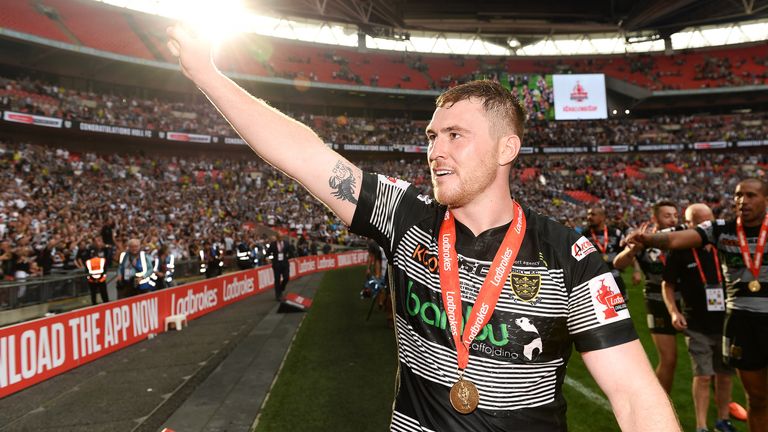 As soon as the Challenge Cup got won, for me it was all about winning the Grand Final and I want to be part of the first Hull FC team to lift that trophy for the first time and have their name on the trophy.

"As soon as that got won, for me it was all about winning the Grand Final and I want to be part of the first Hull FC team to lift that trophy for the first time and have their name on the trophy.

"Don't get me wrong, if we end up doing it there will some something else driving me, but part of the re-signing and staying here for the rest of my career and everything I want to do is win that Grand Final."

Prop Taylor knows what it takes to succeed on Super League's biggest stage, having been part of Wigan's title triumph in 2013. But while that will always be a proud moment for him, success with one of his hometown teams would mean so much on a personal level.

It is the same for Last too, who grew up watching Hull FC from the terraces of their old Boulevard home and later went on to play for them as a hooker before his playing career was prematurely ended by injury, leading to him joining the coaching staff.

Lockdown restrictions and the continuing covid-19 pandemic mean there would be no repeat of the scenes which greeted the players following their most recent Challenge Cup successes if they were to win the Grand Final, with Last recalling care home residents with black and white scarves and even patients at the Hull Royal Infirmary among those cheering them during open-top bus parades through the city's packed streets.

But those restrictions, which have seen Super League played behind closed doors in this country since the season resumed in August, have done is brought home to Last how much pride the area takes in its sporting institutions, be that FC, Rovers or football club Hull City.

"I think the impact of covid on the city has been a big one," Last said. "You don't realise how important the sports teams are, but now you really realise it.

"The players have bought into how they have to play with that passion and emotion because this city demands it. It's the be-all and end-all for some people - it defines their weekend. 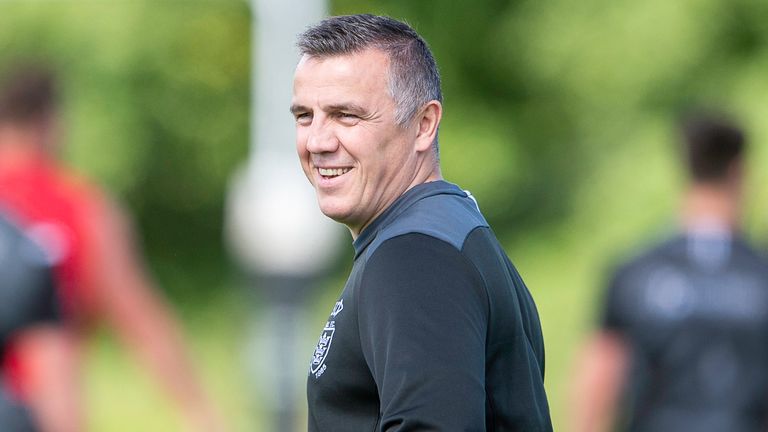 The players have bought into how they have to play with that passion and emotion because this city demands it. It's the be-all-and-end-all for some people - it defines their weekend.

"We're rubbish if we lose, we're heroes if we win and I understand that because I've been a fan myself. I've stood on the terraces and know what it's like, and there's nothing better than being part of it when you're successful."

If they are to win the Grand Final, which this year is being played at their KCOM Stadium home, they must first overcome Warrington Wolves - a club whose wait for a league title has gone on even longer than Hull FC's - in Thursday's first-round play-off clash live on Sky Sports.

Taylor is under no illusions about the size of the task they face do to that, particularly with a trip to his old club Wigan in the semi-finals on the cards, but the man who began his professional career across the city at Hull KR is in no doubt what it would mean if they could defy the odds.

"I don't think you'd see any KR fans with smiles on their faces for us, but for the city it would be massive, and it would put Hull on the map even more," Taylor said.

"For years, we've been called the sleeping giants and we've had some massive years recently and that name still gets chucked about.

"It would be great to prove a few people wrong more than anything, but if we did get there the boys have worked hard, the format has been changed to give us that chance and we need to take it with both hands."