As a self-confessed 'footy head', Jackson Hastings has readily embraced learning about Wigan Warriors' culture and those who have gone before him.

The scrum-half is more than aware he is following in the footsteps of some illustrious names to have played in his position for the Cherry and Whites down the years - Andy Gregory, Shaun Edwards and current head coach Adrian Lam, to name a few.

Given his long-standing connection to the club, it is no surprise Lam has fostered a sense of the importance of understanding Wigan's long and successful history among the squad since taking charge.

That chimes with the approach Hastings took when he first arrived in Super League from the NRL with Salford Red Devils in 2018 and the Australia-born Great Britain international has used that knowledge of the past to drive himself on as a player.

"It is important, especially for people who come from overseas into the English culture, you've got to fully immerse yourself and understand what the club is about," Hastings said.

"That's what I did at Salford and I think that was part of the reason I was so successful, because I was full-on and wanted to learn.

"I've been the same here and I've wanted to learn about who's worn the jersey before us, what they won, how they did it and how they played.

"Everyone in the squad has dived in head-first and wanted to know as much about the club as possible and write our own path and journey in what Wigan is all about."

Hastings' arrival at Wigan last winter came on the back of a year which saw him named Super League's Man of Steel for his role in helping Salford reach the Grand Final.

Although he has not made the shortlist for the accolade this year, the 24-year-old has still put in plenty of impressive display for the Warriors in 2020 as they claimed the League Leaders' Shield.

He recently signed a one-year contract extension to keep him at the DW Stadium for 2021 as well, turning down offers to return to the NRL in the process, and Lam has been impressed with what Hastings has brought to the team. 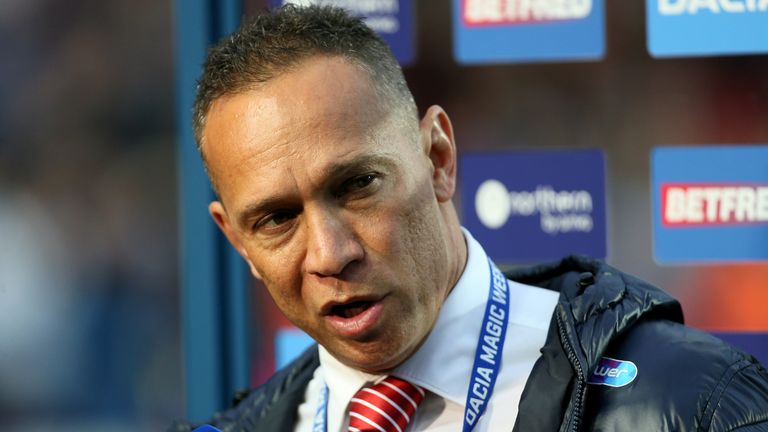 I think he's played better rugby than he did last year, he's an all-round player playing with his hands on the ball more often than not.

"When he arrived here, we were aware of what he was capable of as a player and I guess the tricky part about bringing a great player to a great team is to be able to bond together," Lam said.

"As the season has gone on, I certainly think Jackson has earned the respect of his fellow players and they've earned his respect.

"I think he's played better rugby than he did last year, he's an all-round player playing with his hands on the ball more often than not.

"He loves being here, he loves his team-mates and it was a real positive last week when this announcement came through."

Even before being united at Wigan, Hastings and Lam had a long-standing connection going back to the former playing for Sydney Roosters U20s alongside the latter's son Lachlan as a teenager.

On the field as well, Hastings has forged a useful partnership in the halves with Thomas Leuluai which he believes complements their respective styles of play.

Leuluai's willingness to do the unglamorous work has allowed both Hastings and Man of Steel nominee Bevan French to play with the freedom to express themselves, and he hopes the 35-year-old will decide to sign a new contract.

"He's made my job so much easier," Hastings said. "Having that voice everyone listens to, you don't have to do as much talking. 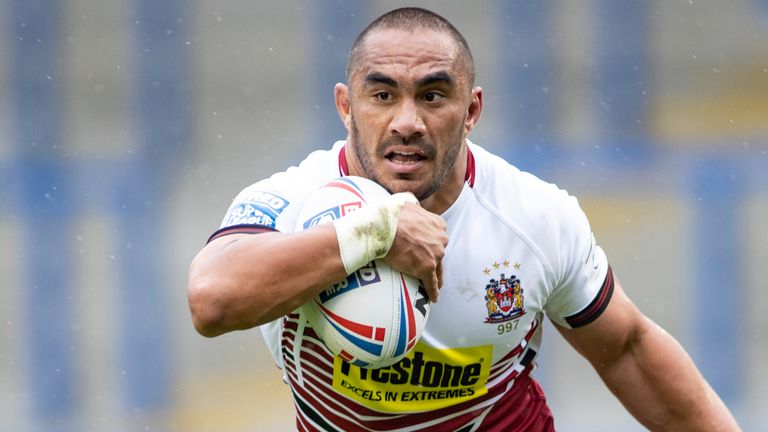 If you notice the way we play, he plays a lot of the on-ball stuff like the general and I get to run around both sides of the field with Bevan French.

"If you notice the way we play, he plays a lot of the on-ball stuff like the general and I get to run around both sides of the field with Bevan.

"I suppose we get all the raps for the tries and assists and fancy plays, but without Tommy none of that happens.

"I've learnt so much off him in training and I'm hoping he does play on...and helps us be successful against next year."

Of a more immediate concern though is Thursday night's play-off semi-final against Hull FC, which is live on Sky Sports.

Strangely enough, it was current club Wigan who Hastings and his then-Salford team-mates defeated at this stage to reach last year's Grand Final, where they ultimately fell short against St Helens.

Hastings still looks back fondly on that run with the Red Devils, but the sting of the defeat to Saints - who the Warriors could face at the KCOM Stadium in this year's Grand Final a week on Friday - and wanting to help his current club go one better than 2019 are huge motivators for him.

"It was one of the best achievements I've had in rugby league so far, taking that club to Old Trafford, and playing in front of the fans was great," Hastings said.

"But we lost, so there is definitely a burning desire to go back there and win, and then obviously this club didn't make it last year and got knocked out one before so there is the burning desire for this group to not only get there but win it.

"A few of us were lucky to go on to the big dance and lose, but as a club now I'm sitting here as a Wigan player and we fell one short as a group last year so there is added motivation with that."