Wigan stand-off Jackson Hastings has ended speculation over his future by signing a new contract with the Super League club for 2021.

The 24-year-old reigning Man of Steel joined the Warriors from Salford at the end of last season but appeared set for a return to the NRL when he failed to exercise a clause in his contract for a second year by the cut-off date in June.

However, he has now decided to stay, much to the delight of Wigan's executive director Kris Radlinski. 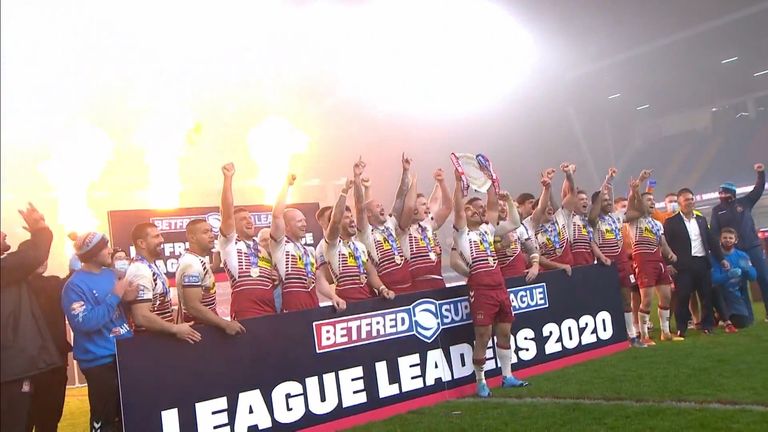 "Jackson has proven that he is a quality rugby league player," said Radlinski. "He is one of the most committed and obsessive professionals that I have ever seen at the club.

"There was a clause in the contract in Jackson's favour which needed to be taken by the end of June.

"Due to the Covid-19 situation that the world found itself in, Jackson had to make a call on his future having only played a handful of the games for the club.

"Despite originally not taking the extra year, he has been consistent throughout saying that it would be his preference to stay.

"After such a turbulent year, we are glad to have come to an agreement and look forward to an exciting 2021." 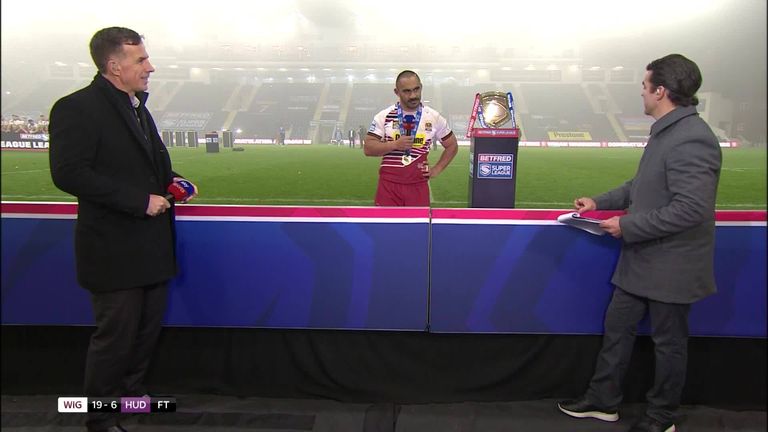 Hastings, who played in the NRL for Sydney Roosters and Manly, has taken the form that earned him a place on the Great Britain tour into his spell with Wigan, scoring nine tries in 19 games and providing 19 assists.

He said: "I wanted to earn my second year and prove to myself, my team-mates and the fans that I could deliver for the club.

"I feel I have really earned the chance to be here for another year - I have gained the boys' trust and respect and that's what I really wanted to do.

"It would have been very hard to walk away from the relationships I've formed so that played a massive part in why I wanted to stay."

Following on from the decision of full-back Bevan French to also sign a new deal for 2021, and the capture of another dashing Australian outside back in Jai Field, Wigan will be able to boast arguably the most potent attack in Super League next season.

Wigan coach Adrian Lam, who has yet to make a call on his own future, said: "I'm pleased for the club, the supporters and the team that Jackson has decided to stay for another 12 months.

"The experience and leadership he's brought to us this year has been outstanding. I have to give him credit to how he's fitted into the group.

"I think he's played better rugby this year than what he played last year.

"He's the ultimate competitor. I've never seen anyone like him at training - he's intense. He's a smart player and brings that X factor to our team."