Converted first-half tries from Robert Lui, Alex Mellor and Ash Handley plus two penalties from Rhyse Martin proved enough to seal victory, despite Liam Sutcliffe and Lui being sin-binned in the closing stages. 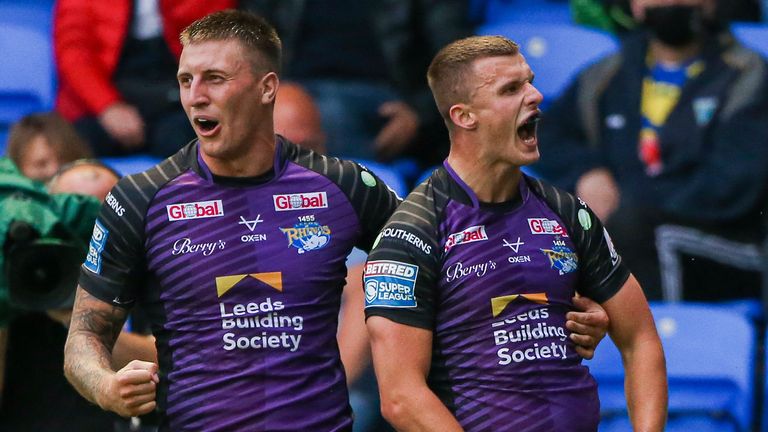 Leeds Rhinos survived having two men sin-binned inside the final 10 minutes to hold out for a memorable 22-16 victory away to in-form Warrington Wolves in Monday's Betfred Super League match.

Robert Lui put the Rhinos in front with his first try of the season and although Danny Walker had Warrington back on level terms, further scores from Alex Mellor and Ash Handley helped the visitors into a 20-6 lead at the break and put them on course for a fourth successive victory.

Rhyse Martin's second penalty of the match put them further ahead early in the second half and although Leeds had both Liam Sutcliffe and Lui sent to the sin-bin, leaving them to see the game out with 11 men, the Wolves saw their six-game winning run in the competition ended despite two late tries from Josh Charnley.

Wow, just wow! The Rhinos battle for victory with three first half tries, down to 11 men for the last ten minutes and head back to Emerald Headingley with a 22-16 win pic.twitter.com/4tiRhaNulc

Leeds, who dismissed speculation over the future of head coach Richard Agar at the weekend, recently went a month without a game following a Covid-19 outbreak in the camp but made it four consecutive wins despite still being without a host of players.

Warrington, meanwhile, went into the game as the form team in Super League after their six successive wins, including impressive victories over champions St Helens and Wigan Warriors, but failed to reach those heights in a tired-looking effort.

The Rhinos were rewarded for an enterprising start with the opening try of the game after seven minutes when Lui beat Wolves full-back Josh Thewlis in the air to grab Sutcliffe's kick to score.

After a lacklustre opening from the home side, they hit back midway through the first half when Walker dummied his way over from close range to score and Ratchford added the extras.

That prompted Warrington's best spell of the game but two breaks in as many minutes by Tom Lineham came to nothing after a forward pass by the winger and then a superb tackle by Martin.

Leeds bounced back in devastating fashion as they claimed two tries in seven minutes to take a stranglehold on proceedings.

A fine touchline run by Handley saw his inside pass collected by the supporting Mellor to score before Handley himself touched down soon after, finishing a flowing cross-field move.

Martin landed both conversions and kicked a late first-half penalty to maintain his 100 per cent record and give his side a 20-6 half-time advantage.

A Martin penalty at the start of the second half edged Leeds further in front as the expected Warrington response never really gained any momentum.

But it turned into a frantic final 10 minutes when Sutcliffe felled Thewlis with a high tackle and earned himself a spell in the sin-bin and Warrington immediately made their extra man tell when Charnley went over.

Then Lui joined him after he received a yellow card for a professional foul and Charnley repeated the dose as he touched down Blake Austin's kick but the Rhinos held on for victory. 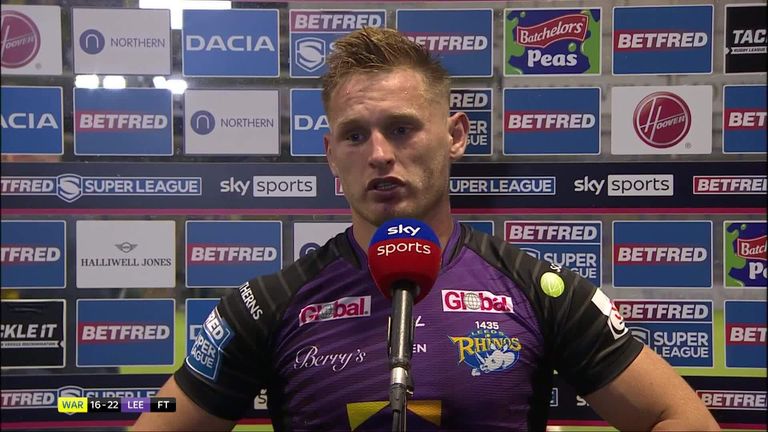