Dominic Thiem: Former US Open champion says personal achievement means nothing when it comes to saving our planet

Former US Open champion Dominic Thiem has called on his fellow athletes to help protect the planet, saying: "Sport is such a huge stage with the biggest athletes in the world having a big fan base. To take care of the planet and to turn things around, the time is now"

Dominic Thiem says winning the US Open pales into insignificance when it comes to "protecting the oceans, protecting the environment, and the future of the planet".

The world No 12 claimed his maiden Grand Slam title at Flushing Meadows in 2020 when he came from two sets down to defeat Alexander Zverev in the final.

Despite claiming his first piece of major silverware, the Austrian believes there are more important issues to worry about, such as saving our planet. 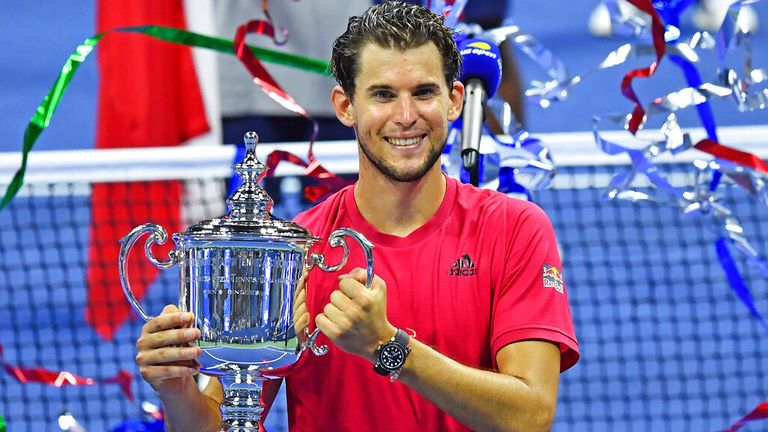 Speaking at the Kosmos Sports Summit, Thiem said: "Winning the US Open is obviously something amazing, but it's pretty personal and you cannot even compare it because protecting the oceans, protecting the environment, and the whole future of the planet.

"If I can make a little difference to that it would be a success of a lifetime because it's so much more important than any personal success."

The Austrian, who has not played since suffering a wrist injury at the Mallorca Open in June, also spoke about his love of the ocean.

He said: "Maybe because I'm from Austria, where we have no sea, where we have no coastline, it's more special for me to visit the ocean, and the last two years when I got into the topic I started to learn that we all depend on the ocean so much and it doesn't matter have far we are away from it because it connects the whole planet.

"That is why for an Austrian, it's just as important for somebody who lives on the coast.

"I was with the WWF (World Wide Fund for Nature) in the protected areas of the Balearic Islands, learning a lot about marine life, about plastic pollution, about all the threats and what we can do about it."

Thiem has joined a long list of professional athletes using their popularity to shed light on climate change and encourage others to do more to protect our environment.

He added: "Sport is such a huge stage with the biggest athletes in the world having a big fan base. To take care of the planet and to turn things around, the time is now.

"We don't have any time to do that so I think it's super important now for athletes to go in this direction and I think it could make a pretty big difference."