Cameron Norrie suffered a disappointing defeat to Sebastian Korda, while Rafael Nadal launched his bid for a record 21st Grand Slam title with a trouncing of American Marcos Giron to reach the second round of the Australian Open 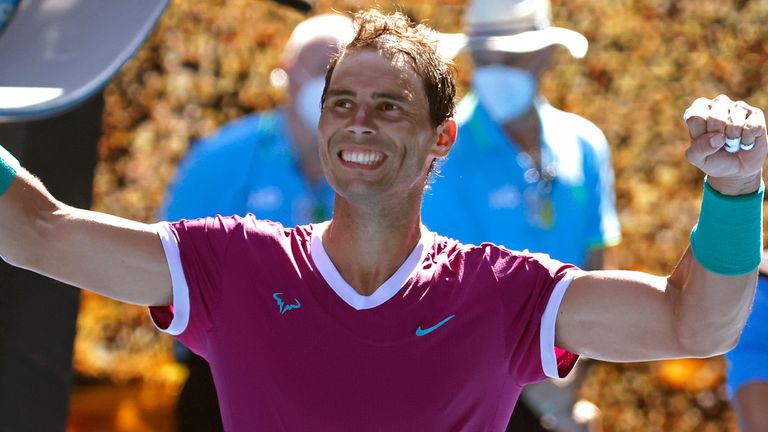 British No 1 Cameron Norrie continued his winless start to the season with a dispiriting loss to Sebastian Korda in the opening round of the Australian Open, while Rafael Nadal began his quest for a 21st Grand Slam in slick fashion.

The young American is one of the game's up-and-coming stars and this was a very tricky draw for Norrie but a 6-3 6-0 6-4 scoreline will surely be alarming for Norrie, the 12th seed.

"I honestly can't put a finger on it. I just need to get better and improve. Lots to work on. Korda was too good today. Any time I had a chance to come back, he served his way out of it. And on the bigger points he was much better than me. I didn't play well in really any big point today. That's part of it and just a disappointing way to start the year with this match."

Both men have recently tested positive for Covid-19 - Norrie in December and Korda on arrival in Australia.

But the American, son of former Melbourne champion Petr, and brother of professional golfers Jessica and Nelly Korda, was sharp from the start while Norrie found himself facing an uphill battle immediately and never recovered.

Norrie, who reached the third round here 12 months ago, had a phenomenal 2021, unexpectedly climbing to the verge of the top 10 and winning one of the biggest titles on the ATP Tour in Indian Wells.

However, he was unable to trouble Korda on the new Kia Arena at Melbourne Park, with the 21-year-old sweeping through nine games in a row to ease through.

The British No 1 is planning to take a little bit of time off prior to his next tournament in Rotterdam in three weeks. 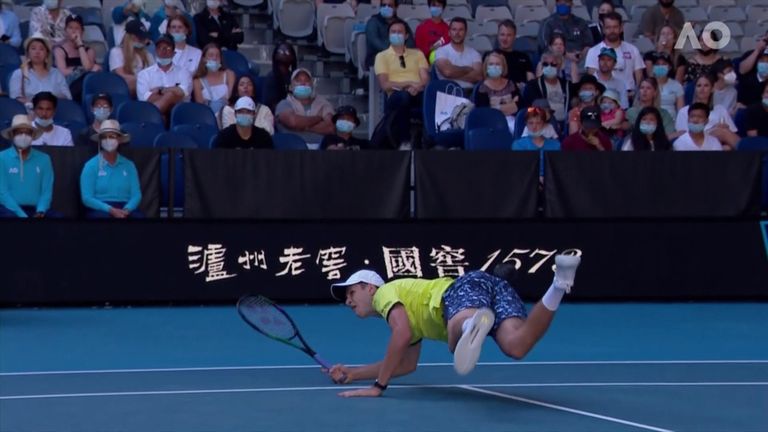 Nadal made a convincing return to Grand Slam tennis with a 6-1 6-4 6-2 victory over American Marcos Giron.

The sixth seed, the only man bidding for a 21st major title this fortnight following Novak Djokovic's deportation, cut short his 2021 season in early August because of a foot problem.

His only slam title in Melbourne came 13 years ago but he began the new year by winning an ATP Tour event on the same courts and brushed aside Giron to reach round two.

"Not much went to plan today, to be honest, except that I won. You're not going to play your best tennis all the time though, unless you're Roger (Federer) or Rafa (Nadal)," Zverev said.

"This have been especially difficult because it is not only a comeback from an injury, it's a comeback trying to be back on the tour after almost two years playing not many events with the virus. If you remember in 2020 I only played here and Acapulco, then I just played in Rome, Roland Garros, Paris and London - six events. In 2021 I played just here and then it was clay, Monte Carlo, Barcelona, Madrid, Rome, Roland Garros. Washington - another six events. Twelve events in two years is not many. If we add that I was not able to practice very often, too, it's a really tough one. But here I am. I am super happy about all the work that we have done to try to be back."

Wimbledon runner-up Matteo Berrettini, who reached the round of 16 or better at all four majors last year, made a slow start before finding his rhythm to get past unseeded American Brandon Nakashima 4-6 6-2 7-6 (7-5) 6-3.

Poland's Hubert Hurkacz saw off Egor Gerasimov 6-2 7-6 (7-3) 6-7 (5-7) 6-3 in just over three hours to set up a second- round meeting with Adrian Mannarino, who won a thrilling five-setter against Australian James Duckworth, while Frenchman Gael Monfils crushed Federico Coria for the loss of just five games as he romped through.