Andy Murray says he is pain free following his hip resurfacing surgery and wants to continue his tennis career.

The three-time Grand Slam champion underwent a potential career-ending hip operation in January after the Australian Open exit in a final bid to overcome an injury which has troubled him since 2017.

Murray revealed prior to the season's opening Grand Slam he intended to retire after a farewell appearance at Wimbledon but the former world No 1 decided to undergo surgery to improve his quality of life.

Murray said: "I want to continue playing for sure. I have no pain in my hip anymore.

"The rehab is slow but going pretty well. I just need to wait and see how things progress. If it's possible I'd love to compete again."

Andy's mum Judy revealed earlier this week time would tell whether he would be able to make a successful return to the sport. An appearance at Wimbledon, where he won in 2013 and 2016, this summer remains doubtful. 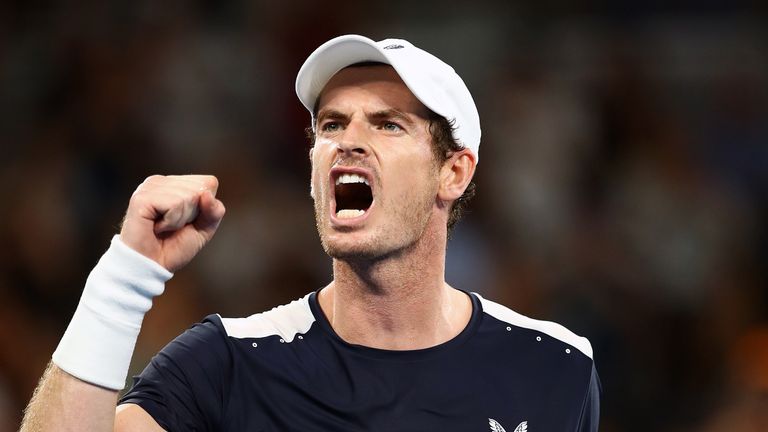 Murray, who initially had surgery on his right hip in January 2018, revealed his intentions on the future of his career during an emotionally charged pre-tournament news conference in Melbourne.

The 31-year-old produced a defiant performance against Roberto Bautista Agut but ultimately fell to a five-set first round defeat and during his on-court interview was shown a montage of video tributes from his peers, including Roger Federer, Novak Djokovic and Rafael Nadal.

He has played just 15 matches since he returned to tennis in 2017, when his hip injury hampered him during a five-set defeat against Sam Querrey in the Wimbledon quarter-finals.

No singles player has come back to competitive action from the same hip operation but American doubles great Bob Bryan returned to the doubles tour earlier this year and backed Murray to return to the highest level after the surgery.