Djokovic: "Let's hope that in the next two months some of those restrictions will loosen up a bit and that we will have a great, great tournament"

Novak Djokovic insists it is important for every player eligible to be able to compete at this year's US Open after the tournament was given the green light to go ahead, albeit with strict health protocols in place.

The Unites States Tennis Association (USTA) announced this week that the Grand Slam in New York would go ahead at the end of August without fans.

However, with the COVID-19 pandemic still peaking in some regions of the world, Djokovic is concerned that many players will not be able to travel even if they wanted to. 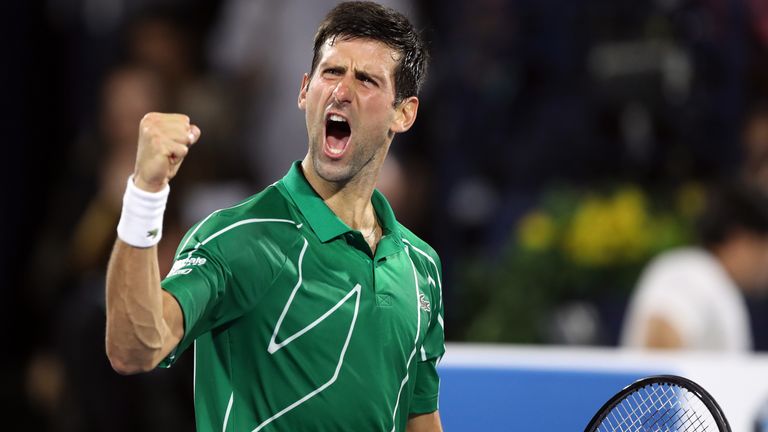 I'm extremely happy and excited to see that all the tournaments, especially Grand Slams, are organising their events

"Hopefully every single player who is participating, chosen by ranking and who deserves their place at the US Open, will have an equal opportunity to travel there and compete as everybody else," Djokovic told Eurosport's Tennis Legends podcast.

Defending champion Rafael Nadal said he would be unlikely to travel there in the current circumstances while women's world No 2 Simona Halep has also indicated she might not go.

Earlier this month Djokovic said competing at Flushing Meadows would be impossible because of the "extreme" protocols in place for the tournament.

However, the Serb says he is very glad it is going ahead and that the ATP Tour would resume in August after being suspended since March because of the pandemic.

"I'm extremely happy and excited to see that all the tournaments, especially Grand Slams, are organising their events," the 33-year-old 17-time Grand Slam champion said.

"I think that a lot of people were sceptical, especially for the U.S. events considering what the U.S. went through as a country during this pandemic. So a lot of people, including myself, were quite sceptical on whether it would happen or not.

"Let's hope that in the next two months some of those restrictions will loosen up a bit and that we will have a great, great tournament."