"The bills keep coming so these exhibitions keep popping up all over the place. I already played one in Germany and it's great for the players to have some sort of income in Germany"

Dustin Brown has highlighted the importance of the financial help provided by safe exhibition tournaments amid the coronavirus pandemic.

The Jamaican-German was recently part of Patrick Mouratoglou's inaugural Ultimate Tennis Showdown, a unique short-format of the game designed to attract new and younger fan bases.

Tournaments have been cropping up around the world since the suspension of the ATP Tour, some evidently fairing better than others in regards to upholding safety measures. Novak Djokovic, in particular, has been subject to backlash after multiple players tested positive for COVID-19 after competing on the World No 1's Adria Tour.

Prior to UTS Brown headlined the Tennis Point Exhibition Series held behind closed doors without fans, line judges, ballboys or handshakes in Germany at Base Tennis centre near Koblenz. "I think for everyone it's good that we can go out, I think certain countries are still under lockdown," said Brown. "At the end of the day it's also a job for us so not playing means you are not earning any money.

"The bills keep coming though so these exhibitions keep popping up all over the place. I already played one in Germany and it's great for the players to have some sort of income in Germany.

"A lot of players would have played Bundesliga, that got cancelled, that's a big amount of money especially for guys that are 200th, 300th (in the world) that use this money year-round to plan for these tournaments and to see if they can take a coach to a Slam and all of that. All of that is gone."

The ATP and WTA announced in May they would be holding talks with the International Tennis Federation (ITF) and the four Grand Slam tournaments over a Player Relief Programme that would supply financial assistance to lower-ranked players affected by the pandemic.

Wimbledon has meanwhile pledged £10m to a total of 620 players following the tournament's cancellation for the first time since World War Two. 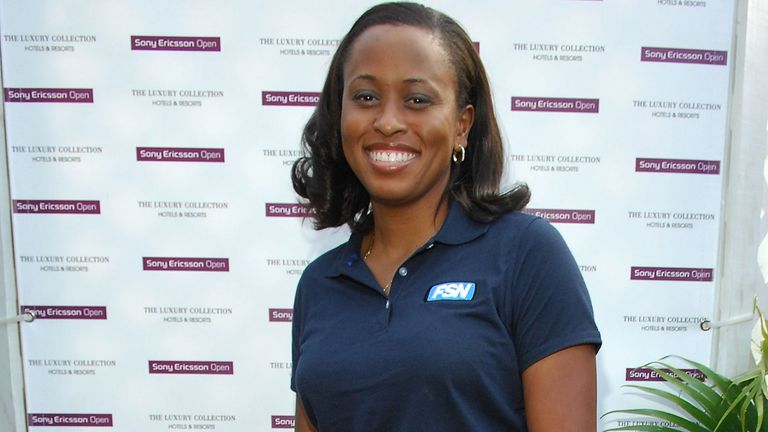 "It's essentially like a business," he added. "A lot of businesses are struggling at this time and this is a great initiative that Patrick has started and all of the players that are here are very happy that they get to play competitively and then at the same time have fun."

The decision to stage next month's US Open in New York has drawn widespread criticism in light of the city's rise in coronavirus cases.

While UTS was able to take place safely, Brown believes the task of hosting the US Open is a completely different challenge.

"It's a little different from having 10 players to having 300 players so I think that's the biggest issue," he said.

"If you have that many people, plus all the guys here are pretty close, for me a flight from Cologne is maybe an hour, getting everyone to a different continent is a different situation.

"There it's not even so much about the site or playing tennis, it's about getting everyone there and keeping everyone safe. So two different things."