Egyptian qualifier Mayar Sherif hopes to have inspired a generation of young female tennis players after making her own dreams become a reality at the French Open.

Sherif, who was making her Grand Slam main draw debut in Paris, flew through qualifying without dropping a set en route to the biggest match of her life against second-seed Karolina Pliskova on Court Philippe-Chatrier.

The 24-year-old continued her fine run by surprising her opponent to win the opening set in an epic tie-break before eventually going down 6-7 (9-11) 6-2 6-4, but her performances have captured the imagination of the country of her birth. 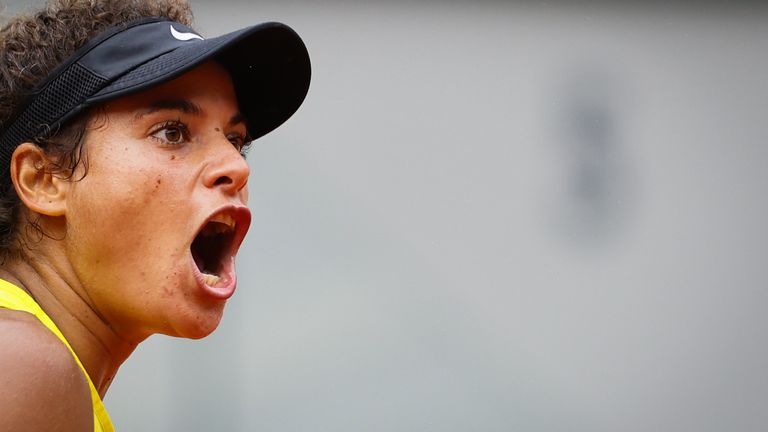 Asked what advice she would give aspiring young Egyptian female players coming through the ranks, Sherif said: "I would tell them that they can do it with hard work, with talent, because we have so many talented players in Egypt.

"They just have to believe in themselves, and they have to follow the way, the right way to get to where they want.

She continued: "I'm having a very big reaction from the Egyptian population, from my fans. Everybody in Egypt is just reacting to what I'm doing right now.

"That's giving me such a big push to continue and do my best to improve and get better."

Liverpool striker Mohamed Salah is the nation's jewel in the crown and Sherif spoke about how hugely influential the 28-year-old is to Egypt and her own career goals.

She said: "For Mo Salah, he's one of the best football players in the world, and to see someone very successful supporting other successful people in his country, it just gives you some energy just to know that there are good people out there and people who are already successful are willing to support you.

"He hasn't reached out. I wish he would. That would be very, very nice."

Sherif, whose £55,000 cheque was more than half of her career prize money, did not look intimidated against Pliskova and left the French Open sure that she belongs at this level.

"I don't think I played my best. I think I could have done so many things much better," said Sherif.

"But you know what? I'm out of here very positive, very excited to work harder, because I saw what the level is and I saw not playing my best how close I was to beating one of the best players in the world. So just keep working harder.

"I still have such a huge margin to improve so that gives me more advantage, gives me more motivation. And I can't wait to get back on the court and practice and work harder, to get back and play at this level."

"I was enjoying it. I loved being out there," she added. "This is really it. I felt like this is where I belong, on the big stadiums with attention, all the people out there. I felt great. I would love to play on one of those courts again.