Following her US Open win, Emma Raducanu talks to Sky News about returning home to her parents in Bromley and watching the final back for the first time; the 18-year-old Briton also says she hopes her win can "inspire little girls or young children to dream big" 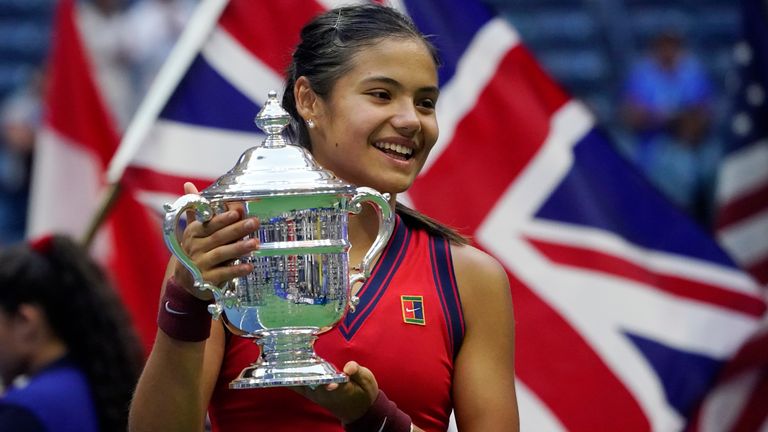 Emma Raducanu has told Sky News she felt more stressed watching back her US Open performance than she did playing in it.

On a Zoom call with Sky's Jacquie Beltrao, the 18-year-old said: "I just really wanted to let the moment sink in and I thought that would help... but watching is definitely more stressful than playing because you feel like you have control at least when you're playing.

"When you're watching you have no control, but it was really cool to be able to relive some of those moments and at the end I saw my slide when I fell and it was quite long and I impressed myself with that in slow motion."

She also revealed that some things in her life haven't changed after her win. "Honestly I can't even get a court at my local club!" 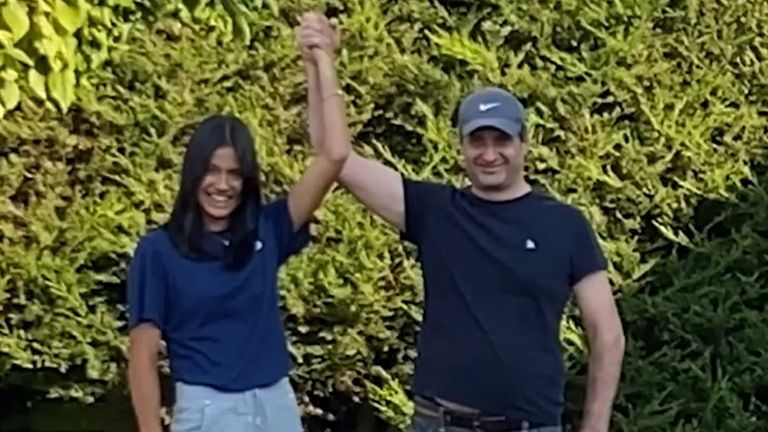 On Saturday, Raducanu became the first British woman to win a major title in 44 years, and the first qualifier in history to lift a grand slam.

Despite stepping out alongside celebrities at New York's Met Gala, she said the highlight had been a small celebration with her team the night of her win.

"There was a karaoke bus on the way back from the courts and we were singing Sweet Caroline and Mr Brightside," said the 18-year-old.

"We just had a really nice meal together and discussed everything, just chatted the whole time through." Her dream run at Flushing Meadows still seems a bit surreal for the teenager - who was playing only her second-ever Grand Slam.

She told Sky News: "It's funny because sometimes I'll just have random bursts where I'm 'oh my god, I just won the US Open!'... It's a strange feeling to comprehend but watching the match last night helped it sink in."

Raducanu's achievement has won her a legion of new admirers, including stars such as Lewis Hamilton - the seven-time champion of Formula One - a sport she loves.

She met Hamilton at Monday's Met Gala and said it was "really cool just to speak to him after everything he's achieved, he's such a great inspiration".

"In Formula One I love watching all the Brits - Lando, George as well, they're all really cool to be flying the flag high for Great Britain," said Raducanu.

'I have no doubt your outstanding performance, and that of your opponent Leylah Fernandez, will inspire the next generation of tennis players.'

Despite becoming one of the most in-demand sports stars overnight, she told Sky News she still hadn't read all the messages on her phone.

"Over the next few days I'm hoping to plough through them and I am sorry if I haven't replied yet," she told Sky News.

But Raducanu insisted she wouldn't be distracted by fame and that "maximising my potential" remains her goal.

"I won't let any commitments get in the way of that because it's my top priority...

"Even though I won the US Open, I feel there are many, many aspects of my game that could improve," she said. On what's next, the tennis star from Bromley said rest is on her immediate to-do list.

"When I got home yesterday I just slept the whole day so I'm just starting to recover and rest and I think my body needs it after the last 7-8 weeks."

After her sensational win, she said her parents - Romanian father Ian and Chinese mother Renee - hugged her despite their tough-love approach.

"They gave me a hug, nothing crazy. They have very high standards and tough love but I think that I didn't really need anything big from them," she said.

"I know that just the smallest of congratulations means a lot and for them to say they're proud of me as well, but they were very happy to have me home." 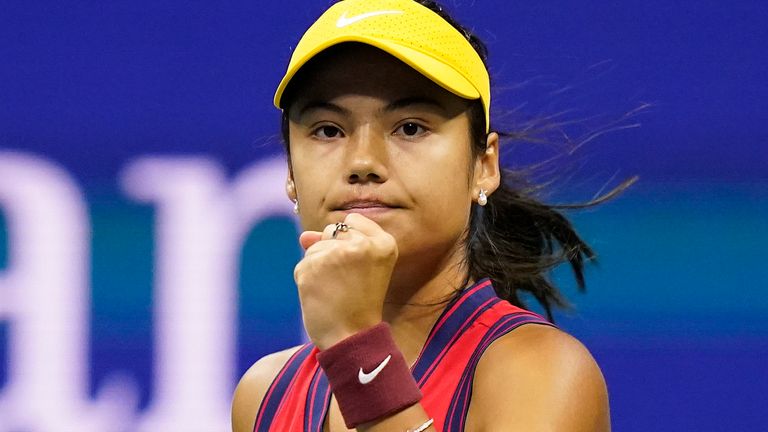 She said she wants to "inspire little girls or young children to dream big", no matter what their dreams are.

"Even if it's not tennis, even it's to be a doctor, I just want to inspire them to dream big and anything can happen," said Raducanu.

"I just want to get across the message that you can be a normal kid and go to school and do normal things and still achieve results and I think that's my main message to all the kids." 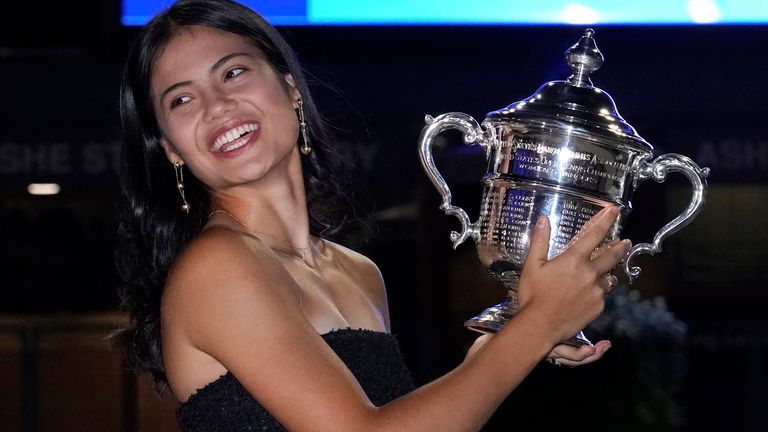 "It was incredible what she did there. I think for a lot of the people involved in British tennis, we knew she was extremely good," Murray, a three-time Grand Slam winner, said.

"She hadn't competed much for the last sort of 18 months or so with school and coronavirus and those sorts of things, but I think at Wimbledon (where Raducanu reached the fourth round) everyone sort of got a bit of a glimpse of how good she could be. 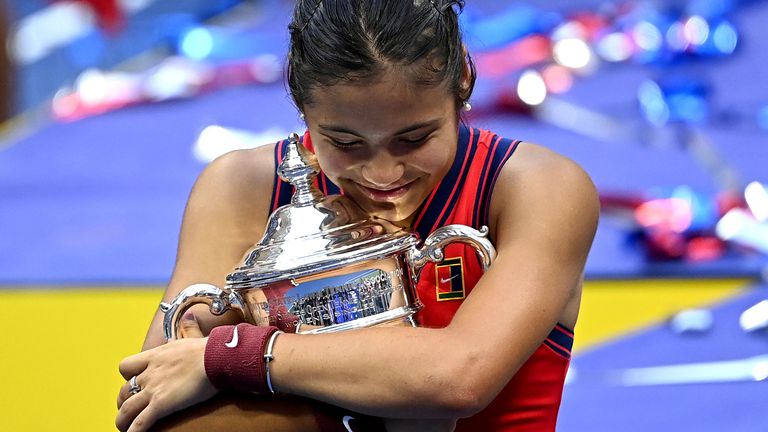 "I've spent a little bit of time around her on the practice court, but more so in the same building, training close to each other, and watching what she's doing, and she's obviously really, really good.

"But what she did in New York was very special, a huge boost for British tennis and gives hopefully the governing bodies an opportunity to capitalise on that and get more and more kids involved in the sport.

"It's great what she did and a huge opportunity for British tennis now."