British No 1 Emma Raducanu believes her heavy defeat at the hands of Elena Rybakina in Sydney will put her in a "better place" ahead of the Australian Open, which begins on Monday; "At the end of the day I just want to keep putting myself out there"

Emma Raducanu believes her Sydney International humbling will put her in a "better place" as the British No 1 ramps up preparations ahead of the Australian Open.

The 19-year-old US Open champion suffered a 6-0 6-1 defeat to world No 13 Elena Rybakina in her first match since recovering from a bout of coronavirus.

Her defeat in 55 minutes came on the same day she secured a ranking of 17 for next week's Australian Open. 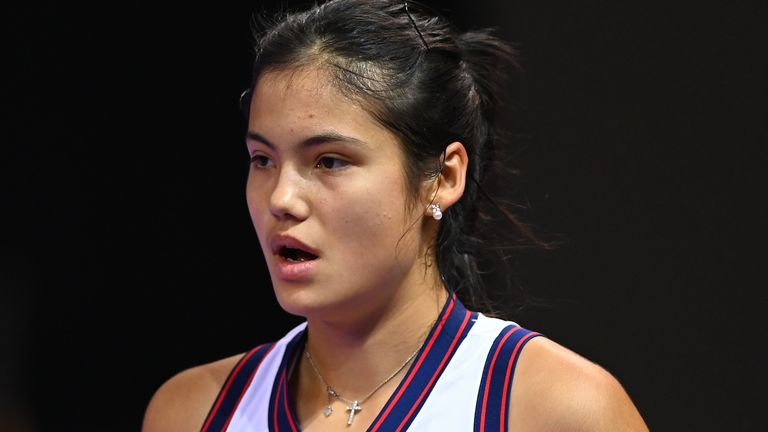 Raducanu, who was playing her first competitive match under new head coach Torben Beltz, has recorded just two wins on the WTA Tour since her extraordinary triumph at Flushing Meadows.

Despite not playing for 21 days, the teenager will now be painfully aware of the size of her task ahead of the first Grand Slam of the year.

"After the match I got a box of balls and went straight to the practice court," Raducanu told reporters.

"I felt I could have done some things better and I wanted to try and fix it straight away, just leave with a better feeling about it.

"At the end of the day I just want to keep putting myself out there. Even if I keep getting knocked down, it's just about getting back up and basically just falling in front. You're one step better, you learn more."

The teenager, from Bromley, who made history by becoming Britain's first female Grand Slam winner since Virginia Wade in 1977, remains determined to put in a solid run in Melbourne next week, despite her latest disappointment.

She added: "I could have easily said it's too soon and just play next week, but I wanted to really give myself some competitive points and matches. I think this will help in putting me in a better place for next week."