Dawid Malan crunches 98 not out from 44 balls as Trent Rockets chase down 190 with six balls to spare against Manchester Originals; Rockets win third straight game as Originals suffer third consecutive defeat; Phil Salt's unbeaten 70 in vain for home side 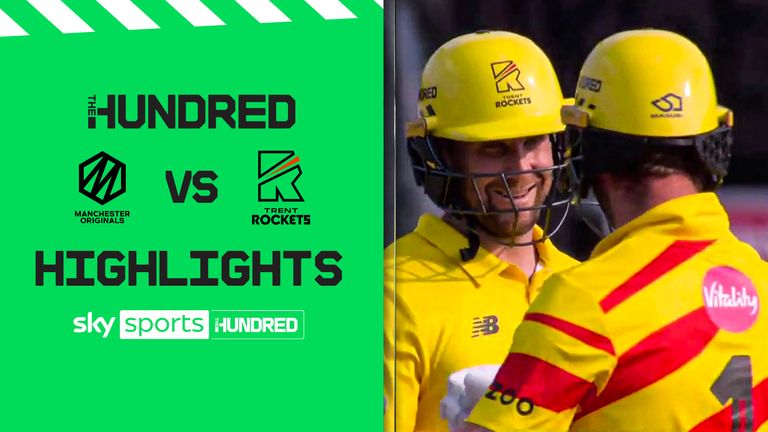 Manchester Originals racked up 189-3 against Trent Rockets at Emirates Old Trafford - but it was not enough as Dawid Malan led the visitors to the highest successful run chase in Hundred history.

Dawid Malan (98no off 44) propelled Rockets to their target of 190 with six balls to spare as the Midlanders made it three wins out of three this term and inflicted a third straight defeat on the Originals.

Malan nailed nine sixes and three fours as he carded his fifth Hundred fifty and second in a row after his unbeaten 88 against Northern Superchargers last time out.

Phil Salt (70no off 46 balls) earlier top-scored for Originals as they posted what was then the second-highest total in The Hundred, behind only Northern Superchargers 200-5 against Originals at Headingley last season.

Stubbs smashed fellow South African Tabraiz Shamsi for four sixes in a row before holing out from the next delivery, with Evans and Salt then combining to add 52 runs from the final 20 balls in Manchester. 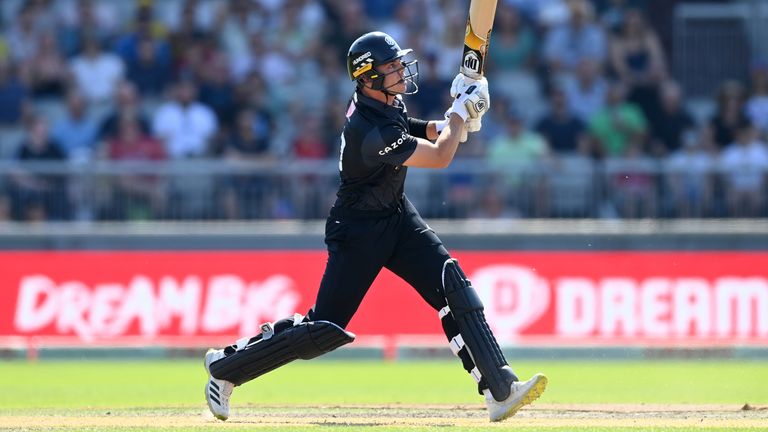 For Rockets, Samit Patel (2-20 from 20 balls) impressed as his fellow bowlers were carted and Alex Hales was sharp in the field, catching Buttler, Stubbs and Andre Russell (16 off 10) in the deep.

Hales and Malan then gave Rockets a rapid start to the chase with the away side reaching 50 in just 18 deliveries and 85 off 37 before Hales chipped Matt Parkinson's next delivery to short cover.

Malan proceeded to reach fifty from 23 balls with a six off Russell over deep midwicket but fell two runs short of three figures, meaning Birmingham Phoenix's Will Smeed remains the only centurion in the competition to date. 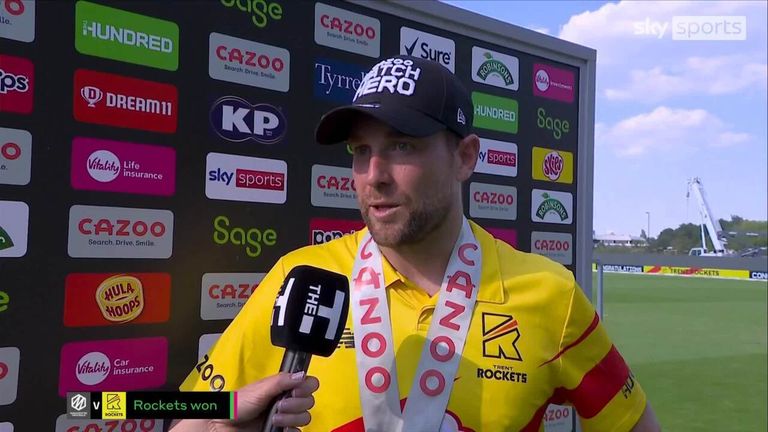 Dawid Malan reflects on his unbeaten 98, which helped Trent Rockets to a third straight win in The Hundred

Malan said: "We know more about The Hundred than we did last year. Last year we approached it a bit like a T20 but there are fewer balls here and you want to get ahead of the game as quick as you can, so you are willing to take more risk early to get yourself above the [required run rate]

"I thought Originals had too many runs so for us to get over to the line was brilliant. We know that if we got a good start we had more of a chance. The pressure was on them to take wickets which gave us a good opportunity to score. It was disappointing (to miss out on a hundred), but we're here to win games. That's the main thing."

Manchester Originals captain, Jos Buttler: "We felt 190 was a really good score but they came out hard and put us under a lot of pressure. We never really managed to drag it back. We have a lot of games in a short space of time now and we need to get on a good run. We just need to put in some complete performances."

A bumper weekend of action in The Hundred continues on Sunday with another FOUR matches.

You can watch both women's games via our free live streams as Northern Superchargers play London Spirit (10.30am on air for 11am start) before Oval Invincibles host Southern Brave (2pm on air for 2.30pm start).

Watch every match from The Hundred this summer live on Sky Sports.