David Luiz signs for Arsenal from Chelsea on two-year deal

Arsenal have completed the signing of David Luiz from Chelsea on a two-year deal for a fee of £8m.

The Brazilian centre-back, who made 248 appearances for Chelsea across two spells with the club, underwent his medical on Deadline Day after the two sides agreed a fee.

Luiz trained away from the rest of Frank Lampard's squad on Wednesday after indicating he wanted to leave the club.

"David has huge experience and I look forward to working with him again," Arsenal head coach Unai Emery said.

"He is a well known player and adds to our defensive strength."

The 32-year-old is Arsenal's second Deadline Day signing after they completed a £25m deal for left-back Kieran Tierney from Celtic.

David Luiz: Did you know?

Arsenal had been left short at centre-back after the departure of former captain Laurent Koscielny, who shocked the club by demanding a transfer with a year left on his contract.

Luiz began his first spell at Chelsea in 2011, before returning to Stamford Bridge in 2016 after a two-year spell with Paris Saint-Germain.

'Luiz is a winner'

"I think Arsenal do need David Luiz, they certainly need to strengthen in the centre-back area. He is a proven winner in the Premier League, he's won multiple league titles and he's winner wherever he's gone. The manager knows him - Unai Emery worked with him at PSG - and he obviously feels like he can bring him into Arsenal and he can help strengthen them, which I think he will. 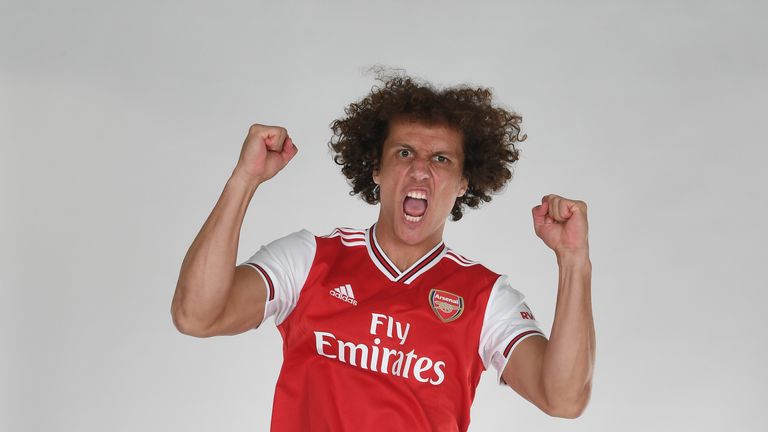 "Luiz's family are settled in London, they wont have to move, he still gets a big London club in Arsenal and it works for both parties. Frank Lampard will be the happiest out of everyone because he doesn't have a disgruntled player in his dressing room, he's got a player who he has moved on to another club - albeit a rival."