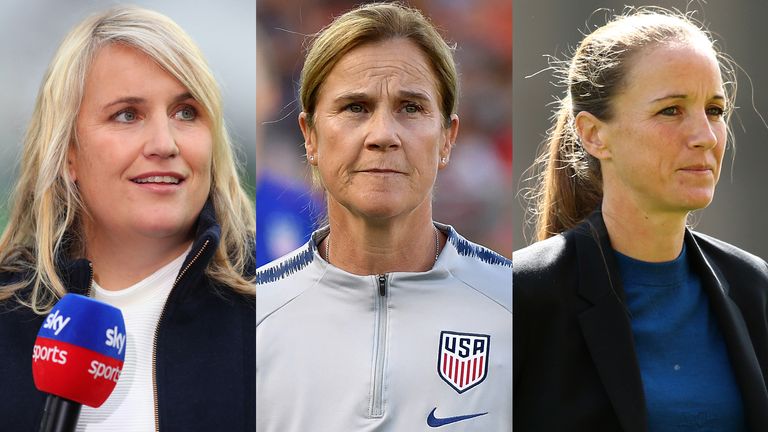 Emma Hayes, Jill Ellis and Casey Stoney are among the names being linked with the England Women job

With the FA in the market for a new England Women manager, who are the contenders and what are their coaching credentials?

It was announced last month that Phil Neville would be stepping down as manager of the Lionesses when his contract expires in July 2021 after a turbulent period since the 2019 Women's World Cup.

But who are the names in the frame? We take a look… Former defender Casey Stoney is a recognised and respected name in the women's game, having played for the likes of Arsenal, Lincoln and Charlton during her playing career. She had a brief taste of management in 2009, when she was appointment as player-manager at Chelsea after the departure of Steve Jones.

She earned 130 caps for the Lionesses and only retired from international football in 2017. Some of the current squad have played with her and others have worked with her during a brief spell as England Women assistant coach under Neville. However, she is best known for her current role as Manchester United Women manager.

Stoney was appointed at the inception of the team in June 2018, winning the FA Women's Championship in her first season, with Manchester United promoted to the Women's Super League, as well as reaching the FA Cup quarter-finals and League Cup semi-finals.

It's been a pretty impressive start to life in the WSL too. Manchester United are fourth in the table behind the might of Manchester City, Chelsea and Arsenal and in September 2019, 31,213 fans attended the first ever women's Manchester derby at the Etihad Stadium, which United lost 1-0. They did exact their revenge six weeks later, however, with a 2-0 League Cup win against their local rivals.

Speaking on the Women's Football Show, former England international Sue Smith said: "In my opinion, it has to be someone from the women's game or at least someone with experience of the women's game. Stoney is a great shout for me, although I don't think Man United fans will like me for saying that.

"Not only is she a well-respected player, she's also now got her managerial experience with Manchester United, she's got them up from the Championship and they're not doing really well in the Women's Super League so similar to Gareth Southgate, she can develop as a manager, maybe alongside someone with a bit of experience." Indeed, there could be a question mark over her lack of managerial experience. She has only been in the top job for around 18 months and one of the criticisms of Neville was his lack of coaching roles before being installed in a high profile England position.

But much like Neville, she has years of playing experience both domestically and internationally and she knows the women's game inside and out. She would also be a hugely popular choice with the players which would likely help get England back on track. One of the best known names in the women's game, Emma Hayes was a strong contender prior to Neville's appointment and has a glittering CV that will certainly put her near the top this time around too.

Hayes began her coaching career in the USA and had a successful spell as first assistant coach and academy director at Arsenal. But it was her move to Chelsea in 2012, replacing outgoing head coach Matt Beard, that has really bought her talent to the public attention

In her eight-and-a-half-year spell at the club, she has won two WSL titles as well as two FA Cups and a League Cup while also taking her side to the Champions League semi-finals twice - with her European aspirations potentially being the difference between accepting the England position and staying with Chelsea. 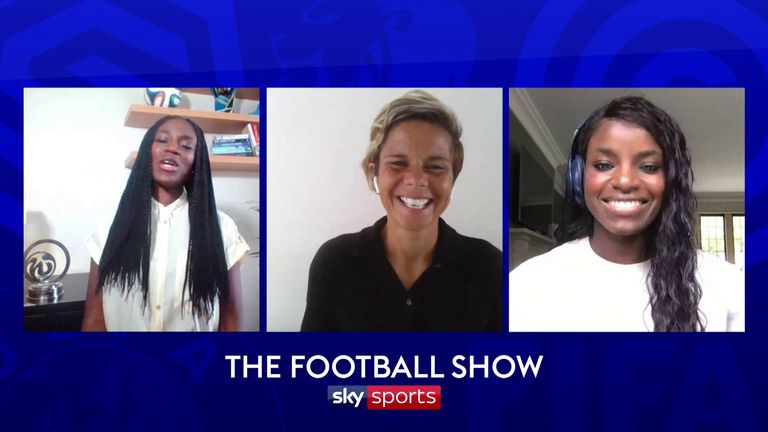 Speaking on The Football Show recently, Hayes explained: "I still have half-a-season to go and a full season next season to contemplate, where hopefully we'll qualify for Europe. It's been no secret that I have really big ambitions to win the Champions League and I think we have built a team that is capable of that; we have a few more pieces to add to finish the side off. 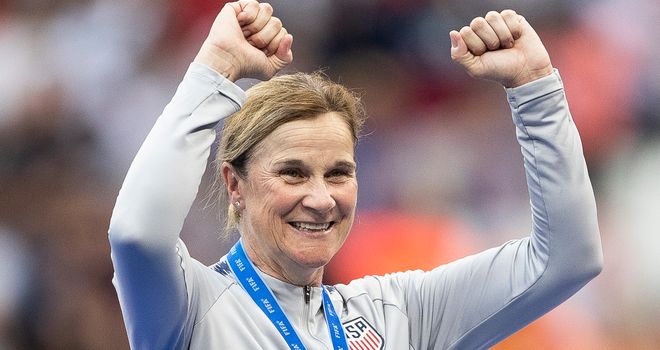 International pedigree doesn't come much higher than Jill Ellis. She is currently in an ambassadorial role for US Soccer after stepping down as USA Women manager in October 2019 after a hugely successful four years.

While identifying very much as an American, Ellis was born in Portsmouth and moved to the USA as a 15-year-old, where she started playing organised football - there were no opportunities for girls to play in teams in 1970s England.

She played for high school and college teams before taking the path into coaching, starting out in college teams before joining the USA Women set up. She made her way through the ranks, coaching in the youth teams with intermittent periods as the senior assistant and interim manager. She was also part of the USA coaching staff that won the women's football gold medal at the 2008 Olympics.

Ellis was eventually awarded the permanent managerial position in 2014 and solidified the USA Women's status as a global powerhouse. She guided the team to two successive World Cup victories, two CONCACAF Women's Championships and two SheBelieves Cup titles among her accolades. 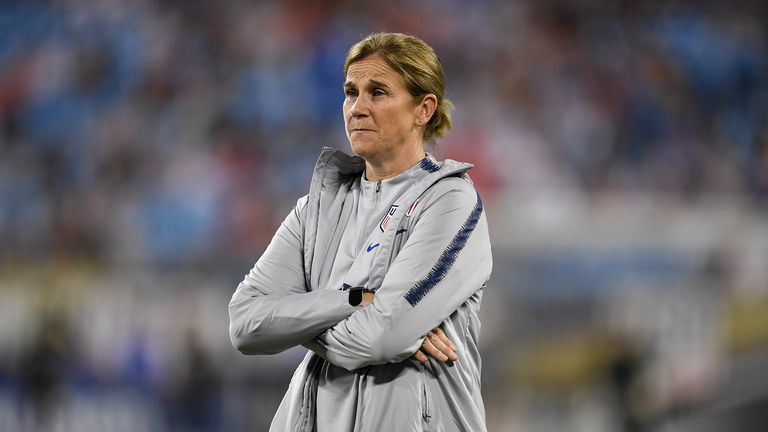 Eni Aluko believes former USA coach Jill Ellis, who was born in Portsmouth, could be the person to replace the outgoing Phil Neville as head coach of the England women's team

Speaking on the Women's Football Show, Eni Aluko said: "I think Ellis is definitely the candidate that is potentially going to move this on and bring silverware to the England team.

"The England Women's team now are at that point where they're getting to semi-finals and now need to be getting to a final and winning it; winning World cups, winning European Championships. The only person I think that is in the best position to do that, having won back-to-back World Cups, having won Olympics with the US national team, is Ellis.

"I think she has that pedigree, she has that experience, she's worked with some of the best footballers, elite athletes, in the world.

"I think the only problem would be with Jill Ellis is the contract she's probably going to command is going to be very, very high and it's whether the FA are willing to invest that amount of money. I'm talking about commensurate to what Gareth Southgate's paid; they're coming from that equal-pay expectation. So I think the contractual issue will be a big one."

The lure of international competition could coax Ellis away from US Soccer and back to British shores and it would be a real coup for the FA. Few international managers have more experience, more titles and more respect than Ellis, but there would be pressure on her to replicate that with England. Based on her past, Ellis has no trouble handling pressure and expectation. Another coach with plenty of experience coaching in the women's game, Nick Cushing left his role at Manchester City Women in February. He was first appointed in 2013 ahead of the newly expanded WSL season and in that time, won a WSL title, two FA Cups and three League Cups. He also led City to three second place finishes in the WSL in his last four seasons.

But the lure of men's football proved too much for Cushing as he joined former Celtic manager Ronny Deila at MLS side New York City FC as assistant manager - another club also own by the City Football Group - early this year, finishing his spell in Manchester with a 2-1 win against Arsenal.

Would Cushing want a return to the UK so soon after making the move to the USA? Without asking the man himself, it's impossible to tell. Not long after he joined NYCFC, the season was suspended due to the coronavirus pandemic so Cushing has not really got going in his new assistant role yet.

And by the time July 2021 rolls around and the new England manager takes over, it's hard to say how much football would have been played. Cushing may want to continue exploring his opportunities in New York before making a huge jump into the England job. 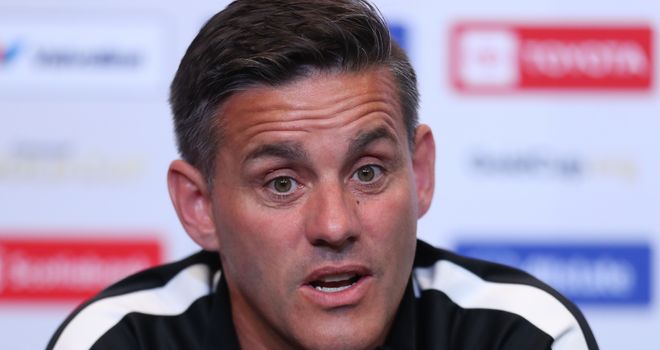 Another English-born coach who has had success abroad, John Herdman is originally from County Durham and coached in the youth system at Sunderland in the early throes of his career, before moving to New Zealand.

While there, he was manager of the national women's team, taking them to two World Cups in 2007 and 2011 plus the 2008 Beijing Olympics. He then moved to Canada Women in 2011, coaching them to successive Olympic bronze medals at London 2012 and Rio 2016 plus a quarter-final appearance at their home World Cup in 2015.

His success with the women's team saw him offered the Canada men's position in January 2018, also being appointed as the national director for the men's game in the country. His assistant coach is former Newcastle, Sunderland and Burnley defender, Steven Caldwell.

Herdman has created quite the name for himself in Canadian football and has risen to the top of their ranks. He would have to weigh the pros and cons of going back into international women's management with a higher profile team, where he will be expected to achieve even more success. 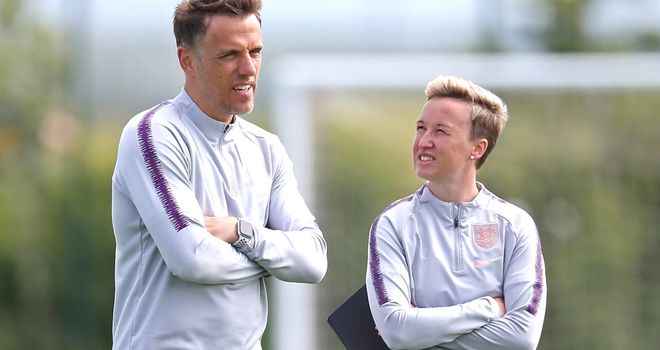 Another name being touted as a contender is current England Women assistant Bev Priestman, who was coached by and worked under Herdman in the UK, New Zealand and Canada before joining the England set-up when he was appointed in the men's role.

She has heaps of international coaching experience in the women's game, and now could be the time for her to take that important step into the main role. There would be a lot of expectation on her shoulders but she knows the Lionesses set-up and the players, giving her a good head start.