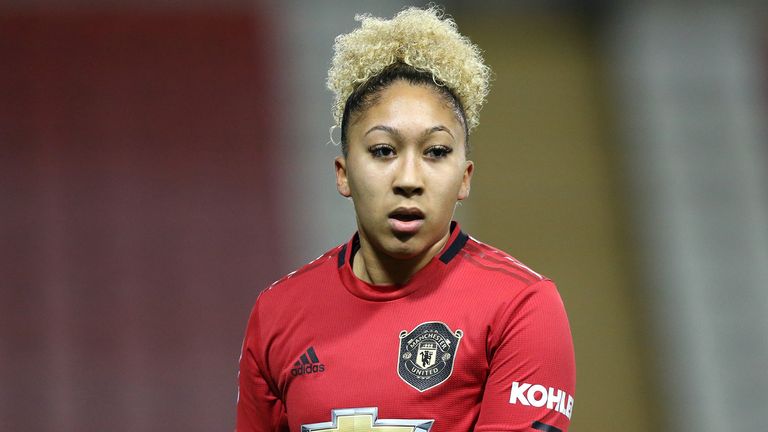 We catch up with the James family, who have two professional footballers - Lauren and Reece - in their midst

Sporting talent often seems to run in the family - and that is certainly the case for talented young footballing siblings Lauren and Reece James.

The duo have been impressing on the pitch for Manchester United Women and Chelsea respectively, and their father Nigel runs a very successful football academy himself.

Speaking of successful academies, Reece is one of several Chelsea graduates who has broken into the first team this season - in his case after a string of impressive displays during a loan spell at Wigan last term.

The 20-year-old told Sky Sports: "This season was slow getting started, because I was injured at the start.

"But, as I found my rhythm and the season has gone on, I think my performances have picked up.

"I think it's great that loads of players I played with coming through the academy are now in the first team as well.

"I think it shows how hard the academy works and the effort they put in to produce good players."

Tremendously versatile, England Under-21 international James can play in a back four, as a wing-back, or in midfield.

He added: "I probably prefer right-back but there is not much in it.

"I will happily play right-back and midfield - I have played there enough that I am comfortable playing that position as well."

But James is not the only member of the family who has been impressing this season.

His younger sister Lauren has helped Manchester United to fourth place, in their first season in the FA Women's Super League.

"So far this season, I think we have done well," said the 18-year-old forward.

"We have competed with the top teams well.

"Unfortunately, we didn't take the points that were sometimes deserved, but I thought we came across well in the games and competed.

"Moving up to the WSL, we have had to keep pushing each game."

Having joined United in 2018, James recently won an award for Super League Young Player of the Year.

"Obviously it's a great feeling to get recognition and I just need to keep working hard and developing my game," she said.

"I had Reece in Wigan [after moving up] which wasn't too far from Manchester and settling in with family up there as well made the season a lot easier."

Lauren and Reece's father Nigel is a UEFA-licenced coach and has obviously had a huge impact on their success.

He said: "It has been a complete roller-coaster for both of them and I am extremely proud of the way they have conducted themselves.

"It is a joy to have not just one but two fulfilling their dreams."