Ruben Dias, a £65m signing from Benfica in late September, has helped transform Manchester City's defence as they sit top of the Premier League table after the midway point of the campaign - how do his stats compare with Van Dijk's in his first 25 starts? 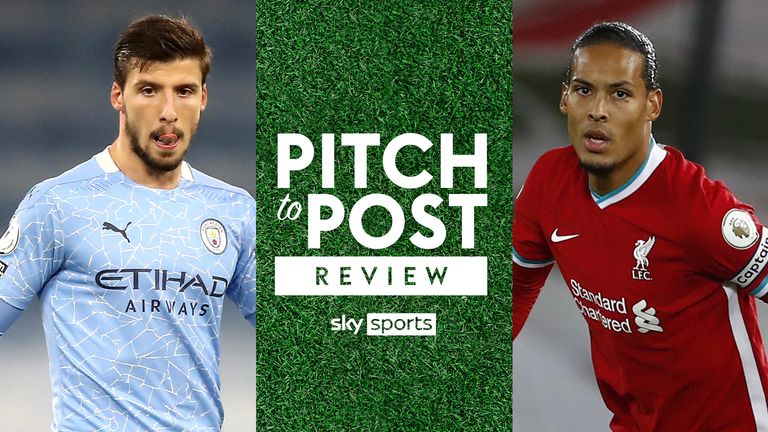 In the latest Pitch to Post Review show, the panel analyse Ruben Dias' impact at Manchester City, and compare it with Virgil van Dijk's at Liverpool.

Dias, a £65m signing from Benfica in late September, has helped transform Manchester City's defence as they sit top of the Premier League table after the midway point of the campaign.

Jasper Taylor was joined by SkySports.com deputy football editor Kate Burlaga and senior football journalist Gerard Brand to talk about the 23-year-old's season so far and assess the numbers.

'You don't win titles without a good defence' 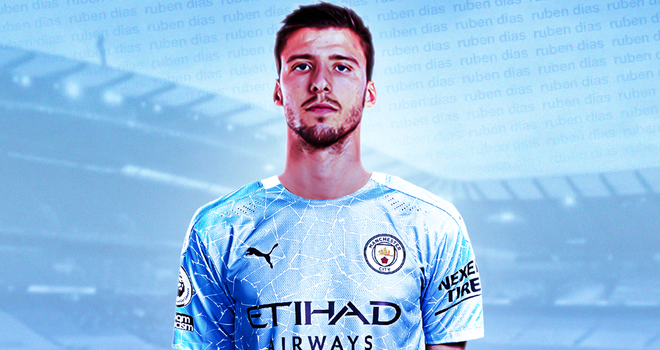 "City have been through a lot of centre-backs through the years. First, it was to find a suitable partner for Vincent Kompany - they went through Eliaquim Mangala and Nicolas Otamendi - and then to replace Kompany, and I think they've found that man.

"In Van Dijk's first 25 starts they conceded 24 goals, they had 15 wins and lost six times. Granted, Van Dijk's influence was properly felt the next full season - he brought the goals per game down by almost half, which is incredible. And Dias has had a similar influence at City.

"I know these numbers are a comparison in terms of who has had the bigger impact, but that I think would be taking away from the main point, which is that this just goes to show that having that key figure in defence is arguably more important than having a goalscoring centre-forward. 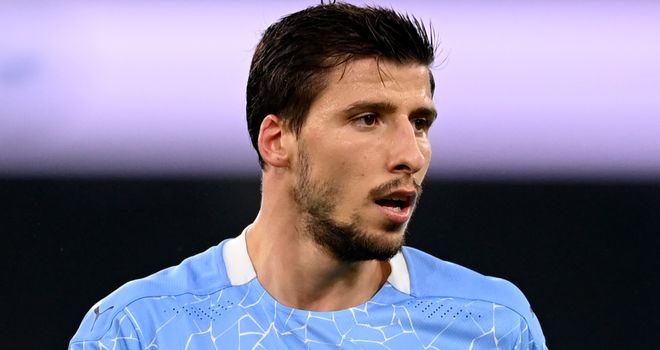 "Gabriel Jesus scored on Saturday, but City have got to where they are despite not having Sergio Aguero. Titles have been won without a 20-goal striker, but never without a good defence.

"And like Van Dijk, it feels like Dias is City's second captain. I think it says a lot that City could change their centre-back partner - like Liverpool did a lot with Van Dijk - and indeed both full-backs on Saturday against Sheffield United, and cope just fine. Dias was visibly the middle-man between Aymeric Laporte and Kyle Walker making sure everything was going according to plan." 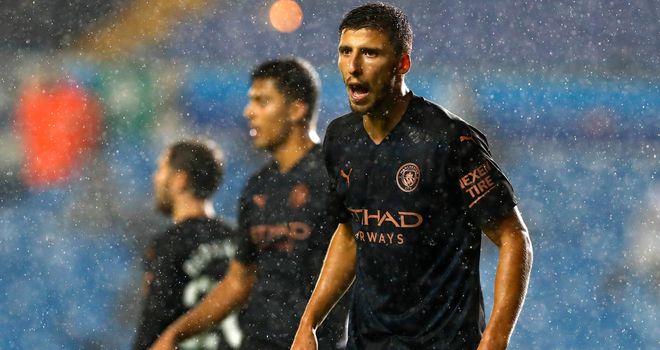 Kate Burlaga on the Pitch to Post Review show:

"Dias has barely put a foot wrong since arriving. I had the chance to speak to Pep Guardiola after that 5-2 defeat by Leicester in September, and he cut a calm figure actually; probably because he knew what he'd just signed in Ruben Dias.

"He waxed lyrical about his leadership skills, how important it is to have a player on the pitch to spread the coach's message.

"Dias didn't have loads to do against Sheffield United but what he did was very accomplished; I love the fact he enjoys the fundamentals, the 1 v 1s, the blocks, the interceptions.

"He was barking out instructions, he's bringing the best out of those around him - John Stones for example - and only Rodri has made more successful passes in the opposition half than Dias.

"City have conceded just the seven goals in 18 league games he's started; he's given them that solid base and also platform to play. He's been brilliant."

'Pep is back from under the radar' 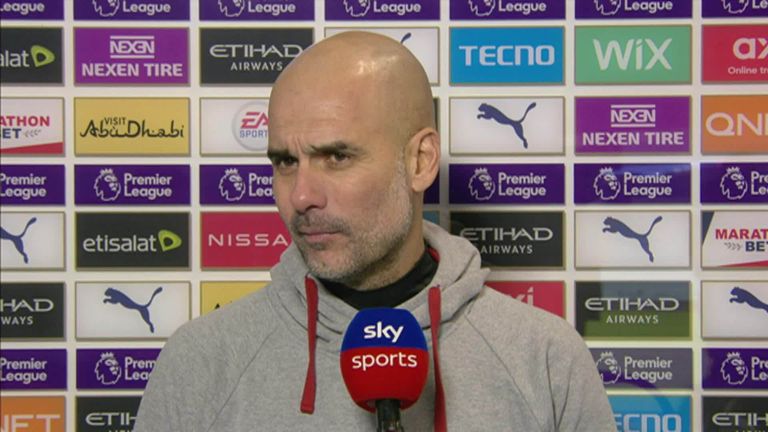 "Pep Guardiola has got his smile back and he's bouncing a bit in press conferences. I sensed that he was just biding his time earlier in the season, I think he knew what he was doing when everyone was criticising this City side for attacking less.

"I think this season attention gets shifted a lot across the top teams - one week it's with Jurgen Klopp and Liverpool's defensive crisis, then it's with Jose Mourinho's Spurs, then it's with Frank Lampard's Chelsea, now Thomas Tuchel's Chelsea, and then it was the Arsenal crisis, then Manchester United going from crisis to challengers - there's storylines all over the shop - but Pep has quietly gone about things recently and I think that helps.

"I do think there will come a time where they'll need Sergio Aguero - he's the man for the big game, and they're nearly at the end of their run - which was, by the way, the easiest run in Premier League history I think.

"They'll have played 9th, 16th, 17th, 18th, 19th, and 20th in the table - but after Burnley they face Liverpool, Spurs, Arsenal and Man Utd in the space of five games, with a game against West Ham thrown in as well. So it's been a good month, but it's just a month. There are four more to come."