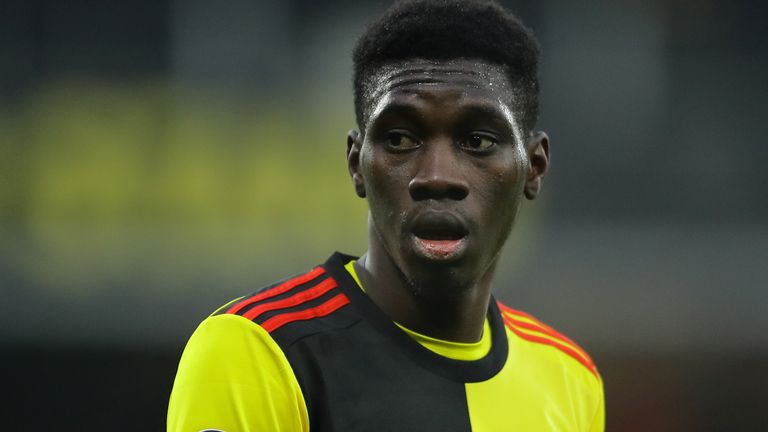 Watford have rejected a £25m bid from Crystal Palace for winger Ismaila Sarr.

The Championship club value the 22-year-old at nearer to double that figure, having paid a club-record £40m to sign him from Rennes in 2019.

Sarr impressed for Watford last season, despite their relegation from the Premier League, scoring six goals for the Hornets - including a double in their 3-0 win over Liverpool.

The Premier League champions were linked with Sarr earlier in the transfer window, while Manchester United also considered a move for the Senegal international after failing to sign Jadon Sancho from Borussia Dortmund.

Palace, meanwhile, have already signed Eberechi Eze from QPR for a fee that could rise to £20m, while Nathaniel Clyne and Nathan Ferguson have also arrived at the club on free transfers.

Michy Batshuayi has also rejoined Roy Hodgson's side on a season-long loan from Chelsea, having previously spent part of the 2018-19 season at Selhurst Park.

Palace close in on Butland signing

Palace are hoping to sign a goalkeeper before the domestic transfer window closes on Friday, with sources close to the deal confident that Stoke's Jack Butland will move to Selhurst Park.

The Eagles are keen to strengthen in goal after No 2 Wayne Hennessey was injured playing for Wales earlier this week.

Roy Hodgson confirmed Palace's interest in Butland - who worked under the manager when he was in charge of England - saying: "Jack's name has been mentioned.

"Obviously we are aware of the problems we would have if it turns out Wayne's injury is a serious one which is going to keep him out for a longer period of time. That would leave us very light on the goalkeeper front and certainly I know Jack's name is one name which has been mentioned, but he has not been the only name mentioned.

"This is a job for our sporting director Doug Freedman, who is working hard to see what options are available and will then present them to me sometime this afternoon if he has been able to find an option."

Butland went to the 2018 World Cup as England's No 2 but his form has suffered since, and he now finds himself out of the first team at Stoke and into the final year of his contract.

The Championship side are understood to only be willing to allow Butland to leave if they can sign a replacement before Friday's deadline. Talks with Southampton over a deal for Angus Gunn are understood to be progressing.

If Palace are unable to secure the signing of Butland, Charlton's Dillon Phillips is believed to be another option they are considering.

When does the second transfer window close?

The domestic transfer window closes at 5pm on Friday.

Sky Sports News will also be across all the latest comings and goings with transfer bulletins and the latest from the clubs making moves throughout the day. 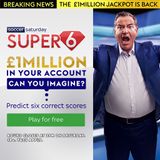