Ademola Lookman, 23, spent last season on loan at Fulham, making 35 appearances in all competitions, scoring four goals as the Cottagers were relegated from the Premier League; midfielder Dennis Praet also joins Serie A side Torino on a season-long loan deal 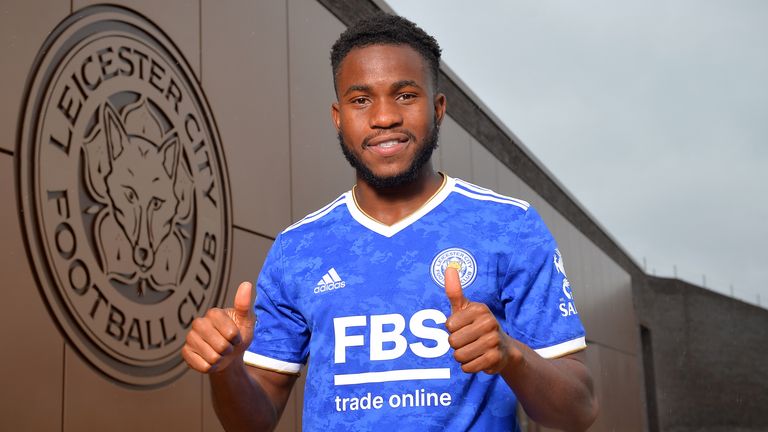 Ademola Lookman has joined Leicester on loan from RB Leipzig

Leicester have signed RB Leipzig winger Ademola Lookman on a season-long loan deal with an option to buy.

The 23-year-old spent last season on loan at Fulham, making 35 appearances in all competitions and scoring four goals as the Cottagers were relegated from the Premier League.

The former Charlton winger spent two-and-a-half years at Everton before moving to Leipzig permanently in July 2019, where he has made only 13 appearances.

Lookman said of his move to the King Power Stadium: "I'm delighted to be here. It's a great honour to be at such a big and amazing club with such a huge history and a quality group of players.

"The facilities are incredible. It's pretty mind-blowing and I just can't wait to get to work here. I think environment is very important for a player, so this is the right environment for me to work hard every single day and to help my craft be even better." It is the second piece of transfer deadline day business Leicester City have done after midfielder Dennis Praet joined Serie A side Torino on a season-long loan deal.

The 27-year-old joined Leicester in August 2019 and has made 60 appearances for the club in all competitions, scoring three goals.