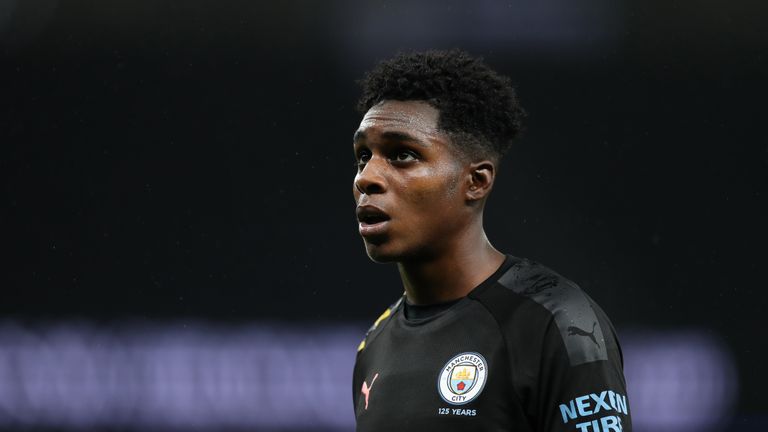 Celtic have completed the signing of Manchester City defender Jeremie Frimpong on a four-year deal.

Frimpong, 18, is a versatile left-back who can also play as a left-sided midfielder.

The Dutch-born defender has been in City's youth system for three years and was part of the side which reached the quarter-finals of the EFL Trophy last season.

"It feels amazing to have joined Celtic. What a massive club to be part of," he told the club's website.

"I'm just lucky to have been picked and I'm grateful for everything. I'm just happy to be here and I just want to get on the pitch and show the fans everything that I've got.

"I'm looking forward to training with my new team-mates and getting to know them. They've got more experience than me, so I'm hoping they'll be able to help me as a player.

"I started going on YouTube to watch Celtic, and when they were on TV, I watched the games. I watched Sunday's match against Rangers. What a game! Celtic were brilliant and deserved to win.

"Now I can't wait to play at Celtic Park in front of the fans. Hopefully when I get on the pitch and do something good, I'll hear the noise for me."

The Scottish Premiership champions have also completed the signing of senior left-back Greg Taylor from Kilmarnock for an undisclosed fee on a four-year contract.

They have also completed the signing of young Irish defender Lee O'Connor from Manchester United on a four-year contract.