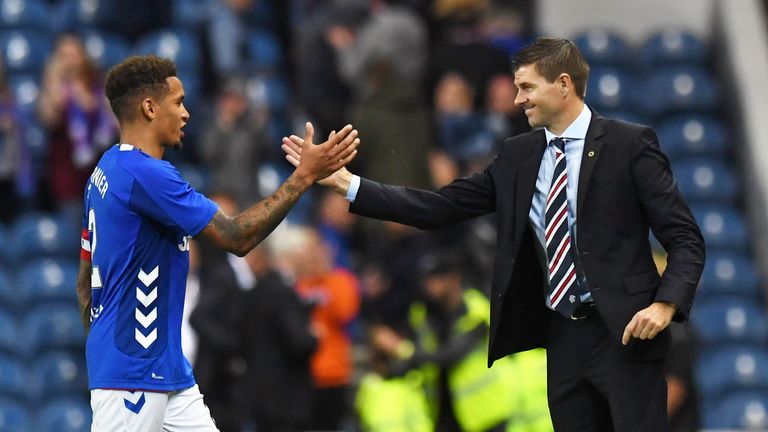 Rangers boss Steven Gerrard says Brighton will have to pay an "awful lot of money" to prise captain James Tavernier away from Ibrox.

Brighton have been linked with a January move for Tavernier, who was named captain at Rangers when Gerrard took charge in the summer.

Tavernier, 26, was subject to interest from West Brom in the summer, and while Gerrard expects more clubs to rival Brighton for the full-back's services, the Rangers boss insisted no player would be leaving on the cheap.

Speaking after Rangers' 3-1 win over Hearts, Gerrard said: "I know the CEO at Brighton (Paul Barber) very well. I used to work alongside him at the FA. He's got my number and he knows where I am.

"But he best go to the owners and ask for an awful lot of money if he wants James Tavernier.

"That goes for any CEO, any owner, any club that wants my captain. They best go to the bank and get an awful lot of money out - or he's not going.

"I would be surprised if teams don't come (for Tavernier) because he's been absolutely fabulous for me.

"Every player has their price but if the price is not right then he does not go anywhere. He stays as my captain."

Gerrard added: "All my players are for sale. Let's get it out in the open. Every single one of my players is for sale. They have all got a price.

"But they are not the old prices. It's the new prices. So if you want them then come with loads of money and you can have them."