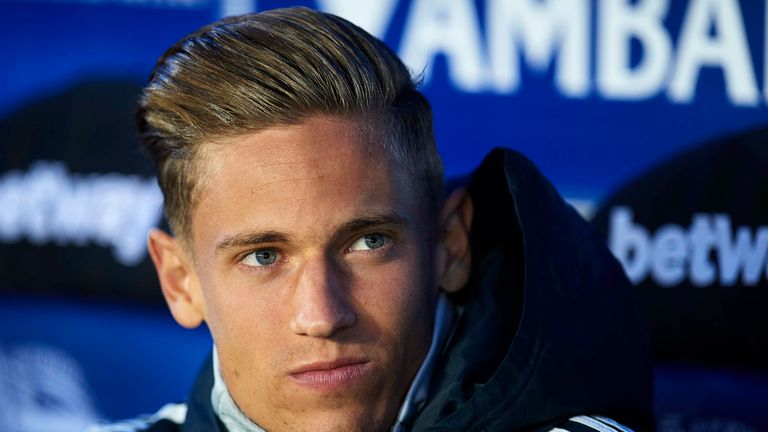 Marcos Llorente will make the switch from Real Madrid to Atletico

The Spanish midfielder is set to sign a five-year contract with Atletico subject to a medical.

The 24-year-old, who made just 16 appearances for Real last season, will move for a reported £35m.

The move could pave the way for Rodri to complete a move to Premier League champions Manchester City, who are ready to pay his release clause.

Rodri told Atletico earlier this month that he wanted to leave the club for a new challenge. He has also interested Bayern Munich.

Sky Sports News reported last month that Llorente and Lyon's Tanguy Ndombele, who has been the subject of talks between the Ligue 1 side and Tottenham, were also on City's shortlist for a holding midfielder behind Rodri.