Woodgate: "The medical is unbelievable. Let's see what happens over the next 24 hours" 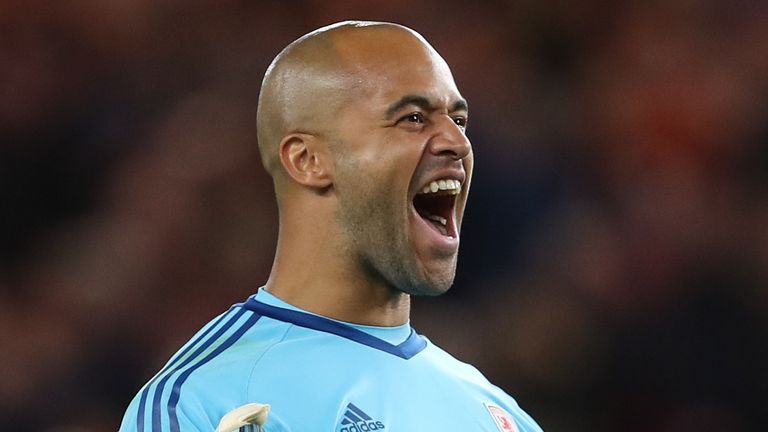 The Boro goalkeeper was supposed to complete a loan move back to West Ham last week but has been delayed due to issues with his medical.

The Republic of Ireland international has a reported thigh injury which has kept him out action for three weeks.

Speaking ahead of Tuesday's third-round FA Cup replay with Tottenham, Woodgate says the situation with Randolph could become clear over the next few days.

"It's the longest medical I've ever known in history and I've had a few medicals myself," joked Woodgate.

"But this [medical] is unbelievable. Let's see what happens over the next 24 hours.

"Darren is a professional, he's been an outstanding keeper for us. We will wait and see." Assombalonga has been out of action since December

There are no fresh injury concerns for Woodgate's squad to face Tottenham, but forward Britt Assombalonga is still out with an ankle injury he sustained against Charlton in December.

"He tried to train again yesterday and he's still not right. He won't be travelling with us."

Middlesbrough will be back in London to face Fulham in the Championship on Friday and will be live on Sky Sports Football.