Man City sign Jamaican striker Khadija Shaw on three-year deal after she left Bordeaux; Shaw was the top goalscorer in the French league last season with 22 goals; Shaw has scored 42 goals for Jamaica and led them to qualification for the 2019 FIFA Women’s World Cup 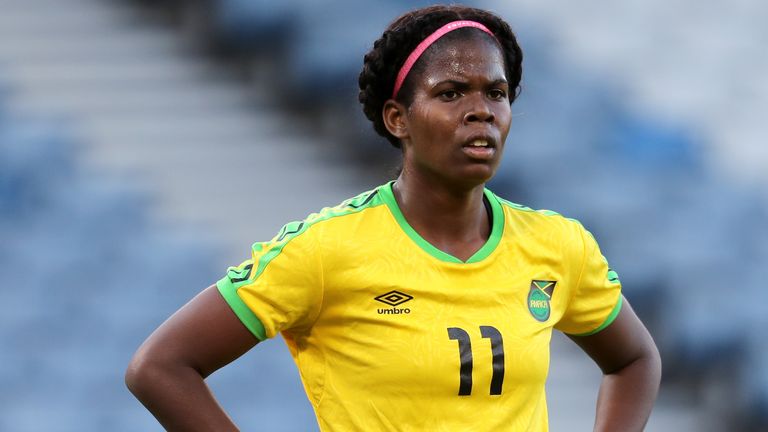 Khadija Shaw was the top goalscorer in France last season

Shaw was the top goalscorer in the Division 1 Féminine with 22 goals last season and was the only non-Paris Saint-Germain or Lyon player named in the league's team of the season.

The striker, who is nicknamed 'Bunny', has signed a three-year contract at City and had been linked with a transfer to the club in April.

She recently sat out Jamaica's 1-0 win over Nigeria in the opening match of the WNT Summer Series in the United States, with the federation stating it was "for time to recover from an intense season and to consider her future".

Shaw posted a goodbye message to Bordeaux on her Instagram account, which read: "I would like to start by saying thank you to FC Girondins de Bordeaux for giving me the opportunity to grow and become a better footballer. Thank you to my teammates and staff for making me feel at home since I arrived. I take with me two years of memories, lessons and amazing moments.

"Lastly, the fans, your never-ending love and support have always pushed me to go the extra distance. You were instrumental in our achievement, especially this season. I have no doubt that the club will continue to progress and reap deserving success. All the best and good luck for the future."