Andre Gomes and Jean-Philippe Gbamin will both be back training individually alone by next week - but Everton still looking for central midfielder, says Ancelotti Everton manger Carlo Ancelotti has rubbished newspaper reports that he wants the club to sign a new goalkeeper to replace Jordan Pickford.

Stories emerged this week, after Sunday's 1-0 FA Cup defeat to a young Liverpool side, that the future of England's No 1 was in doubt with new boss Ancelotti keen to sign someone to challenge Pickford.

But speaking ahead of Saturday's visit of Brighton in the Premier League, Ancelotti said: "I read that I'm looking for a goalkeeper, this is not true.

"I have a great goalkeeper, who is the goalkeeper of the national team."

Everton have struggled in midfield this season with long-term injuries to Andre Gomes and Jean-Philippe Gbamin.

Ancelotti says Gomes, who was initially feared to be out for the remainder of the season with an ankle injury, will begin training individually next week as he steps up his recovery. He also says Gbamin has started training alone. 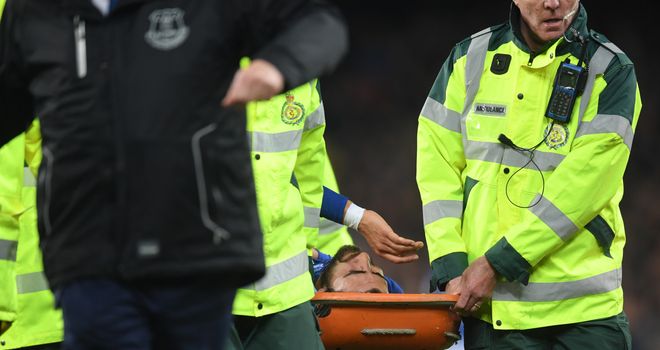 Andre Gomes was stretched off against Tottenham in November

Despite Gomes and Gbamin nearing a return to first-team action, Ancelotti says Everton would like to sign a central midfielder in January.

Asked if he is looking to sign a central midfielder, he said: "It can be.

"We spoke after January 5, we had a positive meeting, and we are looking if there is a possibility to improve our squad. If you want to know the name. I won't mention any names, but all of the names in the paper are wrong."

After the Liverpool defeat, Everton midfielder Fabian Delph got in a spat with a fan on social media after responding to criticism about his performance. 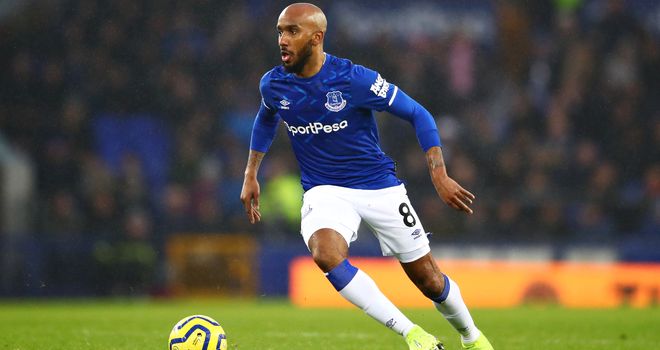 Fabian Delph has been warned about reacting to fan abuse

It comes in the same week the club's director of football, Marcel Brands, had to speak with angry fans at the club's Finch Farm training ground.

Ancelotti is no stranger to such behaviour from supporters, saying it is normal practice in Italy, but has warned Delph not to repeat this mistake.

"I spoke and the club spoke with [Delph] and it was a mistake - he shouldn't do a reaction like that," said Ancelotti.

"But after the game everyone is emotional and you can make a mistake like that."

'Tosun loan a good solution for him'

"I spoke with him, he wanted to find a club that can give him the opportunity to play so I think it is a good solution for him, and I hope for him the best," added Ancelotti.