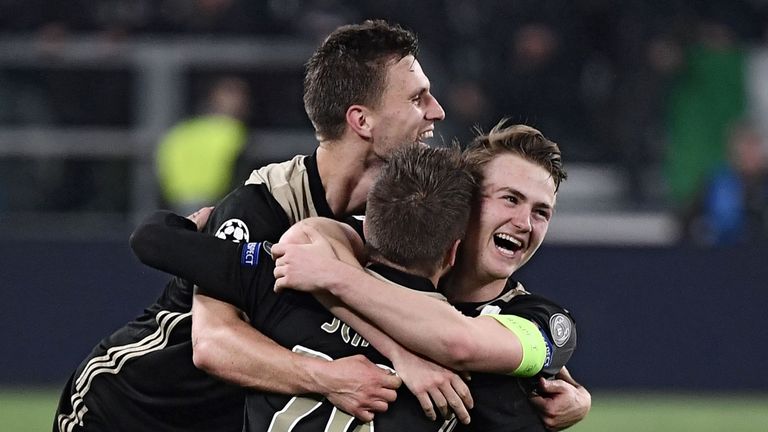 Some of Europe's most sought-after youngsters, including the likes of Matthijs de Ligt, Donny van de Beek and Steven Bergwijn were plying their trade in the Eredivisie last season. Dutch football expert Marcel van der Kraan gives us the lowdown on where they could end up this summer...

Ajax won the double last season - as well as reaching the Champions League semi-finals - on the back of the inspirational defensive performances of their captain De Ligt, the goals from midfield of Van de Beek, the creativity of Hakim Ziyech and the mesmeric wing play of David Neres.

Meanwhile, Bergwijn and Hirving Lozano played crucial roles as PSV Eindhoven ran their rivals close in the league, as well as pushing Barcelona and Tottenham all the way in a hardly fought Champions League group.

So, it should come as no surprise that some of the continent's biggest clubs are reportedly preparing to battle it out this summer for many of these players' signatures following Frenkie de Jong's £65 million move to Barcelona. 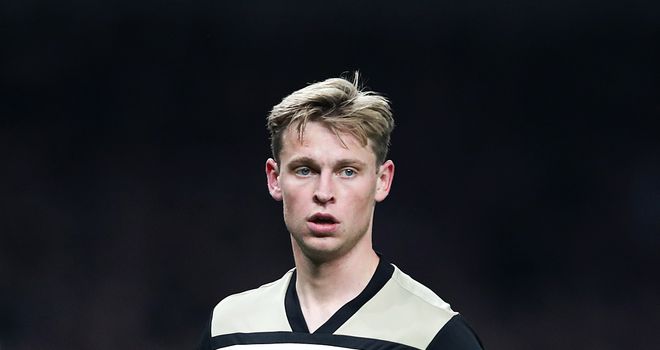 In fact, Sky Sports News understands Spurs are leading a host of top European clubs determined to land PSV winger Bergwijn, while De Ligt must be one of the most in-demand defenders in world football at present.

Luckily, Van der Kraan - speaking on the latest edition of the Transfer Talk podcast - is here to tell us exactly where each player may end up next season… 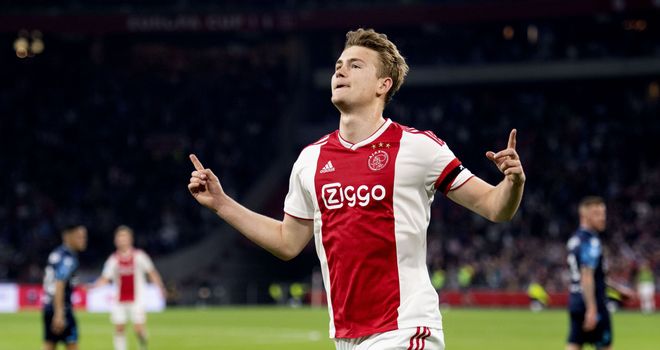 It is a battle of luxury he is bathing in. Juventus have been there from the start and are very keen to sign him, as confirmed by Cristiano Ronaldo.

Barcelona have already been over to Amsterdam for talks with Ajax to have talks with his representatives.

Real Madrid are also keen if anything goes wrong with Barcelona. PSG, very much at the forefront and keen to open talks if the Barca deal does not go through, or if they cannot sort everything out between the agent and the club.

And then of course there are a string of Premier League clubs who want to sit at the table with his agent. But at this moment, they fear they cannot out-muscle the deals that are currently on the table.

Van der Kraan's verdict: Premier League clubs fear they can't beat the deals currently on the table for the defender. This is going to be a crucial summer for Hakim Ziyech. Last year, his agent was speaking to many clubs, but they could not find the right deal and it was all about finances.

The Ajax fans were not happy with Ziyech. They thought he was too distant, they gave him a hard time and yet, his stats were fantastic. He has been a brilliant player and this season, he has been even more brilliant.

He is the creative brain, heart and soul of the Ajax side. He has so much to contribute to all the creativity they have shown in the Champions League. And that has made him realise that if he is to move, it has to be to a real footballing side.

He has more in the tank than people think because he can run all day and make those tackles that help defend. He is a lean player but what he has contributed for Ajax this season is just incredible.

I know that the player is keen on a club like Arsenal, who have always played good football. Manchester City also under Pep Guardiola play a kind of Johan Cruyff-Ajax style of football, as do Barcelona.

But not all of these clubs will line up for him. I think that if Arsenal did not have Mesut Ozil, they would have been the perfect club for him. But now, he has to choose between clubs in the Bundesliga, two or three clubs.

In Serie A, Roma have come back in for him after going for him last summer, while there are also one or two clubs in Spain who want him. But he is not that keen and Ajax are now aware that the best bit of business they may do this summer is to give him a new contract, rather than sign a new big-name attacker or midfielder.

So that could be the surprise of the summer, holding on to him. He is 'only' valued at 35 million euros (£31.2m), which is not much in this day and age, and yet if I were a club like Chelsea, Man Utd or Everton - any Premier League club who needs to improve their creative output - I would sign Hakim Ziyech tomorrow.

Van der Kraan's verdict: He's keen on Arsenal, and if I were Chelsea, Man United or Everton, I would sign him tomorrow. 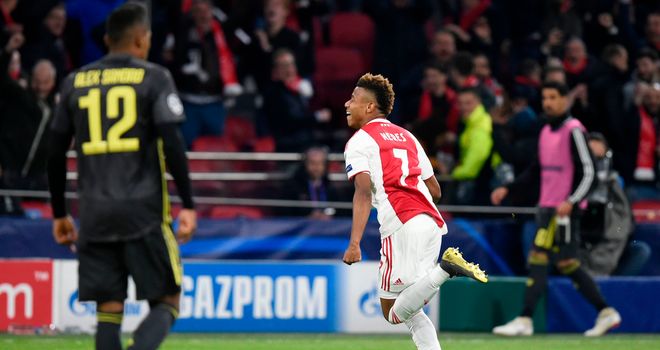 Ajax have already had a 50 million euro (£44.6m) offer from China or him, which was immediately turned down by Marc Overmars. That confirmed how highly they rate him and how integral he is to the side.

It also indicates that they expect to get more for him in the future and yet the boy is still very young and happy at Ajax, and the time to sell him is maybe not this summer.

We know he is an ideal winger for a number of Premier League clubs, but it also depends on how he does for Brazil at this summer's Copa America, because that sometimes creates other interest.

Ajax have turned down 50 million euros, so it will have to go to 80 or 90 for them to make a decision to sell him. I can see him staying for one more year at Ajax, and then moving.

Also, Overmars has already made it clear that if he dismantles this team too soon, they will have no chance of competing in the Champions League next season. They have built something up in Europe and you can maybe afford to sell one or two players, but you cannot afford to sell five or six and expect the same performances in the Champions League.

That is why Ajax will sit tight if anyone comes in for Neres.

Van der Kraan's verdict: I can see him staying for one more year at Ajax and then moving to England. This is probably the biggest chance of a move happening this summer. If I had to put my money on a player leaving, it would be Donny van de Beek.

He is a perfect backup for many clubs. He is not the No 1 for most clubs - I have seen scouts from Tottenham, Man United, Everton, Liverpool and Newcastle at Ajax Amsterdam Arena watching him a number of times.

He is an ideal player for the Premier League, he has the skills, like most Ajax players, and a big tank so he can run all day. But all these clubs have a priority list and Van de Beek seems the perfect backup for the big clubs.

I think he is keen on the Premier League, more than the Bundesliga or Serie A.

Van der Kraan's Verdict: If I had to put my money on a player leaving this summer, it would be Van de Beek. 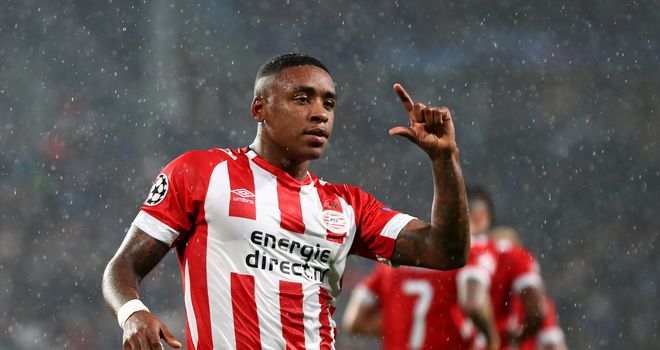 Over Christmas, we were getting pictures sent to our offices of Steven Bergwijn in London with his agent, so people immediately thought he had his deal for the summer sorted.

His agent is refusing to reveal who he was talking to, but that was also at a time when he had not been playing that regularly, or well, for PSV. So it gave these English clubs the chance to weigh him up over the second half of the season and he has done well, pushing for the Eredivisie title and he has been the No 1 in Holland's starting lineup in the Nations League.

Now, that would make it easy for English clubs to weigh him up, but who else has watched him? And in the Eredivisie, Ajax have been watching him and Overmars has put him top of the list for signings this summer. Ajax have
250 million euros (£223m) in the bank sitting there for transfers. They won't spend it all, because they do not believe signing foreigners is the way forward.

Instead, they want to sign young Dutch players and in their eyes Bergwijn is the ideal player to join their side and improve it. Bergwijn is up for it - he has been there in their youth academy and is still friends with a number of their players. I think the chances of Bergwijn joining Ajax is higher than him moving to the Premier League. That could come later, he has seen other players move through Ajax and land well in the Premier League thereafter.

Van der Kraan's verdict: The chances of Bergwijn joining Ajax is higher than him moving to the Premier League. 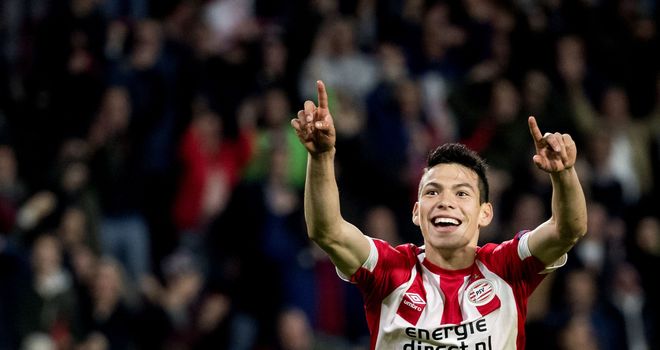 Hirving Lozano was destined to move very quickly from PSV, but sadly for him, on the last day of the season he suffered quite a bad injury. He needs months to recover and it is not an ideal situation for him to move now.

Clubs in Italy and Germany have looked at him, but are stalling and waiting to see if he improves and performs well at the start of the season. When the transfer market is still open, they will come back.

But at this moment, it has not been the ideal season for him.

Van der Kraan's verdict: Clubs are waiting to see if he recovers from injury before returning to make a move for him.