Anthony Joshua's steely focus might have wavered as Andy Ruiz Jr was named as his new opponent, but he should heed warnings from heavyweight upsets, says Johnny Nelson.

This was probably whispered about a week ago. It's not like Ruiz Jr has just got 31 days to prepare for a fight on June 1. 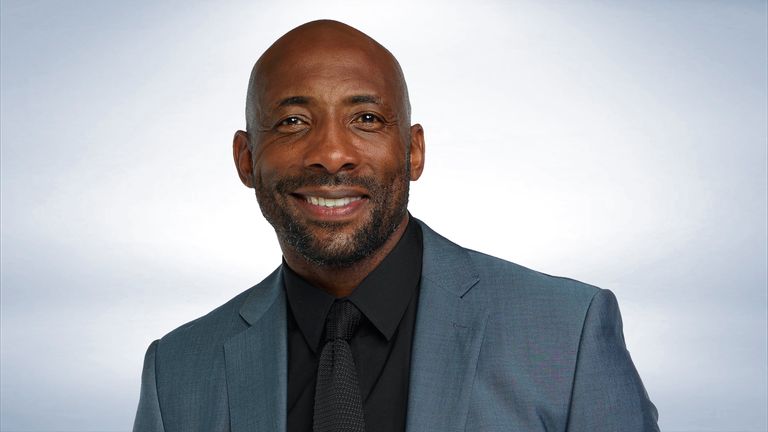 Now he's got the opportunity, the golden ticket to think it's a real Rocky story for him.

He's going to be criticised, you look at him, this guy doesn't look like a heavyweight fighter. He's got fast hands, only lost once and that was to Joseph Parker for the vacant WBO title. He's going to be busy, but he's up against it.

The problem is this - when these things happen, if you're a fighter, no matter what, you're going to drop your guard. You're going to think this isn't the guy I was originally fighting. He's not had much time to prepare for me.

Like Buster Douglas-Mike Tyson, Lennox Lewis-Hasim Rahman, there's fights out there that can always pull the rug from underneath you. For AJ, he's got to try and stay focused. He's got to think I have to stay professional. This is all about now showcasing AJ in the States.

Ruiz Jr tucks up tight, can take a shot, and he's a reactive fighter. Long right hand and he's fast with the jab. I just think with the height of AJ, he's going to now control what's in front of him. But Ruiz is a little bit shorter and boxes, I think completely differently from Miller did, who AJ has been preparing for in the last several weeks.

Ruiz Jr is confident. He'll have been eyeing up Anthony Joshua way before Anthony Joshua even knew who he was. Now he's got the opportunity, the golden ticket to think it's a real Rocky story for him. Now all of a sudden he's in a great position to fight for a heavyweight title.