Wilder vs Breazeale: Deontay Wilder says he will be last champion standing in heavyweight division

Watch Wilder's WBC title fight against Breazeale from 2am on Sunday May 19, live on Sky Sports Action and Sky Sports Main Event.

In an intriguing heavyweight division currently lacking confirmation of who the number one fighter is, Wilder and Tyson Fury looked to strengthen their grip on the rulership claim last December when they delivered a brilliant battle that was ultimately declared a draw. Drawing grand appraisals from both the boxing community and the mainstream world, Wilder and Fury bathed in adulation and a rematch between the pair appeared a natural fight to make. Almost five months on, the land of the giants, boxing's glamour league, is back to square one.

In the early hours of Sunday morning, live on Sky Sports, Wilder will defend his WBC title for the ninth time when he takes on fellow American Dominic Breazeale at Brooklyn's Barclays Center in New York City. Undoubtedly a stern test, Wilder will have to grant the well-spoken Californian his full respect if he's to be successful, but before discussing his imminent foe, Wilder was quick to point out why an immediate return with Fury is currently off the radar.

"You saw what happened in that final round didn't you?" asks Wilder, referring to his sensational last session knockdown of Fury that essentially saved him the fight. Although Fury beat the count, Wilder insists it left its mark. "He doesn't want to feel that power again. He doesn't want to be lying on the floor looking up to the sky knowing that I can find this punch at any moment I choose no matter how I've performed. His family don't want to see him like that and that's the reason why he left discussions for our rematch and ran all the way to Top Rank and ESPN because he can't beat me on my worst ever night."

FIGHT WEEK! All the hard work is complete. It's my time to shine on Saturday night! 👊🏾 #TROUBLE

With no Fury dance scheduled to take place in the near future, Wilder makes do with another old rival, although not on the level of the outspoken Mancunian. For years, Breazeale has pursued a bout with Wilder like a crazed lion enduring hunger pain. After various exchanges throughout their verbal rivalry, both men will have the chance to back up their boasts on Saturday night and Wilder is predicting a painful end for the man who succumbed to Anthony Joshua's ferocity back in 2016.

"Believe me right now, this is the truth. This is going to be an early night for me. I know I've got a load of fans in the UK who always go out of their way to show me love and I appreciate them staying up for this. They can set their alarms to get up and I promise that they'll be back in bed in no time because an early knockout is coming. I can just feel it. 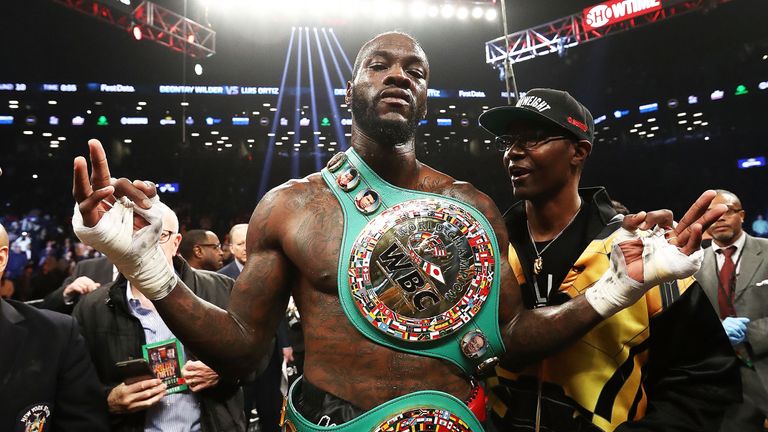