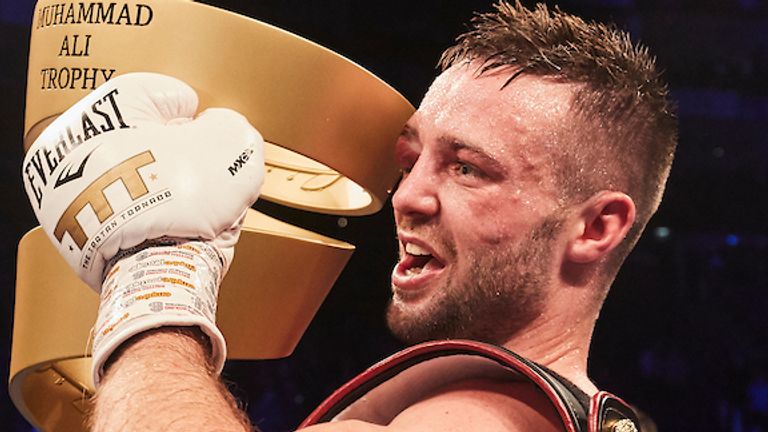 Josh Taylor believes he is finally getting the recognition he deserves as he looks forward to his world title defence against Jack Catterall next year.

However, the 30-year-old feels the fight against Catterall in Glasgow on February 26, live on Sky Sports, is the perfect stage to cement himself as one of the greats.

Speaking exclusively to Sky Sports News, Taylor said: "It's been a very proud year for me.

"I feel I'm now getting the recognition I deserve. I think I've been deserving of it for a long time but now I'm on the best platform.

"My fights are now going to be shown to the wider public here [in the UK] and over in America as well so my profile is only going to go through the roof now - especially if I keep getting the right results."

Although Taylor taunted Catterall about his tactics at a recent press conference, the WBC, WBA, IBF and WBO super-lightweight title holder is wary of the threat his challenger poses if he is not at his best. 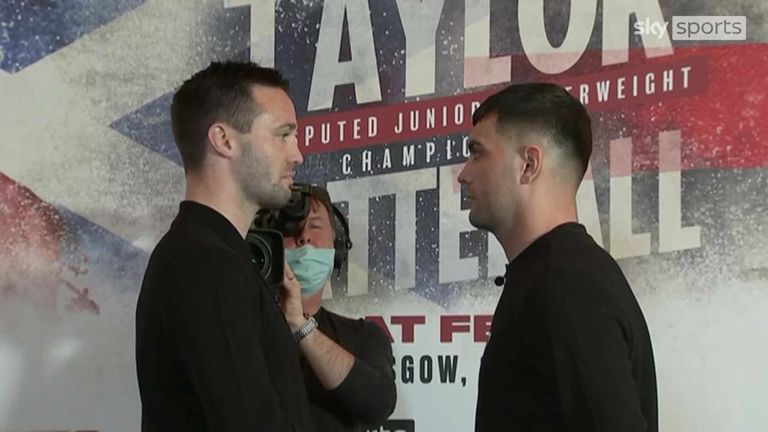 Catterall is also unbeaten with a 26-0 record and a former British and WBO intercontinental champion and on his opponent, Taylor said: "I'm preparing for a hard 12 rounds.

"He's a very good fighter, unbeaten and southpaw like myself.

"He's a come forward sort of pressure fighter and he likes to box a little bit as well so he's got a little bit of everything.

"I have got my hands full and I have to make sure that I go out there on form and if so, on the night, he won't get near me.

"I do believe he won't get anywhere near me, but it's up to me to go there and prove it."