"What we love about sport is drama and not knowing who will win until the very end. That's what T20 gives you. So often it goes down to the last over, the last ball. You are on the edge of your seat"

Morgan's men beat the Proteas by two runs at Kingsmead after the hosts managed only 12 of the 15 runs they required from Tom Curran's final over as they ended on 202-7 in reply to England's 204-7.

England and South Africa are now locked at 1-1 heading into Sunday's decider at Centurion, live on Sky Sports Cricket from 12pm, and Key says that is in no small part to the way Morgan dealt with his bowlers.

"I know Curran was brilliant, don't get me wrong, but I thought Morgan as a captain was unbelievable," said Sky Sports expert Key.

"Every ball, especially when they have been hit out the park, he comes up and slows the game down, speaks to his bowlers and gets them to think clearly. There is no rushing through.

"What we love about sport is drama and not knowing who will win until the very end. That's what T20 gives you. So often it goes down to the last over, the last ball. You are on the edge of your seat." 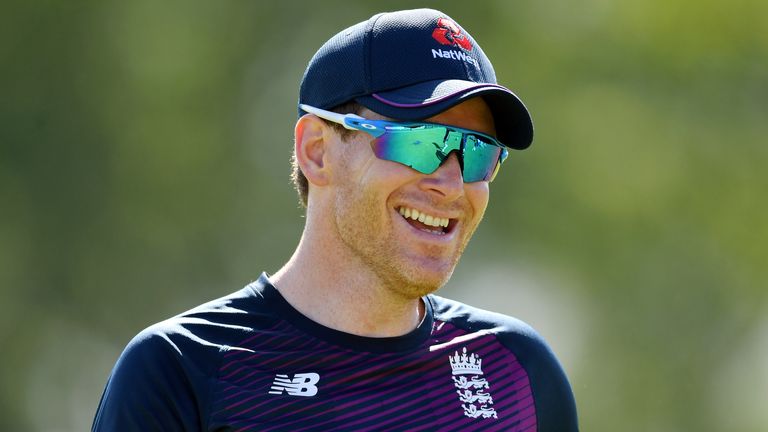 Everybody around the world knows it's his team and the players believe in him. He is calmness personified even when big hitters are going after the bowlers. He gives the backing to his bowlers.

South Africa reduced the requirement to five runs from three balls when Dwaine Pretorius struck Curran for six and four, only for the seamer to rebound by conceding only two runs from the fourth ball of the final over and then dismissing Pretorius and Bjorn Fortuin.

David Lloyd says the game - in which Moeen Ali clubbed an 11-ball 39 and Quinton de Kock hammered 65 from 22 balls - was a superb spectacle but feels the umpires "lost control" during the chaotic climax.

The Proteas players argued that Adil Rashid was inside the 30-yard circle when he took the catch off Curran to dismiss Fortuin short fine-leg, while it appeared that home captain De Kock instructed Pretorius to review his lbw dismissal from the South Africa dugout.

"It has been thrilling, brilliant skill from the players," said Bumble. "A game that went right down to the wire.

"T20 cricket at its very, very best. It sets it up brilliantly for Centurion because these two are going hammer and tongs."

Lloyd added: "The umpires lost control. It seemed to me like [South Africa's] Rassie van der Dussen was trying to control the game - he was in the umpire's ear all the time.

"The umpires were powerless to stop the 12th man running on and off but I thought the South Africans pressured them with the review and by saying Rashid was outside the inner circle.

"The umpires have to control the game and I want to see what the ICC says about players remonstrating with the officials."

Reflecting on England bouncing from their one-run defeat in the opener at East London, Morgan said: "I thought the performance and level of intensity we operated at was a considerable improvement.

"I thought South Africa had the better of the batting conditions - the ball seemed to skid on and it asked more questions of our bowlers but they came up trumps.

"The series has been magnificent so far - it has been a great advert for the game and hopefully Sunday is the same."

Watch the third T20I between South Africa and England, at SuperSport Park in Centurion, live on Sky Sports Cricket from 12pm on Sunday.