England face New Zealand in Brisbane today, live on Sky Sports Cricket (build-up from 7.30am UK time ahead of an 8am start) Michael Atherton dissects England's crunch clash at the Gabba

Is it time for change? Michael Atherton says England will keep the same balance but they need their top order firing if they are to stand any chance of reaching the T20 World Cup semi-finals.

England's batting has misfired so far, and they are bidding to bounce back from their defeat against Ireland when they take on New Zealand in Brisbane today.

Hopes of revitalising their campaign were thwarted after the crunch clash against Australia was abandoned by a Melbourne washout without a ball being bowled and more rain is forecast at the Gabba .

The Black Caps eliminated England at the semi-final stage 11 months ago but captain Jos Buttler knows his side need a win to realistically keep their hopes of a top-two finish in their Super 12s group alive to reach the semi-finals.

The pressure is on Buttler and Ben Stokes to start producing the goods with the latter registering just eight runs in two innings at the World Cup, a disappointing return given he has been elevated into the top four, and he remains without a half-century in 39 T20 internationals.

"The area they will be desperate to get right is that top order. They want Buttler to start getting some runs and stamp his authority. (Alex) Hales hasn't really found his best form, while (Dawid) Malan hasn't been really fluent and Ben Stokes hasn't fired at all," said Atherton.

"If you think of England in the last five or six years at white-ball cricket, it's really flowed from the dominance and the aggression right at the top. That's ability to take the game on, bat deep and go really hard at the top.

"They haven't really fired there, so that's the area they'll want to put right."

"Stokes could go to the top of the order. He's done that in IPL pretty well and gives you the balance, but I think they will keep the same side"

He added: "The man who has looked the most fluent has been Moeen Ali, but of course he's down the order.

"Stokes could go to the top of the order. He's done that in IPL pretty well and gives you the balance, but I think they will keep the same side.

"They're very reluctant to panic change and it's one game against Afghanistan, one bad performance, and a washout, so you don't want to panic because it's very little cricket that we're balancing it on."

Looking ahead to the New Zealand match, Atherton said: "England like to chase, while New Zealand have won both their games batting first and defending.

"More teams are batting first in this tournament than a year ago." 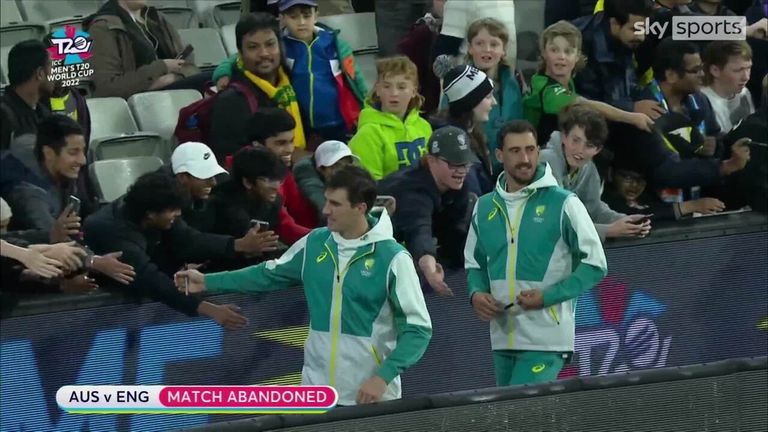 Australia have joined New Zealand on five points - two ahead of England - while reducing their net run-rate deficit, which will be decisive if teams finish level on points, after beating Ireland on Monday.

There is a scenario where England could win their remaining games and not go through.

"You lose a game and then you get a washout - that's the nature of this tournament," said England's former opening batsman, Atherton. "It's very short and sharp, there's no room for manoeuvre if you mess up.

"There's also a bit of clarity and sometimes that clarity can help you because you know you need to win and it takes that doubt out of your mind."

Watch England vs New Zealand on Tuesday live on Sky Sports Cricket. Build-up begins at 7.30am ahead of an 8am start in Brisbane.